Are You Ready for Hackneyed? 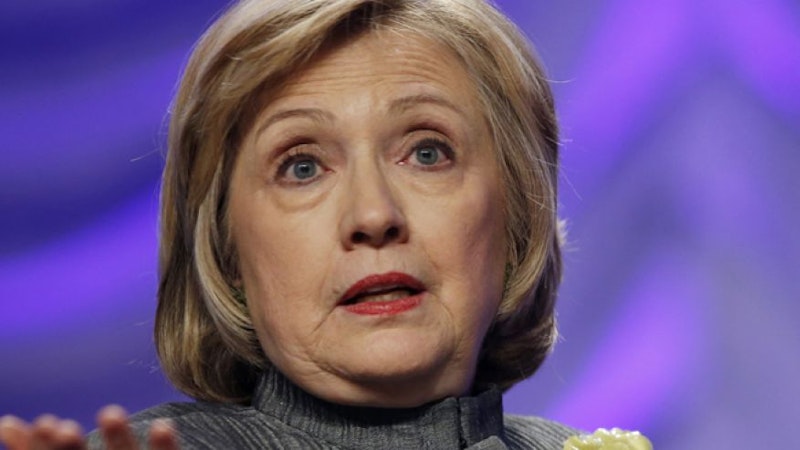 Virtually all politicians are liars, and the best way to predict what double-talk they’ll spew on any given day, I’ve learned, is simply to see where they’re speaking. Crowd of union laborers? The politician sounds a bit protectionist today! Crowd of CEOs? So surprisingly pro-business in today’s speech! Politicians don’t so much have coherent philosophies as they do stacks of site-appropriate 3x5 cards, shufflable at will.

So who was Hillary Clinton addressing when she warned the world yesterday about ride-sharing businesses like Uber? Fittingly, she was at the New School in New York City, the leftist college heavily influenced by the Frankfurt School Marxists. Like school co-founder John Dewey before her, she must have felt at home there when she promised “principled and pragmatic and progressive” policies.

They may be steeped in Continental thinking there, but clearly it’s Uber that has the Nietzsche-like courage to turn over the law tables and dare new things. If that bothers cabbie unions—or any other unions with whom Clinton and the Democrats are cozy, whether here or in France—so be it.

Clinton warned that Americans are “renting out a spare room, designing websites, selling products they design themselves at home, or even driving their own car... creating exciting opportunities and unleashing innovation but... raising hard questions about workplace protections.” And she has the answers, apparently: “I’ll crack down on bosses who exploit employees by misclassifying them as contractors or even steal their wages.”

As someone who wants businesses free to experiment without hewing to stagnant, unionized, inflexible old business models—and free to contract with willing partners and willing customers however they please—I have only one real complaint about ride-sharing companies, and it gets back to the aforementioned Continental philosophy.

My beef is that Lyft used to put giant mustaches on its cars, even though Uber is the company named after the “ubermensch,” or superman, found in the philosophy of famously giant-mustache-sporting Nietzsche.

Beyond that, I’m not much bothered by new business approaches. Neither are workers at Clinton’s PAC, who’ve reportedly racked up many miles using Uber. But no matter what you think of Uber or any other business, even the dreaded unhip ones who also had rights last time I checked, don’t imagine that Clinton or any other politician has the magical ability to improve businesses’ working conditions and salaries while simultaneously protecting their profitability and spurring innovation.

All those things fit neatly in the same 3x5 card stack, but that doesn’t mean government knows how to balance them better than freely negotiating entrepreneurs, workers, and customers do. We’ll work it out without you, Mrs. Clinton.