Government is what stitches people together, says Todd Seavey. 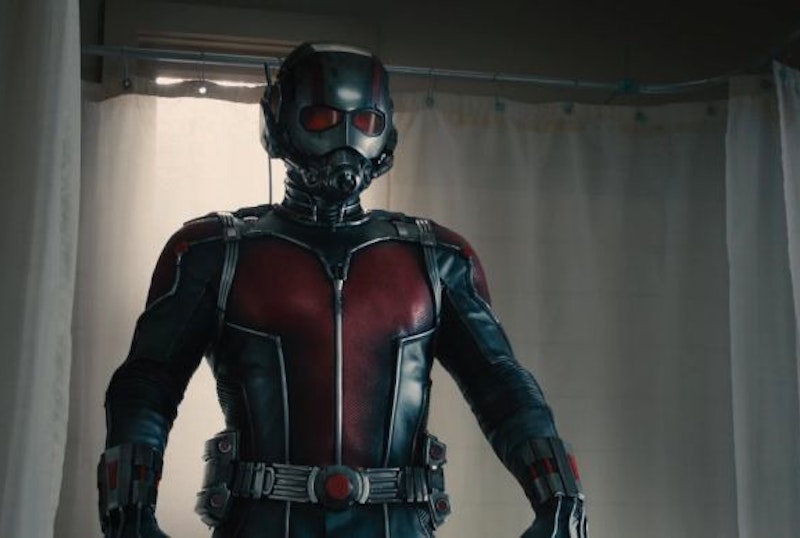 I’m suddenly more excited over this week’s smaller-than-usual Marvel Studios release, Ant-Man, about a former thief redeeming himself by shrinking and fighting evil.

It’s rumored the film features a glimpse of the subatomic universe called the Microverse. In the comics, back when I was a kid, that’s where the freedom-fighters known as the Micronauts, such as the green-skinned warrior Bug, battled the evil tyrant Baron Karza. You may recall the action figures. I dreamed of the day the characters would make it to the big screen.

I realized about five years ago, though, that cinema had just handed us a much better arthropodal metaphor for government: Dutch director Tom Six’s notorious Human Centipede films. Without getting too graphic here, let’s just say that in each film a madman stitches several unfortunate prisoners together into a single miserable organism.

Given how horrific the premise is (and how notoriously disturbing the details are), people gauging the health of the culture may be pleased to know that all three films in the series combined, including the third out just two months ago, have made only about $400,000. (For perspective, the Avengers film prior to Ant-Man made $1.4 billion.)

But Six has performed a service even for those of us who haven’t seen his films and don’t plan to. He’s given us the perfect metaphor for forced collectivism.

After all, despite all the talk one hears about free-market individualists being callous, what could be more transparently sociopathic than looking out at the teeming billions of humans in this world, pursuing their diverse and ultimately unknowable goals, and saying: “All of these people should be threatened with taxes, fines, and jail time unless they behave as a single giant unit—and if I help force them to submit to that plan, I am an enlightened and especially moral person! Not like those rotten Republicans!”

We ought to start using the terms “socialist” and “sociopath” more interchangeably. After all, there is nothing humane—and certainly nothing convenient or efficient—about binding innocent individuals together into a chain gang, or kidnapping an entire family because you fear they may choose to vacation separately and you believe you can foster togetherness. Likewise there’s nothing humane about forcing 300 million people into one retirement plan, one health plan, one poverty-fighting plan, one system of self-defense.

Government is what happens when we give in to the mad German scientist inside, the one who whispers, “One nation! One body politic! One centipede!” Don’t give in, not even for a moment.