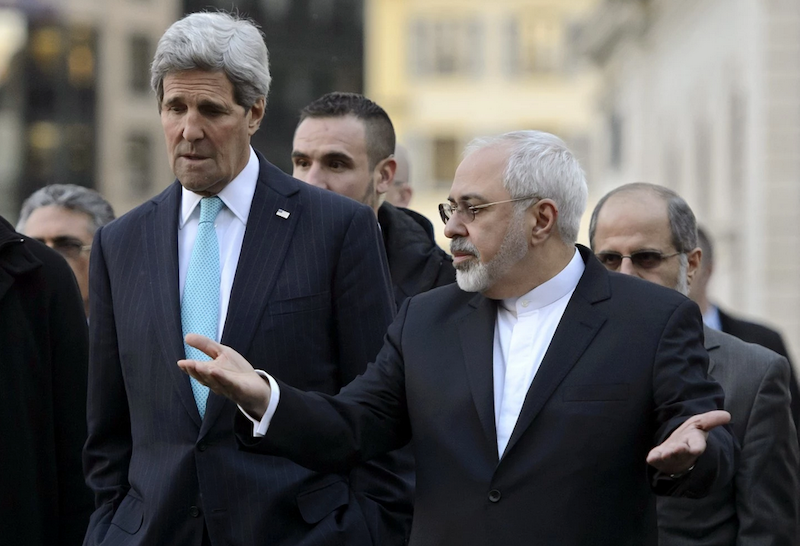 Listening to President Obama defend the nuke deal with Iran, Dana Milbank felt misgivings. Obama, Milbank wrote for The Washington Post, “ultimately acknowledged that the United States just doesn’t have the clout to enforce its will.” What Milbank doesn't know is that this sad situation has dogged the United States for 226 years and will stay with us for as long as we exist. Milbank ought to know. Any adult should, plus most kids with access to history textbooks. A time-tested historical principle is involved: clean sweep is not default. You get a half a loaf, or three quarters, or one quarter. But you don't get everything you want, not even if you want it very much and say so loudly.

Understand that Milbank wasn't criticizing the agreement itself, and I'm not defending it. It's quite possible that this agreement is a case of us getting three quarters of a loaf, in which case I'm happy. But I'll leave that to people who have read more about it. What I have in mind is the flabbiness of Milbank's critique. He doesn't say what he has against the agreement itself. Instead he takes a standard feature of life on earth—namely, that getting exactly what you want is a rare thing and not to be counted on—and turns it into evidence that Obama has given up on American power. The President, Milbank wrote, made the argument “that American power is limited—that this is the best deal we could get with our declining leverage. His defenders call it realism; it also may amount to ratifying retreat.”

Well! Milbank's column surveys a press conference where Obama spoke for about an hour, almost all of it about the nuke deal. Apparently Obama said nothing about declining leverage or a slump in American standing. At least Milbank offers no quotes to that effect. Even so, Milbank feels what he feels: “Mostly what came through was a defense of what future historians may describe as the Obama doctrine: an America that recognizes the limits of its power and acts less ambitiously.” That's some big talk, what with an Obama Doctrine and all. Foreign policy has this effect on some.

That would be some deal. The last time we got a deal like that, we had dropped atomic bombs on Japan. Is that what we've declined from? Then we'd already gone down the slope when Nixon and Kissinger did their deals with the Soviet Union. Negotiations between powers don't result in transformation, not unless one of the countries is flat on its back. Nor do the negotiations turn the countries into friends. The countries don't have to like each other; they talk because that way they can live more cheaply and securely than if they let problems boil into an explosion.

“His defenders call it realism,” Milbank scoffs, reflecting on Obama's alleged preoccupation with America's alleged “declining leverage.” No, that's not what they call realism. The word “realism,” in foreign policy, usually refers to a particular approach, one that (among other things) leaves regimes unchanged while they work out where their interests don't conflict. Nixon and Kissinger were realists, and so were George H.W. Bush and James Baker. So is Barack Obama, who has written about how much he admires the first Bush's foreign policy. Realism, in this sense, has led to some awful decisions and some good ones. But it's nothing new, and decline is not its rationale or its cause. Not unless you count original sin, because the premise of foreign policy realism is that it's a bad old world.

A nasty regime can sign a useful agreement if doing so is in the regime's interest. That's the realist precept that the world's leading nations just acted on. They don't want Iran to build nuclear weapons; Iran doesn't want its economy strangled. Therefore, Iran and the nations discussed what Iran has to do to its nuclear program in order for the nations to remove their economic sanctions. Iran didn't become the kind of country that doesn't support terrorism, or the kind that has no foreigners in its prisons. Its government is the same as before, except now (according to the agreement) it will run the country's nuclear program in such a way that building nuclear weapons will be a much more remote possibility.

That's the sort of thing that talks can accomplish; if these talks have accomplished as much, then it's plenty. Meanwhile, Dana Milbank thinks weighty thoughts about decline and doctrines.