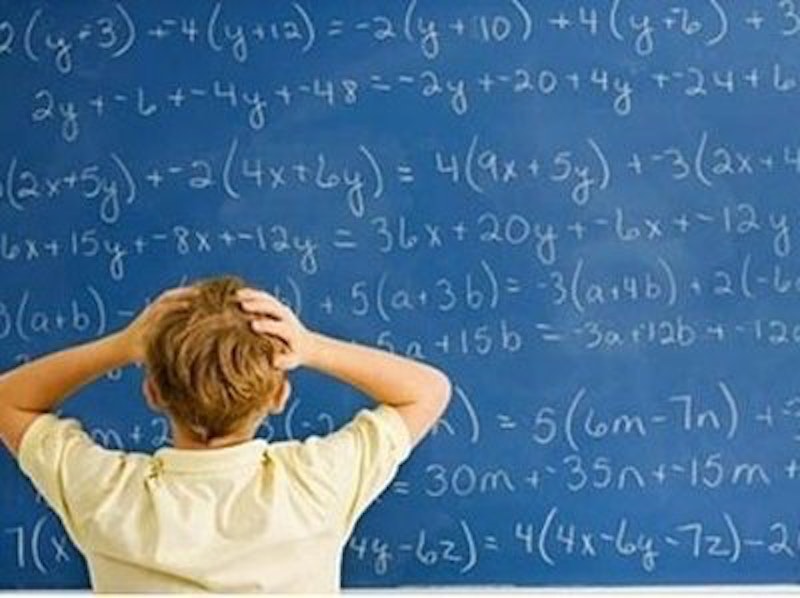 People are finally banding together to control language, repress bad comedians, and replace all slurs with euphemisms and all euphemisms with further euphemisms. Together, we’ve come to realize that the future depends on the annihilation of indefinitely many inappropriate and offensive strings of phonemes. Words have power. We are the stories we tell. Our very reality is woven of words. There is no place for that kind of hate on our campus.

But another threat looms, a threat too little apprehended: the threat of numbers. If words can constitute violence, then I'd like someone to explain why numbers can't. If words are powerful, it’d be silly to deny that numbers are powerful. We are vulnerable, we might say, to the abstract realm, or wherever it is that things like words and numbers “exist.” Oppression to a great extent consists of the numbers we use.

Many numbers are offensive, and any number can be weaponized. Numbers, as we know, are auspicious or inauspicious, lucky or unlucky, active or inert. Whether it's the mark of the beast or the seventh son of the seventh son, numbers are all too often the apocalyptic carriers of pain and degradation. The history of the use of numbers in necromancy and witchcraft, voodoo and Masonism, fascism and economics, is well known. Certain numbers have great potency. God is 1 and 3, perhaps 7 and 12, but as we'll see, He is definitely not 22.

The history of racial oppression, for example, is inconceivable without numbers, and the slave trade assigned to each human body a numerical price. We control people by separating them into groups and quantifying them; that sort of thinking underlies many racial and gender stereotypes. “Zero” may not represent a coherent concept, but it’s the very essence of silencing; it’s the non-being to which we consign the Other, a void which swallows the self-esteem of whole demographic segments. Too many of our children have been told their whole lives that they’re zeros. How long, America?

In the immortal words of Patrick McGoohan, "I am not a number. I am a free man!" We assign numbers to prisoners. We treat children differentially according to their IQ and SAT scores, and people will use such things to characterize whole racial or gender groups, discriminate against them, and condemn them to stunted lives. How few Twitter followers you have, or how few likes you get, might destroy your self-esteem; it’s a kind of collective cyber-bullying by omission.  Recently, I was totaling up my indebtedness. The result was a number, a number that’s depressing me, as similar numbers have oppressed so many others.

Just to take a real-world example: one of the most terrifying developments on social media today is the numerical slur, which is to traditional cyber-bullying what Bitcoin is to cash. I asked “Jessica,” a typical American teenager, about this terrifying new development. "22 is an all-purpose supertroll attack!" she told me with her typical American teenage exuberance, "it means whatever race and gender and stuff the person reading it happens to be." In other words, a Snapchat cyber-weapon.

To clarify for adults who aren't aware of what their children do online, “22” is an indexical slur. As “you” refers to you, the reader, “22” refers in an insulting way to your very own race, gender, sexuality, region, age, outfit, mama, and so on. “22” makes my skin crawl. Have you ever noticed its resemblance to the SS insignia or even a swastika? It must be eliminated from the number line. Admittedly, it’s as hard to see what could destroy a number as it is to see what could destroy a word. But Americans dream big. “22” is not who we are as a people. We have the greatest military the world has ever known. We can destroy 22 somehow, and in time we won't even feel the hole. That hole will make mathematics impossible, of course.

When they cut the budget for the EPA or the sciences or the State Department, they express it in terms of percentages; neoliberal austerity measures lean on numbers like an abusive man leans on a good woman. Which is a bigger problem, Trump's billions or his tweets? But in the digital environment, even the tweets consist ultimately of numbers, as does fake news itself. Perhaps, as Pythagoras taught, the universe itself consists of numbers.

We live more and more in a reality built out of ones and zeros, usses and thems, ones and others, what counts and what doesn't, a digital landscape in which numbers underlie even words, in which words and pictures and jokes and slurs and micro-aggressions are built from integers and consist in them. It’s a world of invidious dualisms such as the gender binary, a world completely characterized by its oppositions. Some cosmologists even think the universe consists of information, and as Pythagoras said that reality was made of numbers, today's professors teach that it’s made of words. But controlling the numbers is just as important, if we want to achieve the sort of change we seek.