Chimp-Like Trump All Thumbs Regarding Wiretaps 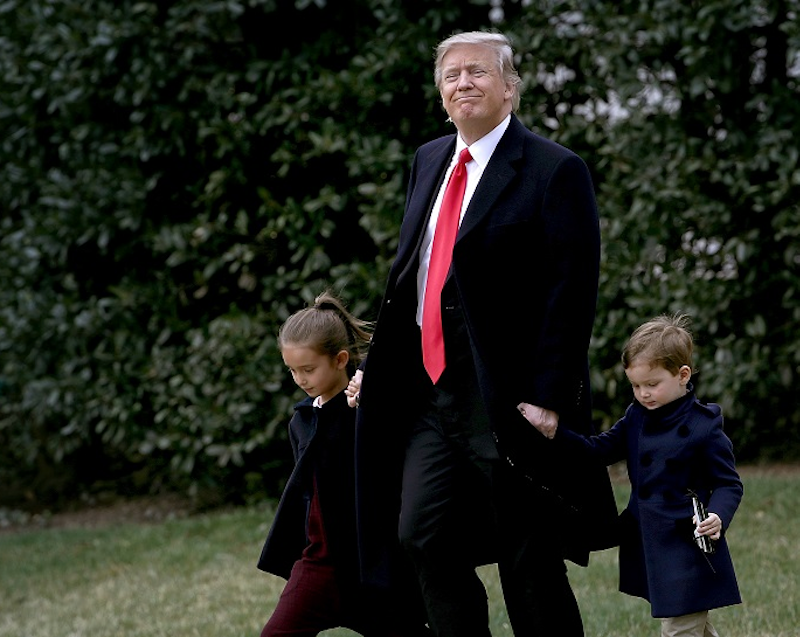 Breitbart ticks down the points, crisp: “The Obama administration files a request with the Foreign Intelligence Surveillance Court (FISA) to monitor communications involving Donald Trump… The Obama administration submits a new, narrow request to the FISA court, now focused on a computer server in Trump Tower suspected of links to Russian banks. No evidence is found—but the wiretaps continue,” etc. Read through Breitbart’s account (sorry, I refuse to link) and you’ll find some odd things. Attributions go missing at key points. Doings by Wikileaks and Trump take up space on what’s allegedly a list of Obama misdeeds (“the known steps taken by President Barack Obama’s administration in its last months to undermine Donald Trump’s presidential campaign and, later, his new administration”). A false claim is made regarding what’s in a linked source. Mark Levin is presented as an authority.

And “wiretaps” shows up from nowhere. First the account claims that Obama’s people wanted to “monitor communications,” then that they were “focused on a computer server.” Then, the very next sentence, we get “the wiretaps continue.” What wiretaps? The people were looking at a server. That is, if they were looking at anything. But here we have the word that launched a million tweets. Because somebody at Breitbart stuck “wiretaps” into an article, the nation’s chief executive sounded the alarm about his phone calls being surveilled. Put another way, he tweeted out some frantic, misspelled semi-thoughts, most likely with an eye to muddying up the suspicions against him regarding Russia. Then legislators, journalists, and news junkies spent the weekend thrashing about in search of clarity on this new development.

At the moment, the straight-line explanation of events is this: our man in charge is actually a chimp and somehow he acquired thumbs. Not knowing what to do with them, he tweets. The rest of us care because we have to. He’s boss of the nation. If he says a president ordered wiretaps, we have to take it seriously. But it isn’t serious. This fellow doesn’t know more than we do. In key areas he knows less. For instance, Breitbart’s a dodgy news source and it’s edited like shit. There, he doesn’t know that.

Glenn Kessler at The Washington Post looks at various problems with the Breitbart piece, most notably that its main allegations are pinned to a second piece, one that relies on “sources with links to the counter-intelligence community.” Well, two such sources, neither of them with a name. So we’re told by the piece’s author, Louise Mensch. Do you trust Louise Mensch? Do you trust Heat Street (where her article appeared)? I’ll reserve judgment on both. But what a tiny pair of feet to find beneath this shambling giant of outrage.

Kessler lays stress on the very good point that Trump normally says that anonymous sources are all made up. I’ll add that the Breitbart piece and the Trump team’s follow-up press communications do much citing of The New York Times, that despised vessel of lies. There’s also the business of the non-sourced wiretaps, which are mentioned nowhere in the Mensch piece or the articles cited by Trump’s people. Finally, I mentioned a link that led to something other than advertised. Here’s the relevant sentence: “No evidence is found but the wiretaps continue, ostensibly for national security reasons, Andrew McCarthy at National Review later notes.” I clicked the link and read McCarthy’s piece. It’s written with his usual force and lucidity, and I see no way in which it says that any monitoring—let alone wiretapping—was continued or discontinued. It does suggest that maybe the FBI went looking for a warrant on national security grounds after not getting one on criminal grounds. But that’s not the same thing, nor does McCarthy claim certainty about this point.

One reads that Trump spent Sunday morning feeling fraught because his fellow Republicans didn’t step up for him on the shows. The papers were full of his wiretap claims, so that was good. But then he turned on the TV and discovered a great wilting. “I’m not the person who went out there and said it,” protested Sen. Marco Rubio when asked about the wiretapping story. Trump may have noticed that his own people took a similar line. “I will let the President speak for himself,” said the White House’s deputy press secretary. “You’re his spokesperson,” said Martha Raddatz. Yeah, whatever.

If Trump floated his story to muddy up the Russia suspicions, he has to find a better grade of mud. Breitbart doesn’t cut it. Rubio knows that, so does the deputy press secretary. Trump doesn’t and he’s determined to prove as much. Really, what a waste of thumbs.