An Unexamined Dilemma for “The Resistance”

Are Trump’s detractors ready for a Mike Pence presidency? 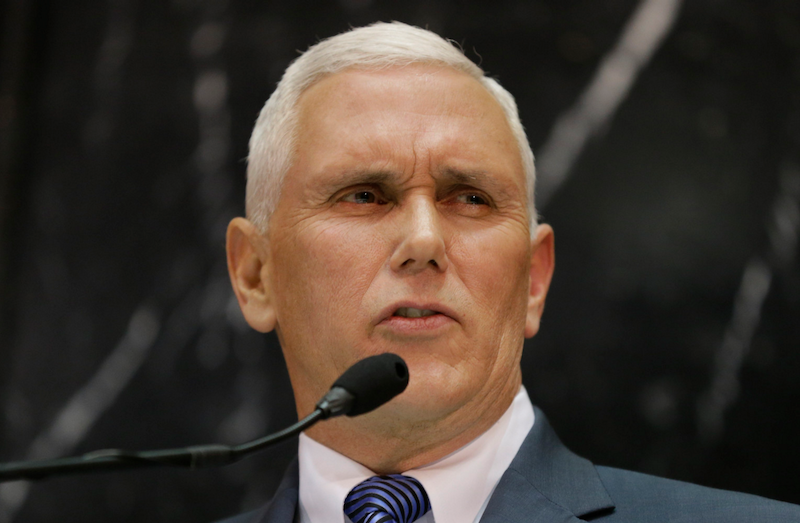 I was lost this weekend trying, in vain, to decipher the fusillade of information, speculation, and lies regarding Donald Trump’s accusations that Barack Obama wiretapped his Trump Tower phones; the lingering petulance of the president over Attorney General Jeff Sessions acceding to demands that he recuse himself from alleged Russian skullduggery in November’s election; plus all the usual static from “fake news” websites, which at this point might include the entire Internet.

The Rolling Stones’ masterpiece “Tumbling Dice” raced through my mind while looking at all the conflicting stories, one every five minutes—sometimes with meaningless “Breaking News” kickers—over what, as “Resistance” liberals call him, “45” has been up to. Tell me these lines that Mick spat out in 1972 don’t make sense: “Always in a hurry, I never stop to worry/Don’t you see the time flashin’ by/Honey, got no money/I’m all sixes and sevens and nines/Say now, baby, I’m the rank outsider/You can be my partner in crime.” Will Trump be impeached, and then convicted, by summer’s end? Might someone more crackers than the president himself knock him off at a pity campaign rally? Will the Great Wall of Mexico ever get built? (I say no on that last one.) I’ve no idea how the next months, let alone this week, play out for Trump and his rag-tag administration, and anyone who offers a definitive scenario just isn’t being honest.

Twitter’s a mess. The Wall Street Journal’s Bret Stephens, an extraordinary journalist who let his virulent opposition to Trump during the campaign overwhelm his normally rational writing, tweeted over the weekend, wondering when Republicans would realize that Trump is “mentally ill.” Some hours later, Stephens thought better of that undoubtedly rat-a-tat-tat post and deleted it, causing some consternation among liberals who, for one time, were in accordance with the conservative columnist.

At a Christmas party in late-December, an old friend of mine and I were jabbering about politics, as we do every year during our annual conversation, and he insisted that teetotaler Trump was on some sort of amphetamine-based cocktail—presumably a different batter than what Dr. Feelgood fed JFK in the early-1960s—and though I wasn’t entirely convinced at the time, it certainly appears (appears!) to be on the nose right now. I dig Trump’s use of Twitter to circumvent and confuse the media, who still—still—are pissed that he’s not behaving like every other president they’ve covered, but it’s all getting too rich. After the past couple of months of non-stop Trump stories, a relentless descent into the bad kind of absurd, I feel like I’ve overindulged and wolfed down four Nathan’s dogs with kraut, cheese, and mustard at one sitting. Man, I need a breather!

I did find it laughable that Monday’s lead editorial in The New York Times cited former villain James Comey as the New Rational Kid in Town. One sentence from the paper who, until, oh, a week or so ago, blamed Comey for Trump’s election: “In other words, the F.B.I director was demanding that Justice officially declare the president to be misleading the public.” Turn your head for a minute, or check MLB’s news from spring training, and new alliances are formed. I’m dizzy, how about you?

But here’s something I’m certain of: the liberals and left-wing fringe, so trapped in the mindset of getting Trump out of the White House, have paid almost no attention, if that occurs, to his successor. Is Mike Pence, the religious zealot from Indiana, where he was a proponent of gay conversion “therapy” (in the 21st century yet!) and a vocal opponent of abortion, really preferable to Trump, who, given his shifting set of beliefs, has given no indication of such Religious Right malarkey? It’s said that, well at least Pence wouldn’t have Trump’s itchy finger on The Button, but who knows? Frankly, I don’t think either wants to destroy the world. Pence is more buttoned-down than Trump (who isn’t) and isn’t given to immediately acting out his grievances on Twitter. But make no mistake: Pence is a committed ideologue on social/cultural issues, more of a foreign policy hawk than Trump, and just as xenophobic. Cool! At least Trump won’t be in the White House.