It’s All About Me 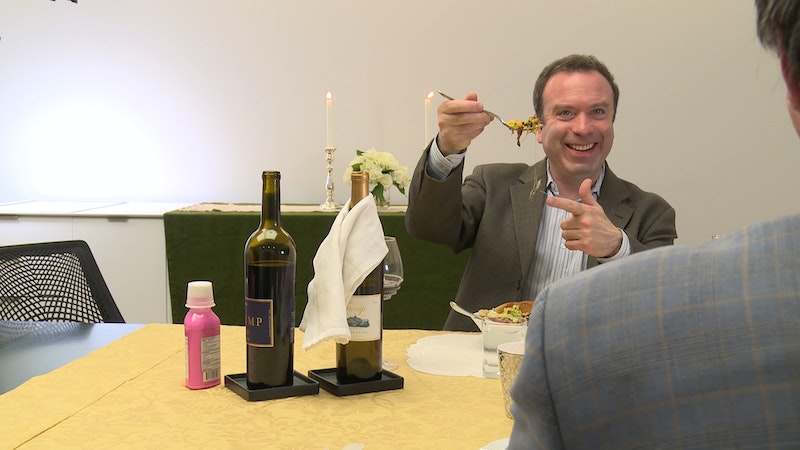 The U.K. Brexit vote last Thursday has demonstrated—in a barrage of commentary—just how damaged, and by-the-hour increasingly irrelevant, American media has become over the past year. Legacy newspaper grandees, some of whom were once legitimately influential within a bubble, others mere pretenders to that status—have embarrassed themselves so thoroughly that in an objective industry they’d be tossed out on their ear. George Will, the Washington Post columnist and Sunday morning TV fixture, proclaimed last week that because of Donald Trump, he’s changed his voting registration from Republican to Unaffiliated. Not surprisingly, the world chugged ahead, either unaware of Will’s supposedly startling announcement, or, simply uninterested. There’s no shortage of disaffected Republicans—many from both Bush administrations—who’ve similarly declared that they can’t vote for Trump, which is their choice, and ought to be taken at face value. But who cares if Will has made that leap? If the septuagenarian pundit who once got in hot water for helping Ronald Reagan prepare for a debate—an actionable offense one might reasonably conclude—believes his “news,” delivered with what he considers “gravitas,” will change one voter’s mind, then it really is time for Will to either take up residence in a luxury box at Wrigley Field, or get carted away to the funny farm by Napoleon XIV.

More galling is Will’s Post colleague Dana Milbank, a blight on the reputations of the few remaining serious journalists, writing last Friday that Trump is “the best recruitment tool [terrorist groups] have ever had.” That’s histrionic on its own, but Milbank continues: “Though my sympathies are with the center-left, my instinct is to find fault and hypocrisy on both sides. But [Trump] is different. This feels personal. Far-right nationalism is supposed to be a product of other countries… In Britain, a xenophobic strain empowered the Brexit disaster. But here in pluralistic United States, you weren’t supposed to be able to win by attacking immigrants, racial minorities and the disabled—or by proposing to ban immigration by members of a religious minority and to force those already here to register.”

He then catalogs all the anti-Semitic comments on social media directed at him, Milbank, the arbiter of hypocrisy and irony in politics. It seems daft to tell a 48-year-old man to grow up, that if you write in a public arena some readers will applaud and others howl in disgust—often in crude, barely literate messages—but Milbank chooses to pout. He lists other Jewish journalists, friends, who’ve also received ugly and anonymous threats from detractors, saying that one writer even bought a gun to protect herself. I understand that these vile reactions aren’t pleasant, but apparently Milbank hasn’t awoken to the new and unfiltered world of Twitter, Facebook and other outlets where such posts are common. Pre-Internet, the jottings of loons also existed, but were thrown away by gatekeepers of Letters To the Editor columns. I wrote a conservative/libertarian column, MUGGER, for New York Press in the 1990s, and also received death threats, obscene faxes and noxious packages (a dead rat, human feces, etc.) at my office, but aside from changing my home phone number to unlisted, ignored it all. It goes with the territory.

Milbank also fibs about his past commentary, writing: “It’s gratifying now to see that the American public appears to be rejecting, resoundingly, Trump’s bigotry. It confirms what I argued last year, that Trump is a ‘sure loser’ in November, because ‘Americans, in a general election, will never choose a candidate who expresses the bigotry and misogyny that Trump has, regardless of his attributes.’” Sure, Dana: that was also the column in which you promised Trump wouldn’t even be the GOP nominee, so why not allow that high horse to get back to the stable?

As for Milbank’s rat-a-tat-tat reaction (and hundreds more in the media) that Brexit is a “disaster,” how does he know? Frankly, from a purely pecuniary interest, I’d hoped that the UK would remain in the EU, because global market pandemonium, even in the short-term, isn’t my favorite spectator sport. However, were I a UK citizen, I’d have voted for Brexit, simply because the EU exemplifies the more-government-is-better mindset (like Obama and Clinton) and who’d want Brussels making decisions for your own country? Outgoing Prime Minister David Cameron, typically, underestimated the early swell for Brexit, and, staking his leadership on the referendum (which he didn’t have to hold!), made a hash of his belated campaign for remaining in the EU. The less said about Labour leader Jeremy Corbyn the better, but here’s hoping he disappears into obscurity as well.

Monday’s Wall Street Journal—the paper had been ambivalent about Brexit leading up to the vote—ran an editorial that made sense. The Journal, no fan of either Clinton or Trump, nonetheless urged both candidates—the paper’s written off Obama as an EU-bootlicker—to propose “bilateral free-trade talks that run alongside current talks with the EU,” saying such a move would give Britain “leverage” in its negotiations with Brussels. The Journal also urged—as did The New York Sun—Trump and Paul Ryan to hold a joint press conference “saying they’d welcome British trade talks… This would show statesmanship by Mr. Trump, allay some concerns about his protectionism, and offer a welcome opportunity for the two men to agree about something.”

While ostrich pundits continue to parse polls for November’s election—exulting in Clinton’s lead—others realize that, for better or worse, Trump is the beneficiary of the Western world revolting against the status quo, which makes Clinton vulnerable as there’s no better symbol of politics-as-usual than her. Brexit’s a bump for Trump: as always, it’s impossible to tell how the mercurial (to be charitable) candidate will comport himself in the wake of Europe’s unrest, but the opportunity’s there for his taking.