Monica’s Letter to the President

Mrs. Quibbits has something to say to President Obama. 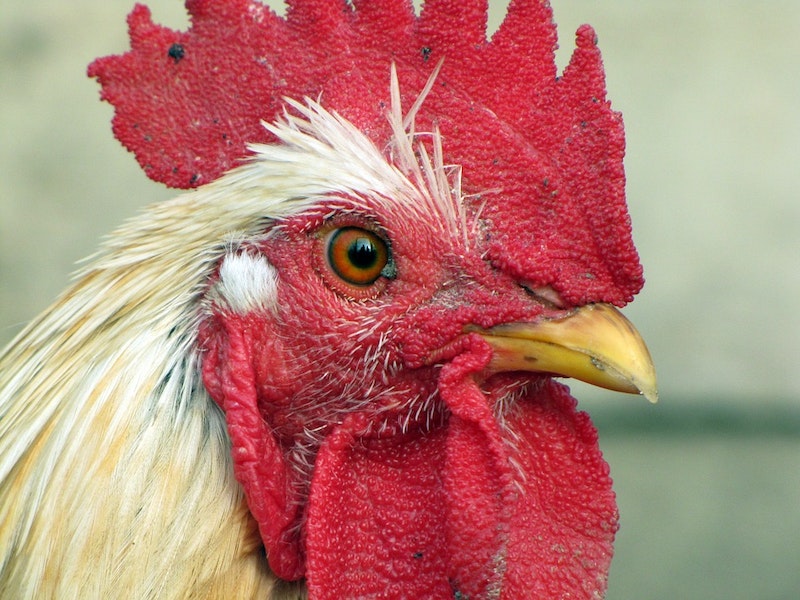 My name is Monica Quibbits. I hope I addressed this correctly. I wasn’t sure if you lived in the Oval Office or that’s just where you sign the bills. If you’re reading this, I’m a hen born and raised outside of Boston, Massachusetts. I write to you from the desk of my gentleman caretaker, Sir Bishop, and before I go on I have to tell you what a wonderful man he is. A great farmer, he really rakes in the crops every year, ha ha—oh, oh, forget it, I just can’t take it anymore, I need to know where my husband is, Mr. President! His name is Rooster Quibbits, and we’ve been married for over 60 years. You can check the CIA’s registry on that. My husband has been places. He’s worked for people you don’t even know about, people that were long dead by the time you came around. No disrespect intended, but this letter, oh, I just don’t know what to do! It’s not my last resort—that would be squawking and spur clawing my way right into that White House of yours and giving you a good pecking (that’s not a threat, it’s a warning)—but I’m at my wit’s end worrying about my hubby Rooster. He’s been missing for nearly a month. Where is he? TELL ME.

I can give you the information I have, which isn’t much. I know he had lunch with our friend and yours John Boehner at the end of April, and he told me it was a disaster. Really embarrassing for him. He can’t get brunch there anymore because of the spectacle that the former Speaker made of himself there! Anyway, they met a couple more times, Rooster was just being nice, it was a “mending fences” type of thing. They were driving in D.C. around the middle of May, and Boehner was still crying. He never stops! Such a lush. So anyway, Rooster’s cousin Bennington (asshole) was riding along with Donald Trump of all people when Trump got out of his limo and ran up to Boehner and Rooster’s car and pulled Boehner out and assaulted him. I mean, badly. Wounds. You know what happened. That was the last time that Rooster saw John that I know of. I’ll have you know that Bennington is no longer welcome at barnyard pecking session or any farm activities for the foreseeable future. He’s a troublemaker, and always so mean to me! He called me a turkey because I voted for Hillary, meanwhile he voted for Jill Stein four years ago! I mean, please!

Sorry, us Quibbits go on sometimes. We ramble. I want my husband back. I also want immunity from any prosecution or investigation. Note that the white powder enclosed in this envelope is not Anthrax but high quality co-cai-ay-na, straight from the streets of Boston. I was listening to a podcast about President Kennedy and how he used amphetamines to solve the Cuban Missile Crisis, so I offer this to you as a gesture. I apologize that I couldn’t find a baggie. We don’t have much plastic around the farm! Ha ha. Tell me where my husband is or I will kill you, Mr. President. My love is strong.