Women in Politics: A Double Standard

The first rule, and arguably the most important, is to be pretty. 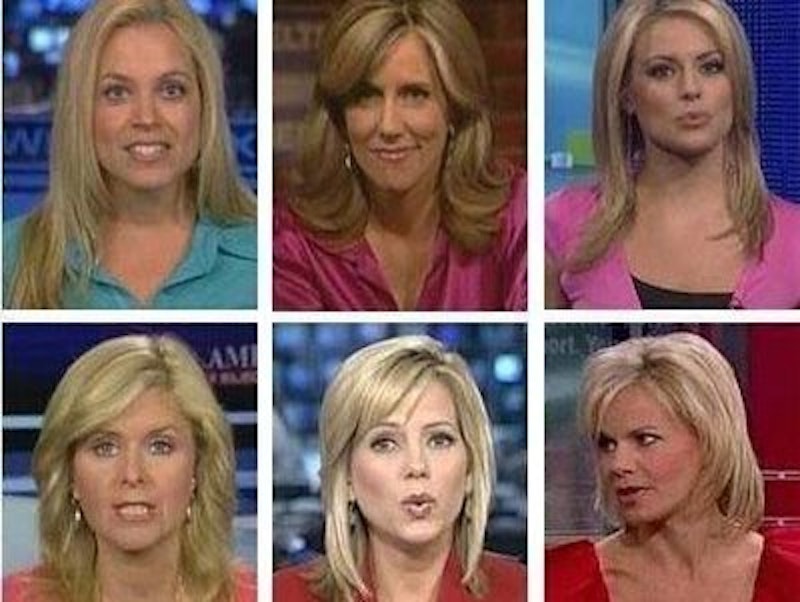 A recent Atlantic article explores the curious limbo that a conservative woman like Carly Fiorina finds herself in: advocating against Hillary Clinton without explicitly encouraging a vote for Donald Trump—while still daring to call herself a feminist. It’s awkward, with Clinton the first female nominee of a major party, and Trump the sort of guy who effortlessly reduces women to their ornamental value.

According to Slot’s Joanna Rothkopf, the real problem lies in Fiorina’s own view of feminism being overly simple, vague, and shaky. While I don’t think Rothkopf is entirely off-base, a larger problem is that Republicans have spent much of the last 35 years defining themselves in opposition to feminism. For ambitious conservative women, this leaves them in a strange position. They’re seen as hypocrites by feminists on the left, but there’s an obligation to play by a narrow set of rules on the right.

The first rule, and arguably the most important, is to be pretty. Nowhere is this more evident that the relationship that conservatives maintain with the pageant world. Sarah Palin was a former Miss Wasilla and placed third in the 1984 Miss Alaska pageant. Former Fox News contributor Gretchen Carlson was Miss America in 1989, Miss America 2003 Erika Harold has run for the Illinois state legislature twice, and Miss Hawaii 2011 Lauren Cheape Mastsumoto currently serves in her home state’s House of Representatives. Although nothing drives home that relationship quite like presumptive Republican nominee Donald Trump owning the Miss Universe Pageant and the Miss USA Pageant, in addition to a modeling agency.

The other aspect that drives home the “be pretty” rule is Fox News having the sort of stable of blondes that one usually associates with the Playboy Mansion. To be fair, Fox has expanded into hiring brunettes and women of color, but blonde newscasters have become so closely associated with conservative media that seeing blonde women has become par for the course beyond Fox, like the Blaze’s Tomi Lahren, Rebel Media’s Lauren Southern, Townhall’s Katie Pavlich, or “free range” pundits like Kirsten Powers and Ann Coulter. But the “be pretty” rule goes beyond an affinity for blondes. A recurring meme among conservatives is “our women are prettier than their women,”with Rush Limbaugh once quipping, “Feminism was established to allow unattractive women access to the mainstream.” My takeaway is that the conservative view is a woman’s unattractiveness is judged as a character flaw instead of a loss at the genetic crapshoot, never mind that Trump or Limbaugh have never been in the running for “sexiest man alive.”

An overlooked rule (by the left) for conservative women is to not only be smart, but also have a dream resume. When I wrote about the “boobs on the ground” incident, I was really struck by how much more educated and accomplished Kimberly Guilfoyle was compared to her male co-anchors.  Before making the transition into media, Ann Coulter, Megyn Kelly, and Guilfoyle all had successful legal careers. Except for Lauren Southern, every woman I’ve mentioned so far has at least a bachelor’s degree (and Southern is currently attending school). Sean Hannity, Rush Limbaugh, Milo Yiannopoulos, and Glenn Beck are all college drop-outs. I don’t believe that higher education equates to greater intellect, but it exposes a persistent double standard for women on the right—not only are they supposed to prettier than the guys, but they’re supposed to be more educated.

The third rule for conservative women is to shill traditional family values and a simplistic version of feminism at the same time, while never acknowledging the irony. This, I believe, is rooted in Phyllis Schlafly’s counter-feminism that led to the defeat of the Equal Rights Amendment’s ratification. Schlafly could’ve been feminism’s poster girl, earning a Master’s degree and being an actual Rosie the Riveter in the 1940s. But she was a conservative, researching at the American Enterprise Institute and joining the John Birch Society, eventually supporting Barry Goldwater and condemning Richard Nixon for not being conservative enough on civil rights. While pursuing this career, she derided feminism as “anti-family, anti-children, and pro-abortion.”

This is where conservative feminism is uncanny. It takes the view of “Of course women should be educated, of course women should pursue a career, of course rape and domestic violence are terrible,” and operates on the assumptions that feminism has not only won all the major battles in the West, but has occasionally won those battles at the expense of men’s rights and livelihoods. It’s the kind of argument where the devil is in the details, for both sides, and stakes its claim in a gray zone of accuracy. Conservatives still prize tradition, and their version of family values is often rooted in what we left-wing feminists like to describe as “heteronormative patriarchy.” It’s a dualistic view of women’s lives, where on the one hand women are free to pursue their dreams, and on the other reminding us that good women are always tethered to the home.

In that dualistic view of feminism, it sometimes exposes the left’s hypocrisy. Nowhere has that been clearer than in regard to Palin’s continued media presence. In her initial 2008 emergence as the nominee for vice president, she appeared to present a tough, can-do kind of feminism that wasn’t afraid of getting its hands dirty. As more intimate details about Palin and her family became public, like the pregnancy of her teenage daughter, and Palin’s infant son having Down syndrome, many pundits on the left attacked her character. She was often presented as a bad mother, and her daughters as strumpets, despite being minors. I even remember talking with a more Libertarian-minded friend at the time who was appalled that Palin had a child after turning 40. The media assault on the Palins was so brutal that I’m convinced that it’s the reason that, for the first time since the 1970s, there was a decline in the number of women serving in Congress after the 2010 election.

Since Sarah Palin, I’ve noticed a double standard on the left about the treatment of women in public life. When Lauren Southern was covering a protest in Vancouver, a bottle of urine was dumped on her head. Had she been a liberal, I’ve no doubt that there would have been think pieces into the next decade excoriating the nature of men’s violence against women. Same goes for when Ann Coulter or Phyllis Schlafly took pies to the face. In fact, for all the ink spilled for liberal feminists like Anita Sarkeesian or Brianna Wu or Laurie Penny being driven from their homes due to death threats, there is little mention of Coulter living in hiding when she’s not making appearances.

To me, liberalism’s selling points are respecting people’s differences, respecting a woman’s right to be whoever she wants, and to live a life by her own rules. Unfortunately, one of the most common arguments I see from the left is that conservative women are brainwashed morons. As I’ve learned more about women on the right, I’ve am impressed at how highly educated a lot of them are, in addition being extremely self-motivated. One of the things I learned about Coulter was that when she was an undergrad at Cornell, she was one of the founders of the Cornell Review because there was no conservative outlet. In a recently unearthed essay from that time, she is surprisingly sensitive and nuanced in her analysis of gender roles.

Feminism’s overlooked victory might be that it’s become so mainstream that conservatives are twisting themselves in knots to co-opt it. Among feminists on the left, the next step should be to respect women on the right for who they are, as their own women. We might find we have more in common than we thought.