The day the sky crashed. 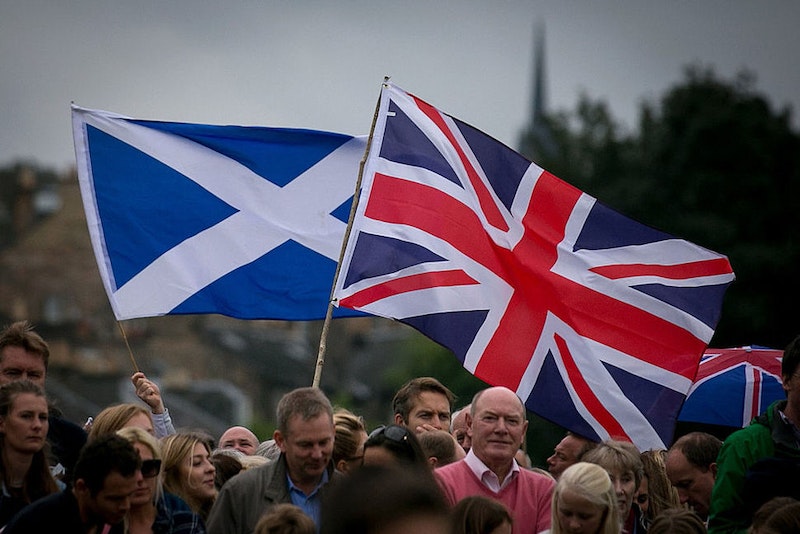 All did they did was vote “Leave,” and the next day the news went crazy. The pound was skidding, big arrows on the TV screen pointed down. Back before the vote, the “Stay” people had said bad things would happen. Sunday morning there were plenty of bad things. “Leave” voters, shaken, gave news interviews saying they had messed up. They hadn’t thought anything would happen, and now look.

I saw a couple of these losers, and similar types have popped up on social media. Of the two losers I saw, one was a South Asian woman in her 20s and the other a white fellow in his 30s, and both seemed middle class. Most of the “Leave” electorate was old and/or working class, and not a lot of them were South Asian. Accordingly, the lost souls may not be typical of the “Leave” coalition. But their spirit, a frazzled dizziness, seems to be abroad in the land. The day after the vote, “What is the EU?” was England’s second-most googled question about the European Union.

My guess: a healthy sprinkling of the “Leave” vote was made up of sad cases like the above, citizens who tried living out loud with their ballot. They made a lifestyle choice—“I’m a Leave person! Nobody tells me what to do!” They didn’t think anything would happen next; things usually don’t when it comes to their decisions. But this time, boom, consequences. Because, oddly, their lifestyle choice took the form of casting a vote as the rather large nation they inhabited set out its economic and political future.

Offloading their regrets, the saps provide a showcase of English mewing. “This morning the reality is actually hitting in and the regrets are filling in,” the woman says. The man: “I didn’t think my vote was going to matter that much because I thought we were just going to remain.” Oh, his dinky rosebud features, his pipestem arms, the spoiling of his jawline from beer. The woman looks like subway passengers I see here at home, in North America. But the fellow is English and could be nothing but. He grows only on that island, and he quotes Douglas Adams and either listens to white Ska bands or plays in one, and he makes a fuss about it. Now he’s tried something clever and the rake has hit him in the face. Ha.

DVD corner. Halfway through The Campaign, the public gives up. I mean the voting public as depicted in the movie. Not that we see much of them—the film is far more about the candidates, their families, their managers, and a couple of Chinese pug dogs. But the public’s reactions are reported to us all the way through. And 40 or 45 minutes into the movie, Will Ferrell gets bitten during snake handling. He curses up the church where he’s at and humiliates itself. Then a news broadcaster says Ferrell’s character went up two points in the polls.

I figure that right here the fictional voters’ outlook undergoes a shift. They don’t want a candidate who can fake propriety, normally a demand found high on voters’ checklists. Now the voters want somebody who can put on a show, and they’ll accept the craziness that comes along. In fact, they figure that elections and campaigns are just an excuse, that the craziness is the point. The movie has to make this switch, since disasters in a Will Ferrell movie start big and get worse. If a disaster could knock him out as a candidate, Campaign would be over pretty fast. But Campaign makes the shift so easily. The movie glides over the change, assumes it into being. The swap gets made because the second outlook is already familiar to us. Half the time that’s how we watch cable news.

Admittedly, the public shifts back by the end of the movie. It gets serious enough to vote out the candidate backed by the evil billionaires. But the election is still sort of a joke because the billionaires’ machines count the votes and say the bought candidate won. Right prevails because of Will Ferrell. He, the bought candidate, stands aside for the candidate who should’ve won. Note that the movie involves voters, voting machines, election law, Chris Matthews and Wolf Blitzer. But none of them would have stopped the story’s bad thing from happening. Only the special, added element of Will Ferrell could do the trick.

The Campaign is a symptom of an enfeebled civic life. But it’s funny and we might as well laugh at our symptoms. Ferrell does one of his best broad performances. He always looks like his head is three feet wide, but so much goes on around his mouth and eyes. Zach Galifianakis, as the other candidate, is even better. His performance is one of the few things that makes me feel really good about modern Hollywood. If the place can produce something like this, it isn’t dead yet.