In 2020, We Must Not Elect the Unelectable

Kamala Harris, for example, won't be elected, because she’s too unelectable. 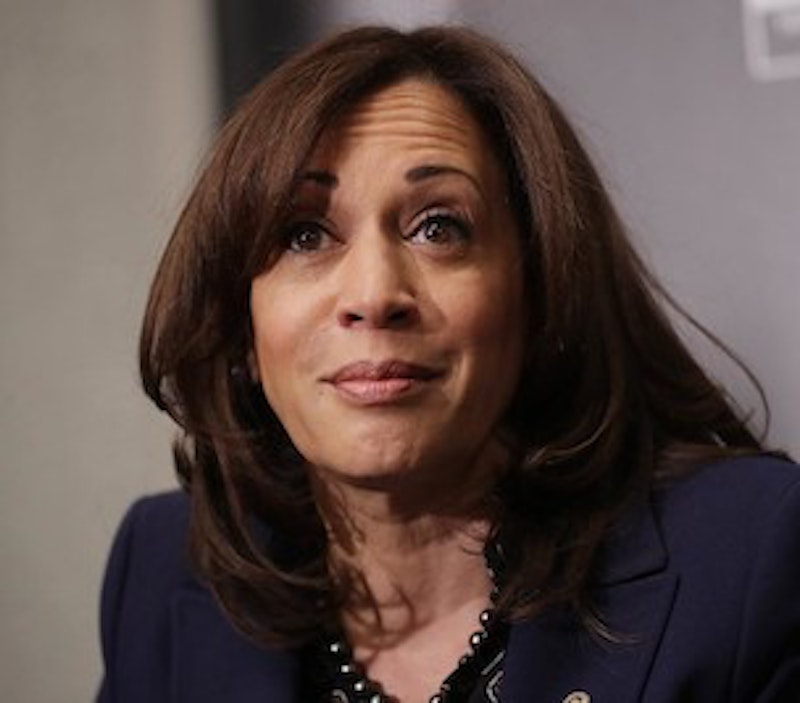 Electability: it's an elusive quality that candidates such as Joe Biden and Beto O'Rourke emit like a subtle odor. But it is likely to prove decisive in the 2020 presidential election. Only blossoms blossom, after all. You can detect only what is detectible, delectate only the delectable. You can't eliminate the ineliminable, and you can only elect the electable.

Political prognostication is a risky business. Nevertheless, I predict that an electable candidate will win the 2020 election, and that—as recent polling suggests—no non-electable candidate will be elected. That’s why, in selecting a candidate to honor or shame with your support, start with a careful electability assessment. You should vote tautologically. As Americans, we must never elect those whom it would be impossible to elect—i.e. the unelectable—and we must commit ourselves anew to electing only those whose election is possible: those who display the quality of electability. That’s the meaning of our creed.

It’s widely agreed among important pundits such as myself that Democratic primary voters, desperate to get rid of Trump, will vote on electability. Thus, only electability makes you electable in this cycle, while unelectability is liable to prove a barrier to election. Kamala Harris, for example, won't be elected, because she is, simply, too unelectable.

The best way to assess electability is looking at the people who have been elected before, and then vote for the candidate who resembles them most closely. In other words, and since an electable candidate will inevitably be elected, we live in an eternal recurrence of the same, an infinite circular parade of white guys, with perhaps the occasional token. After we elect a white guy in 2020, it will be all the more obvious by 2024 that only a white guy is electable, since the best indication of electability is actually having been elected, and the best reason to elect someone is his electability.

Perhaps you recall that people called Trump unelectable, reasoning without his white-guyness. But we found out differently: that Trump was elected shows retroactively that he was electable after all. Indeed, since all the previous candidates who won were electable, electability is clearly key to being elected in an election. Electability might be the only quality—aside from being white guys—that all the people who were in fact elected have had in common. That’s what history can teach us all.

As you gaze upon the candidates, ask yourself: is Pete Buttigieg too gay to be electable? Is Amy Klobuchar too female? Is Cory Booker too black? Recommit yourself to confirming our shared prepossessions, evil and arbitrary though they may be. Those who remember the past are rewarded by repeating it forever. Electing the electable is not only our only hope, such as it is, but the only possible outcome. Capitulate to logic.

It's all part of the beautiful tapestry of human diversity. Some of the great races of human beings are naturally musical; others, naturally mathematical. White guys are naturally electable. You're just going to have to deal with the basic empirical facts. Since people are voting next year on electability, only a white guy can be elected. And since an election will occur, and only a white guy is electable, a white guy will be elected. It's logic itself that entails our pale patriarchy, which shines like a bacon of hope.

As predictably as blossoms blossom, therefore, we will inexorably elect to elect the electable.