Dems Got Them Old Impeachment Blues

Principles aside (such as they are), impeachment hearings are tricky for presidential candidates. 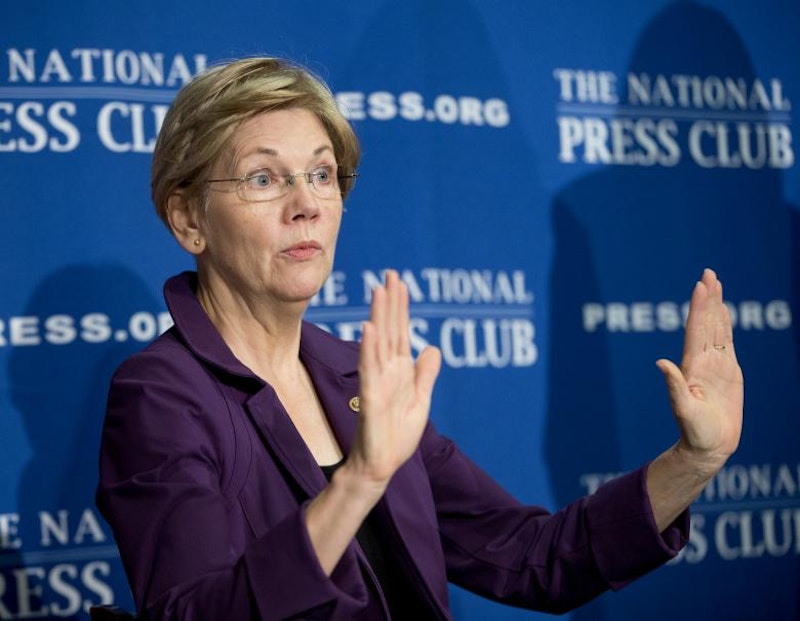 New York Times op-ed columnist Michelle Goldberg has hysterically endorsed impeachment proceedings in Congress against President Trump. I guess that settles it! Trump’s election was “a horrifying shock to many of us,” she writes, and in an especially choice morsel, adds, “Numerous commentators have said that the [Mueller] report reads like a road map for impeachment, and in a remotely functional country that’s what it would be.”

It’s not quibbling to note that Goldberg didn’t name any of the “numerous commentators” (not in the print edition, and online just cites left-wing Atlantic writer Yoni Applebaum) or that she mustn’t be well-traveled or read her own newspaper’s foreign reporting to call the United States “a remotely functional country.” She has counterparts aplenty in the UK, who decry the Brexit slog as government malfeasance, France, and in Canada, where Justin Trudeau is on the ropes, let alone half of South America, Asia and Africa. I won’t argue that the United States government keeps the trains running on time—partly because members of Congress are constantly running for office and raising money—but “remotely functional”? That’s jejune pea-shooting, not opinion.

As noted many, many times in this space, I’m not a Trump supporter—and if Mitt Romney had an average set of balls, he’d challenge the President in next year’s primaries, rather than merely lashing out at Trump and his associates as “appalling” after the Mueller Report’s release, from the safety of his Utah Senate seat—and don’t like any of the Democratic presidential aspirants either. So I’m sitting on a fence, or perhaps more accurately, watching the election spectacle from the upper box seats of a ballpark, a game that pits the equivalent of Dylan Bundy vs. Josh Tomlin, meaning a slugfest is guaranteed for all.

It suits me if the Democrats follow Elizabeth Warren’s call for House impeachment hearings—although Warren’s getting a lot more mileage out of her 22nd policy pronouncement of April, a call for excusing most student debt and free tuition at state two- and four-year colleges, a sure winner for those under 40, because who doesn’t like a little free something?—because it opens up an entire new, and juicy, plot for America’s Presidential Race, the most popular reality show since… Watergate.

I like that Warren’s loudly raised the ante for her competitors on the impeachment issue, since none of them, save also-ran Julian Castro (who’s that?), have lent their support. Mayor Pete—who blundered badly in courting the youth vote by calling for mandatory national service, the opposite of Warren’s college freebies—is like jello on the subject, saying, “I’m pretty sure [Trump] deserves to be [impeached], but Congress will have to figure out procedurally what to do.” And Beto O’Rourke was just as much a wet noodle, saying, “I wouldn’t blame any member of the House voting for this,” but contends it’s up to the voters in November 2020. And, by the way, it could be that O’Rourke is the first candidate to drop out—after Kirsten Gillibrand—and so he’ll just be a Texas voter.

Goldberg, born in 1975, shows her lack of historical knowledge by claiming that 1964’s Warren Report on JFK’s assassination was a “set of facts that serious people could agree on,” when, in fact, it was one of the most controversial documents of the 1960s, one that Robert F. Kennedy wasn’t satisfied with, even after initially giving it a rubber stamp. In addition, she laments: “America doesn’t have a Walter Cronkite anymore, a person whose word is trusted implicitly across the political spectrum.” Come again? Never mind that by the time Cronkite was dubbed “Uncle Walter,” he was a newsreader, and save for an ambiguous denunciation of the Vietnam War, rarely injected his opinions on his nightly CBS broadcast. That came later, after he left the show.

Anyway, if Warren, AOC and Jerry Nadler persuade the Democratic-controlled House—on principle, naturally, nothing to do with politics—I’m game. It’s not a smart strategy, from my viewpoint, since so many things could go wrong. Never mind that it’s unlikely (from what’s known now) that 67 senators will vote to convict; even the left-wing firebrands admit that. I think the main difficulty is that, unlike Watergate, such hearings would coincide with a national election, and that would deprive Democratic candidates from media huffing and puffing, since if you were a nominal journalist, which show would you cover, Trump in the dock or the blackballing of Bernie Sanders from various circles in the DNC?

A lot of angry, and ridiculous, words will be spilled on the House floor, and I wonder how the Democratic candidates, who’ll be asked daily their opinion about the latest outburst of Adam Schiff or Maxine Waters, will react. There won’t be agreement, and while vastly entertaining, the fractious debate on the campaign trail won’t project a Democratic united front to defeat Trump. Obama and Hillary traded a few nasty barbs in 2008, but that’ll be remembered as piffle compared to the repartee between, say, Warren and Kamala Harris on the subject.