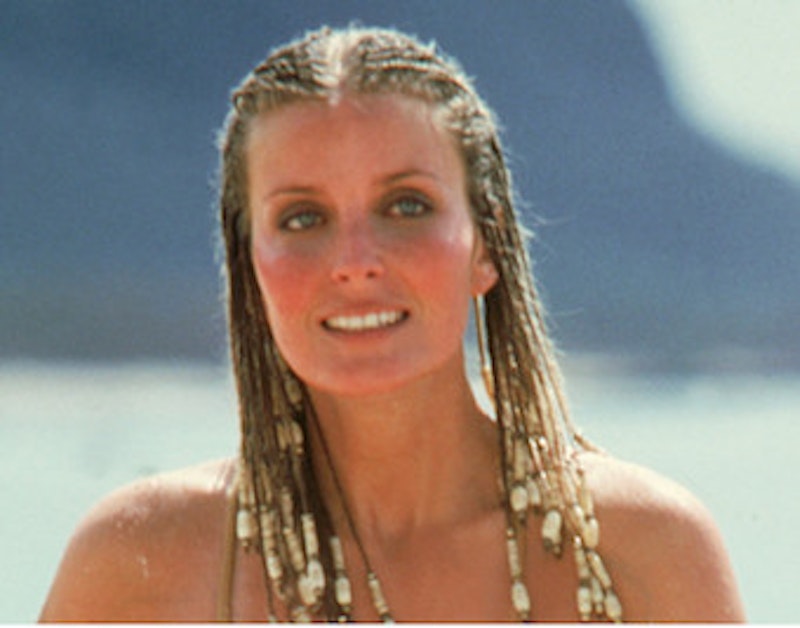 A recent trend in Berlin has been white girls wearing their hair in long, tight braids, which an article that ran in Splice Today three years ago brought to my attention. Reading it didn't make much of an impression on me, as European hairstyle fads isn't a topic I follow closely or think is politically meaningful. But I must be out of it, because the article’s made a comeback and has been trending on this website for months now.

Why so many find the issue noteworthy is, according to the author, Madison Moore, these women are guilty of cultural appropriation, a trendy concept embraced by the more controlling types on the progressive side. Unsuspecting innocents see something that looks cool and think it's okay to try it out themselves, unaware that a certain sector—often referred to as the “call-out culture”—of the Left has its own rules about what belongs exclusively to various “marginalized” cultures. A Twitter mob ganged up on Utah high school student Keziah Daum after she posted photos of the traditional Chinese dress she wore to the prom. “My culture is NOT your goddamn prom dress,” tweeted one of her tormentors.

Call-out culture involves the shaming of people like Daum who, regardless of what they're like as human beings, violate a set of often unwritten (although sometimes they're codified) new rules of engagement, which are sometimes referred to as microaggressions, on both the Internet and in person. This can mean physically confronting a transgressor, as a black woman did to a white student wearing dreadlocks at San Francisco State University in 2016. The video of the incident has over four million views so far.

Moore doesn't promote such confrontations in his article. He even writes that white women can style their hair as they wish, but he’s a little irked that “blackness gets treated as something you can make a trend or hipsterify.” Black people do have a “claim” to hair braids, which can be traced back as far as 3500 B.C. in Africa. But braids are nothing new in Europe. In the Renaissance period, women in France and Italy favored them. It was a way to keep their hair as clean as possible in an era when bathing opportunities weren't plentiful.

White actress Bo Derek broke ground in popular culture by sporting tight braids in the 1970s movie 10, a style she claims to have copied from Ann-Margret’s backup singer, which she also traced back to ancient Egypt’s Queen Nefertari. More recently, Kim Kardashian took heat for calling her hairstyle “Bo Derek braids.” The backlash to her new look was so harsh that she soon abandoned it.

The most telling claim in Moore’s piece is, “Hair is style but also politics.” It's politics only if you choose to politicize it, that is, because you can make just about anything political, but it won't necessarily work out the way you'd like it to. Another choice would be to make a list of political priorities and determine that the entire cultural appropriation issue, including hair, isn't really a winner. Maybe that's easy to say if you're not black, like Moore is, but developing a winning political strategy is blind to such considerations.

If the Left wants an effective plan to replace the disastrous one that produced Donald Trump, it needs to find unifying issues, not ones guaranteed to divide. But the enduring popularity of this Splice Today article suggests that the self-defeating overreliance on identity politics hasn't played itself out yet.

Bernie Sanders is an old-school leftist who sometimes goes off the political rails when he forgets about how his side has changed from promoting the class struggle to obsessing over matters of identity. Sanders was quickly hammered into submission, after initially declining to endorse the Abolish ICE campaign, by the identity politics specialists who increasingly run the Democratic Party. Now he's for abolishing that governmental body, an opinion shared by only 15 percent of the general population.

When you play the identity politics game and embrace call-out culture and the concept of cultural appropriation, you're not thinking strategically—you’re trying to redress grievances. That worked out pretty well for Trump, because of all those aggrieved white people in the Midwest the Democrats ignored, but there’re just not that many votes in appealing to the grievances of the various marginalized groups the Democrats cater to. It's a numbers game.

Black culture’s been cool and hip for years now, inclining white people to borrow from it. Sometimes this is egregious, as when bland white musicians in the 1950s like Pat Boone sanitized songs from black artists like Fats Domino and Little Richard to make them more acceptable to their white audience (record companies didn't pay the black artists any royalties). That deserved a callout, but you have to decide where to draw the line. Maybe hair’s not that place.

Keziah Daum, harassed mercilessly by people convinced hair and fashion are political, said she “admires Chinese culture and loved the beauty of the dress." So maybe take it as a tribute to your culture rather than a theft of it, and find more urgent matters to address. Let the small stuff go. Sanders’ old brand of leftism, focused on class not identity, has much more potential to unite people across all demographics than its current “woke” incarnation. It's all about calling out the right people.