Srebrenica isn’t the only place in Bosnia where remains of victims have been found. 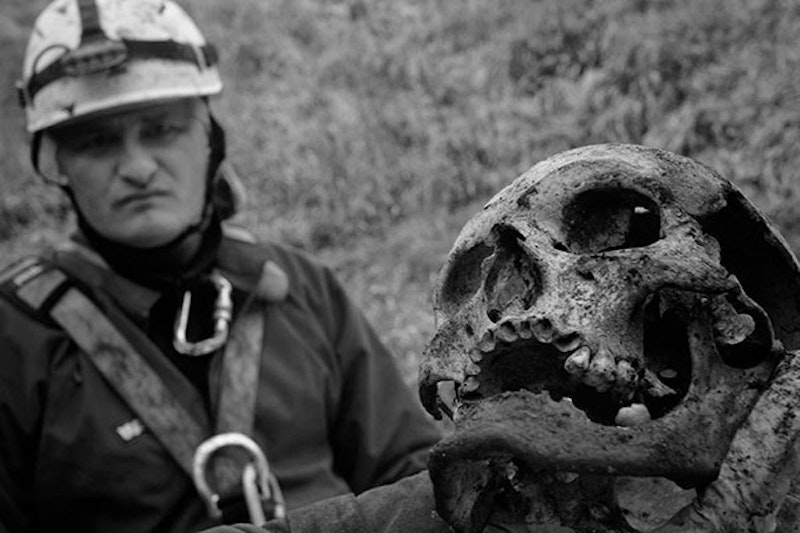 This July marks the 23rd anniversary of the Srebrenica massacre that happened during the Bosnian war of the 1990s. It was in July of 1995 that the Serb forces murdered 8000 Muslim men and boys in just a few days. The town of Srebrenica was supposed to be a UN protected zone but no amount of symbolic protection could’ve saved the innocent men and boys that marched toward their deaths.

Thanks to the efforts of DNA specialists, the remains have been slowly but steadily identified. The process has been difficult on many levels. In an effort to cover up the mass murder, Serb forces scattered the body parts throughout the region and as a result, DNA experts have to engage in an arduous task of matching the remains until a person has been identified.

Each year, on the day of the anniversary, newly-identified victims are given proper burial. In some small way, the families of victims can at least know that their loved ones will rest in peace. But the memory of war endures and it’s always tinged with knowledge and experience of evil.

Having survived the war in Bosnia, this anniversary always makes me pause and invites me to be in the present moment and in solidarity with the women who are burying their fathers, husbands, sons and brothers. The sorrow never truly goes away. It becomes a permanent resident in the mind and body of a survivor, which can be set aside in order to tend to one’s daily tasks. But an anniversary such as this creates an immediate and palpable emotion from which it is impossible to escape.

Srebrenica isn’t the only place in Bosnia where remains of victims have been found. There are mass graves scattered throughout Eastern Bosnia, particularly in small villages. Sometime during the war, in a village where my father’s family came from and where I spent many beautiful summers as a child, my uncle was captured, executed, and thrown into a mass grave like an animal. It took years until his remains were found but once that happened, a small sense of peace came over me. It was as if I became less fragmented, or at the least, the tiny broken pieces of my existence were not hollow anymore.

We can try to make sense of war and evil but that conclusion and final definition of what it is and why it happens will never come. We remain in a constant sense of bafflement and say things like “Never Again.” But such slogans, although well-intentioned, are nothing more than cavernous screams of fear and anger at our powerlessness to stop something so powerful like genocide.

Yet the problem and question of evil persists. There are three primary forces that give rise to genocide—dehumanization, ideology, and collectivism. In the instance of dehumanization, a perpetrator has made a choice to see another human being as a mere construct. A person that’s an abstraction has no interior life, no familial connections, and no place in the community. He’s an entity that has no concrete existence and even if he partially did, he certainly doesn’t deserve it. The only option is a total annihilation.

The second force is ideology. There’s usually some kind of set of ideological beliefs that ties all of the perpetrators together. Ideology turns a lie into truth and irrationality into rationality. An ideologue set on committing genocide doesn’t see it as that. Rather, he believes that the cause completely justifies his intent on dehumanization, and that mass murder is the only course of action in order to gain political control.

The third force, collectivism, is an inevitable companion to ideology. In a collectivist society, any sense of individuality is erased. We know from history that there are singular tyrants but in this hierarchy of hate, there are no singular voices among the followers. They’ve relinquished their own humanity and the freedom to choose by letting themselves be convinced that an ideological path of mass murder is a necessity.

As someone who seeks that which is true, good, and beautiful, I don’t shy away from intellectually probing the depths of evil. Any ideology, which dehumanizes people and turns them into abstractions, must be illuminated and pointed out in order to extinguish it. But for me, such explorations are never mere philosophical exercises. They’re always grounded in the lived-in experience from which I’ll never be able to escape. They’re logical excursions in order to gain a better understanding of the problem of evil but they’re never sterile or cold. Rather, my thoughts are always guided by the emotion that recognizes the inherent dignity of another human being.

This is a difficult time for Bosnian families of victims of Srebrenica. But their insistence to keep living, not lose hope, and continuously remain faithful is a testament to their courage and strength. No matter how much guilt a survivor feels and that he doesn’t deserve to live, he still carries the torch of memory and gives voice to the dead.