Two (or Three) Kinds of Honesty 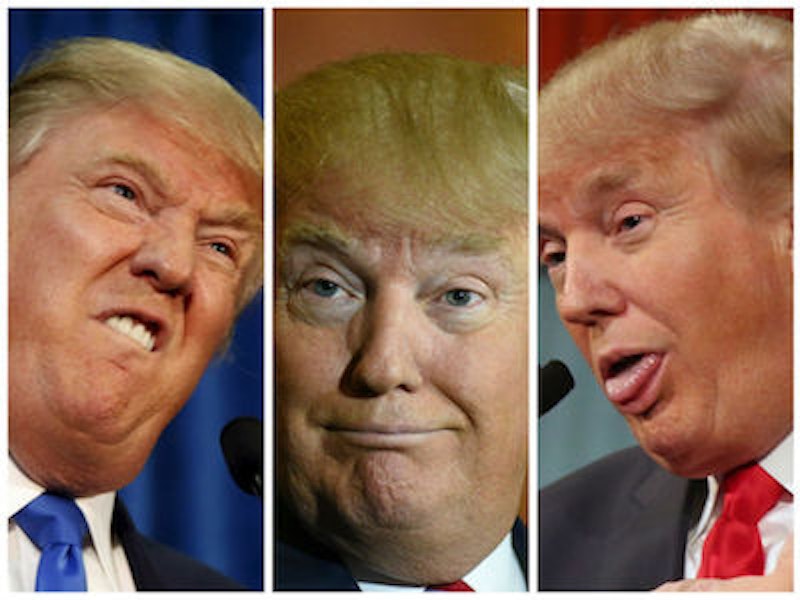 Donald Trump is dishonest in a variety of ways. Much of what he says is false or skewed. Sometimes he flatly contradicts himself, which honest people try to avoid on the grounds that it’s logically impossible to contradict oneself and speak the truth throughout. If I were considering a business transaction with Trump, I wouldn’t be entirely secure that he was going to do what he said, or even what he committed himself to do by contract.

But if you talk to Trump supporters here in rural Pennsylvania, it doesn’t take much time for them to say that what they like best is that he’s so much more honest than other politicians. I’ve heard this opinion explained by the alleged facts that Trump supporters rely exclusively on Fox News, that they’re credulous and ignorant, that they, unlike the people doing the talking, don’t care about what’s actually true or false, but only about nursing their resentments. In other words, if people say he’s honest, it must be because they believe what he says. But in a perfectly good sense, they’re right about Trump’s honesty even though the man is no scrupulous truth-teller.

There are different forms of honesty as a virtue. One kind of honesty is a matter of saying true things and not saying false ones, as best one can. At its maximum, this sort of honesty constitutes the courage to speak the truth under difficult circumstances, or in the face of a hostile world. In the case of politicians, diplomats, and press secretaries, however, that sort of sentence-by-sentence honesty often gets interpreted as a quasi-moral imperative not to say anything demonstrably false. For example, Sean Spicer could’ve avoided trouble by fudging on inaugural crowd sizes instead of making clear claims. One way to not say false things is to say as little as possible, even as one continues to emit words, which is the opposite of courage.

Another dimension of honesty, however, might be described as a willingness to reveal yourself publicly, to show truly who you are or what you really believe, a resolution not to conceal oneself. One might connect this to a nexus of related virtues: integrity (a kind of coherence or singleness of self), sincerity, and a certain sort of presence in one’s own words and actions. In this sense Trump is notably more honest than any presidential-level politician in the modern era. He reveals himself.

The public personae created by Al Gore, John Kerry, Mitt Romney, Hillary Clinton, and Barack Obama as they ran for president were almost interchangeable: they appeared in the guise of carefully engineered quasi-persons speaking in focus-grouped catch phrases, often the same ones. “President” was a role these people aspired to play on television, and each of them produced the words that emerged from the attempt to enact the role. In such cases, public and private selves become separated or even opposed, and you have to speculate about what such apparent people really believe, what they say when they don’t think anyone’s listening, or what’s going on in their lives. They appear in public as pseudo-persons, Westworld hosts simulating consciousness with mixed success.

By way of extreme contrast, Trump is hyper-intensely himself. One of his biggest alleged offenses is that he does not act “presidential”; rather he acts like a human of a certain sort. He gets mad and he lets fly. He parades his insecurities and crows about his accomplishments. The flaws are all right there because he’s all right there. Waves of emotion wash through his Twitter feed, as they do through an actual human body.

Hillary Clinton has plenty of flaws too, though I’m sure hers are rather different. But she has devoted her life to concealing these flaws, to concealing herself. This was once conceived to be an absolute necessity in politics, and candidates would hire people or try to generate algorithms to shape their personhood, to hone their phraseology, to help them manufacture a glittering yet uncontroversial public self that could be released like a mylar balloon into the stratosphere of political power.

Trump has dispensed with all of that. Not that he isn’t conscious of creating a public image, but he doesn’t let his staff or pollsters do it for him: he’s the creator of himself. Second, he’s about as conscious of his public persona as he can be. At a news conference discussing negotiations with Kim Jong-un he said, characteristically, “I think, honestly, I think he’s going to do these things. I may be wrong. I mean, I may stand before you in six months and say, ‘Hey, I was wrong.’ I don’t know that I’ll ever admit that, but I’ll find some kind of an excuse.”

As Trump reveals himself, you may be disturbed by or even hate what you see, and want to vote for or be governed by anything else. The reality of Trump might make you pine even for the unreality of the automata, and it might make you yearn for honesty in the sense of speaking the truth, or even honesty in the sense of failing to say anything false by failing to say anything. Or you may love the extreme Trumpiness of Trump, or think it’s all a mixed bag, and so on. But at least we can all see, in all media all the time, the actual person we’re actually endorsing or rejecting.