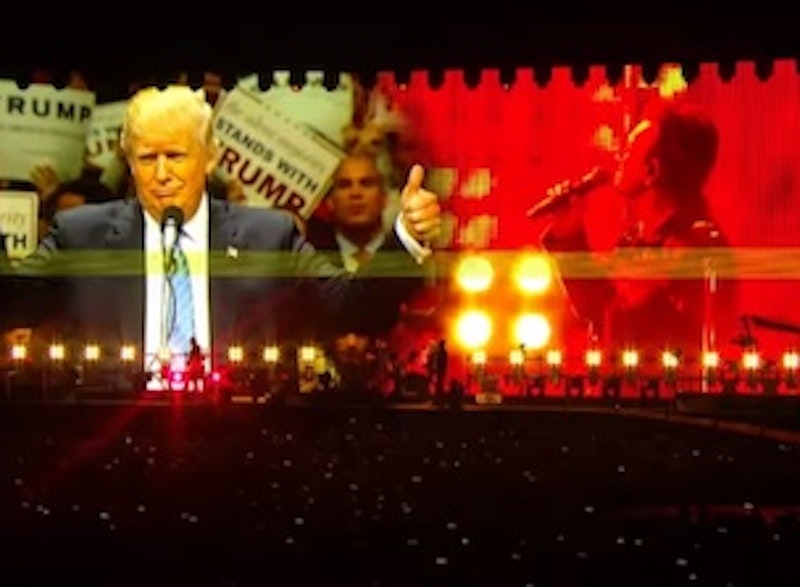 I suspect some Deep State flunky will be chastised for failing to get the message out to the major news organizations to lay off Trump a bit during the President’s Europe visit. After all, for once, Trump was doing what the U.S. foreign policy establishment wants, but was still getting slammed by the press, which just can’t help itself now.

It’s bad enough the U.S. liberal/media establishment is so easily susceptible to reverse-psychology tricks that they now love government agencies like the FBI and CIA simply because Trump has butted heads with them. But to make matters worse, they apparently now fear offending the British monarchy so much that they freak out if Trump walks in front of the Queen for a second. We fought a war against that institution, you know.

But the Queen—who smiled and reached out her hand happily to shake Trump’s in photos most of the press didn’t see fit to use—doesn’t seem to mind a bit.

Of greater geostrategic relevance, though: do you think it was dumb or inappropriate for Trump to remind NATO members they haven’t been paying their dues to the organization? That’s what Obama told them too, you know, and what the U.S. has been telling Europe for years. Do you think it was rude for Trump to warn Germany to avoid domination by Russia? I could’ve sworn we were all told just the day before Trump’s comment and again the day after that Russia is a force to be feared and one that loves meddling in other nations’ affairs.

Furthermore, not only establishment liberals but establishment conservative hawks—the so-called NeverTrump crowd—should be extra-super-delighted by Trump’s warning that Germany and Europe in general shouldn’t become too dependent upon Russian fuel exports. That’s part of the rationale for trying to keep Russia’s hands off nations such as Syria in strategic oil-producing regions. If it’s a fight against Russia you want, Trump is finally singing your tune, or at least sounding an off-note that interrupts his own tune. He’s bashing Russia for a change! Where’s the gratitude?

Perhaps it’s best the press kept mindlessly pummeling him, though. That may teach him there are no rewards for talking like part of the foreign policy establishment, and that lesson may in turn decrease the odds of that sinister establishment dragging Trump and us into another war.

This isn’t to say we should like or trust the Russian government (or Trump), nor that the online Russian effort to troll the U.S. into greater political turbulence two years ago wasn’t real. People don’t like to be told that heroes are rare on all sides, but we won’t break free until we admit it. Otherwise, we’ll hate the villain of the day on cue, and the same old conflicts will play out endlessly. Stay skeptical.

Especially deserving of skepticism, I think, are all the establishment institutions that feign neutrality while having partisan agendas of their own. Become a big enough pop culture star, and the odds are you’ll get recruited to tout one of those institutions, glamorizing some climate-related or ostensibly poverty-reducing cause while appearing to be politically above the fray nonetheless, as lofty and detached as the Hollywood sign.

So naturally, earthbound god Bono now gives speeches at the United Nations about fighting developing-world poverty. And like many of a free-market bent, I’m delighted he’s gotten a bit more pro-capitalist after a couple decades of experience in this subject area, but it’s interesting and troubling how his warnings about the troubles of the poor have gradually expanded in scope to now contain warnings about how international institutions are threatened by nationalism and populism.

His list of imperiled institutions doesn’t just include the colossal, money-wasting bureaucracy known as the UN, either, but now includes the EU and NATO. Since when do consciousness-raising rock stars praise NATO? Is the press really so amnesiac that it didn’t notice this change in the old narrative? Or are we just gradually being acclimated to the idea that all big centralized institutions, even the stodgy military ones against which the hippies and punks once railed, are now hip, or sacred, or both?

Bono, you used to be cool, man. I bet Cy Curnin from the Fixx, who in the anti-nuclear-war song “Stand or Fall” sang the immortal prog/New Wave lines “An empty face reflects extinction/Ugly scars divide the nation/Desecrate the population/There will be no exultation,” isn’t giving any speeches at NATO headquarters.

And I’m no hippie myself, you may have noticed, but there was a certain wisdom in the New Left’s realization that the Establishment is neither right nor left, neither public-sector nor private-sector, neither religious nor secular, neither wedded to one nation or to the globe. It strives to transcend those divisions even as the rest of us stupidly line up to fight about them. And it can coopt people from rock stars to titans of industry and from developing-world militia captains to developed-world presidents.

If you’re ostensibly terrified of Trump when he spars with government agencies, esteemed experts, and aged monarchs, pause to consider the possibility that the world may be even more frightening if he stops doing so and a happy establishment, from EU to UN, returns to business as usual.