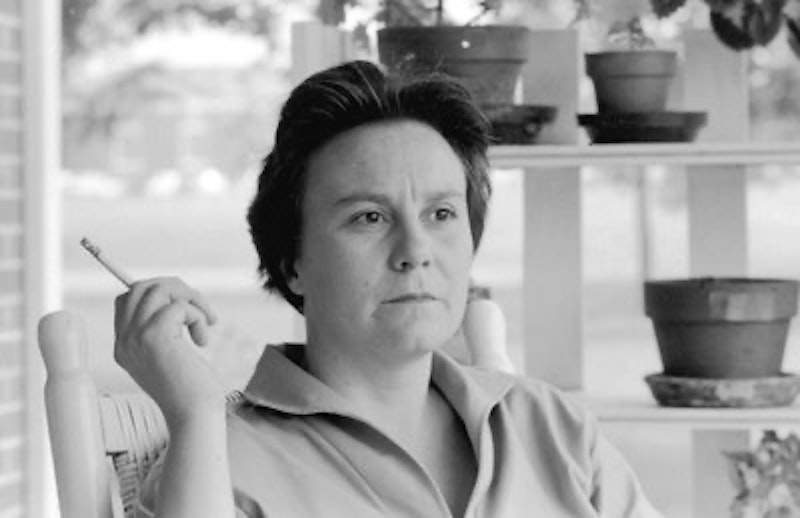 Authors don't always get to control their legacies. Kafka didn't want any of his work published. Emily Dickinson might or might not have; we don't know for sure. And then there are the papers left after many an author’s death—letters, drafts, unfinished manuscripts, like Ralph Ellison's Juneteenth. Once people care about your work, they want more, and that includes your letters and laundry lists. The official oeuvre is a messy amalgamation, sometimes snatched out of the author's dead hands.

So, the publication of Harper Lee's Go Set a Watchman is hardly a novelty or an aberration. Joe Nocera at The New York Times frets and fumes under a headline claiming the novel is a "fraud" because it's more of a first draft than a sequel. Nocera points to a Harper Lee quote from her last interview: "I think the thing that I most deplore about American writing… is a lack of craftsmanship." For Nocera, this means that "A publisher that cared about Harper Lee’s legacy would have taken those words to heart, and declined to publish Go Set a Watchman, the good idea that Lee eventually transformed into a gem." But then, a writer who cared about Lee's legacy maybe wouldn't quote her boilerplate self-validating interview piffle, either.

Or, as an alternative, caring about a writer's legacy could mean not trying to protect the author from his or her own words, even if some of those words are ill-advised. Go Set a Watchman is not a great book, but it's an important look at Lee's artistic process, themes, and ideological commitments. Nocera's own essay is about the centrality of editing and craft to Lee's process, and he builds that argument on his knowledge of Go Set a Watchman. His reading of her work wouldn't be possible without the first draft. In excoriating HarperCollins for making the draft public, he inadvertently demonstrates one of many reasons why the new novel is valuable to scholars.

Of course, the novel isn't just available to scholars. Presumably Nocera wouldn't have any problems if the publisher had put Go Set a Watchman out in an expensive scholarly edition with notes and hardcover, designed to scare away the general public. It's the massive publicity, and the way the book is marketed as finished and authentic, that ticks him off. The novel is a very public and lucrative packaging of Lee's cast-offs. It's mediocre and undermines both her reputation for craft and her main character, Atticus, who in this version is a racist tool rather than a saint. HarperCollins took its 40 pieces of silver, and dumped a barrel of slime on To Kill a Mockingbird.

Which is a horrible thing if you take To Kill a Mockingbird to be holy writ. But it’s not. It's an okay young adult coming of age novel. It's become embedded in high school curricula because it addresses race in a manner that emphasizes the goodness, and even saintliness, of white people. To Kill a Mockingbird states that racism is bad in a way that is costless for most white readers.

Which is to say, To Kill a Mockingbird is a novel that can stand to be taken down a peg. Harper Lee is how American culture has decided to teach its children about race. For better or worse, she's a big part of our public intellectual landscape. Go Set a Watchman makes us question her place—and it's a place that should be questioned.

Atticus in the first draft isn't exactly Atticus in the finished book. But is it a bad to realize that upper class, principled white people like Atticus could in fact be really racist in the 1930s, the 1950s—and perhaps even today? Similarly, it does tarnish Lee to read Go Set a Watchman and realize that she’s queasy about interracial marriage and appears to believe a lot of neo-Confederate hooey about state's rights. Maybe Lee’s reputation should be tarnished.

Should Harper Lee be the great moral arbiter on race for American students? Go Set a Watchman shows clearly that she shouldn’t.  That's valuable information to have about a book that’s been so lauded. HarperCollins has done us all a service in showing us another side to Lee. I don't begrudge them their profits.