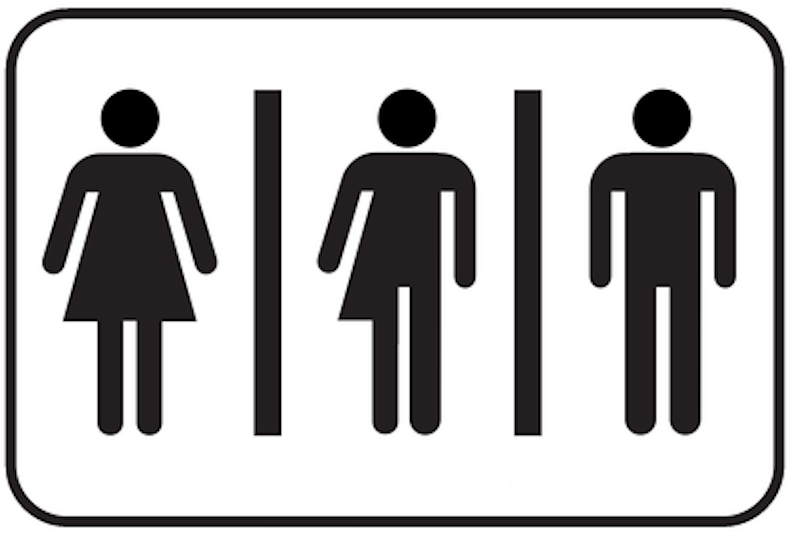 Admittedly, I haven’t followed the Caitlyn Jenner saga that rocked the media earlier this summer. It has nothing to do with Caitlyn—it stems from my aversion to celebrity and Caitlyn’s ties to the Kardashians. The less I know about that family, the happier I am. Still, I congratulate Caitlyn on her transition and bravery (yes, I consider her brave), all the same.

So when I read Todd Seavey’s article on Splice Today last week, headlined “Trans vs Tolerant,” I had to brush up on the latest scandal spawned by the country’s newfound fascination with the term “transgender,” which is fuzzy and unfamiliar to many—Todd Seavey included.

In a heated on-air panel discussion, transgender journalist Zoey Tur flippantly threatened conservative commentator Ben Shapiro after his disrespectful comments regarding trans people and Tur herself. Shapiro alleges that she made additional threats off-air, including one made later over Twitter.

According to Seavey, Tur’s threats are “evidence of how far we’re all now expected to bend to maintain the pretense that the trans activists are all sane.” Let me be very clear in denouncing Tur’s actions as inappropriate and wrong. However, Seavey also conveniently neglects to mention Shapiro’s provocative remarks during the discussion that pushed Tur to threaten him. While I think she was inappropriate, I won’t pretend that as a non-trans person I know how to react to the utter disrespect exhibited by Shapiro.

Seavey would like to interpret Tur’s actions as representative of all trans people and label them borderline psychotic and sexual deviants, although he takes the time to write that he doesn’t think they should be “jailed, harassed, or institutionalized” (that’s a relief!). Still, Seavey’s article is filled with a number of misinformed assumptions and beliefs that many firmly hold, and not surprisingly, that Shapiro himself displayed in the interview.

In the very basic sense, a transgender person is someone whose assigned sex at birth differs from who they feel they are on the inside. This may be a difficult concept for some, but gender and sex are not related. It’s absolutely wrong to become fixated on a person’s genitals in these discussions as Seavey and Shapiro so adamantly insist on. Whether someone has transitioned with the aid of medical procedures, or ever plans to, is completely irrelevant to which gender they choose to identify with.

Seavey thinks that the trans community has “deformed public discourse, given that transgender people make up only about .3 percent of the population”. When I read this, I wondered where he could have possibly found such a number. Also, since much of his article hinges this statistic, it’s cleverly convenient he leaves out any source.

After some light research I discovered that Gary Gates, an LGBT demographer at the University of California was responsible after combining two separate studies. The first was conducted in Massachusetts between 2007–2009 and asked respondents if they identified as transgender. The second was a 2003 California study to examine trends in LGBT tobacco use. Combining the results was how Gates arrived at the magic .3 percent.

The problem is Gates himself says this statistic is flawed, has “substantial limitations,” and requires “a lot of statistical gymnastics,” as quoted in a 2014 interview. The truth is that pinpointing what percentage of the population identifies as transgender is a tricky hornet’s nest of conflicting factors—and it is most likely not .3 percent.

More importantly, does it matter? Not unless you’re like Todd Seavey or Ben Shapiro and base your argument on why the rest of us have to cater to a transgender minority. According to this reasoning, it’s no issue that trans people experience violence at alarming rates and are not protected under many anti-discrimination or harassment laws. When majority rules, the minority is left to suffer quietly.

I understand the frustration of political correctness. In academic settings, these issues quickly become complex and wrought with terms that make my head spin. I’ve made the mistake of calling someone by the wrong pronoun or not using the generally accepted language when speaking on LGBT issues. However, I also laugh at Seavey’s transphobic notion that the trans community is systemically harassing the rest of us for our use of gendered pronouns.

Ask a libertarian to change a single consonant to respect another’s identity and they act like you just took a shit on the Bill of Rights.

At another point, Seavey ludicrously compares being transgender to dwarfism, asking why people aren’t “demanding that we treat dwarfs as if their size is nothing unusual while we’re playing these egalitarian-sensitivity games?”

Dwarfism is a condition covered under the Americans with Disabilities Act, which just celebrated 25 years of protecting people against the kind of ignorance displayed in that comparison. Gender is a social construct, Seavey. It’s fluid and tied to a person’s internal identity, unlike dwarfism, which is a physical disability. Big difference.

Also, “tranny” and “transvestite” are not appropriate. There are plenty of words we no longer use because they are outdated or deemed offensive—feel free to include these in your list.

Often, when people complain about the need to be politically correct, I think they’re just lazy. They don’t want to spend the mental effort to alter language that’s been engrained into them—but that’s what language is all about. It’s always changing and evolving to accommodate new perspectives and create a (one hopes) more tolerant society.

Some people have a difficult time fitting into the gender binary that our society perpetuates—while others have a difficult time accepting that. Labeling anyone who doesn’t fit into this binary as somehow mentally disturbed or unbalanced is an age-old tactic that has been used to degrade nearly every subset of our population not deemed to be the “majority.”

The only overarching fact about trans people that can be deduced from Tur’s threats towards Shapiro is that trans people are people too. They make mistakes, say things they shouldn’t have, and are capable of being wrong—just like the rest of us.

—Daniel Mills is a writer and journalist in Phoenix, AZ.