Disputed Border Between Sanders and Trump

How about no borders at all, asks Todd Seavey? 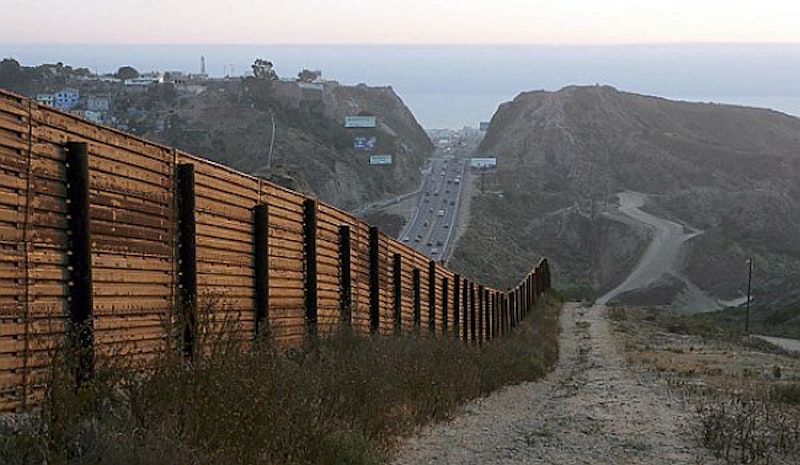 Socialist presidential candidate Bernie Sanders’ most strikingly right-wing-sounding, Trump-like comment when interviewed by Vox.com was: “Open borders? No, that's a Koch brothers proposal...That's a right-wing proposal, which says essentially there is no United States... It would make everybody in America poorer.”

The older I get, the more convinced I become that politics is mostly reverse-psychology. The other tribe, however it’s defined, says “X,” so you—you idiot—say “not-X.”

If so, the silver lining in Sanders’ ignorant, labor-union-style, anti-immigrant economic nationalism—and his clumsy attempt to tag anything he dislikes with the dreaded Koch label—is that it may remind some on the right that free markets and immigration go great together. Sanders has that much right.

Let people buy and sell where they like, and let them travel where they like, so long as they only go onto private property if welcomed onto it. Laws against trespassing and general mayhem should take care of the rest.

In an emergency, if you must, maybe check people for weapons, even for criminal backgrounds—I blame the criminals for sometimes making steps like that necessary, not the locals. But otherwise, leave the long-term cultural and economic prognostications out of it.

Those prognostications will be wrong—especially if tied to government quotas and enforcement powers. The Irish among my ancestors, famously, were not expected to accomplish much when they began arriving in large numbers. For that matter, a mere century ago, good-hearted people in New York City wondered what would become of the likely permanently poor Jewish population. Populations improve—even faster if you deny them easy welfare benefits, so, sure, do that.

It beats turning the world into roughly 200 armed camps, each with a handful of wardens in its capital city decreeing who gets to live on which part of this planet. Conservatives and libertarians, who ostensibly distrust government power, should be the last people to want government to decide something as basic as where people are allowed to live—especially people who may be fleeing bad socialist economies, like the one over which Bernie Sanders would probably preside if he became president, creating a wave of expatriates.

If you dislike national governments, please let them dissolve in “a world without rules and controls, without borders or boundaries,” to quote Neo at the very end of The Matrix.

It was really immigration that did in the Soviet Union, you know. Once they realized the entire population of East Germany was going to drain into West Germany, the East could either watch that happen or make big changes. Mass immigration has that kind of globally-transformative power, and that’s positive. Crusty old socialists are right to tremble.