The efficacy of mass protest and participating in a system you wish to dismantle. 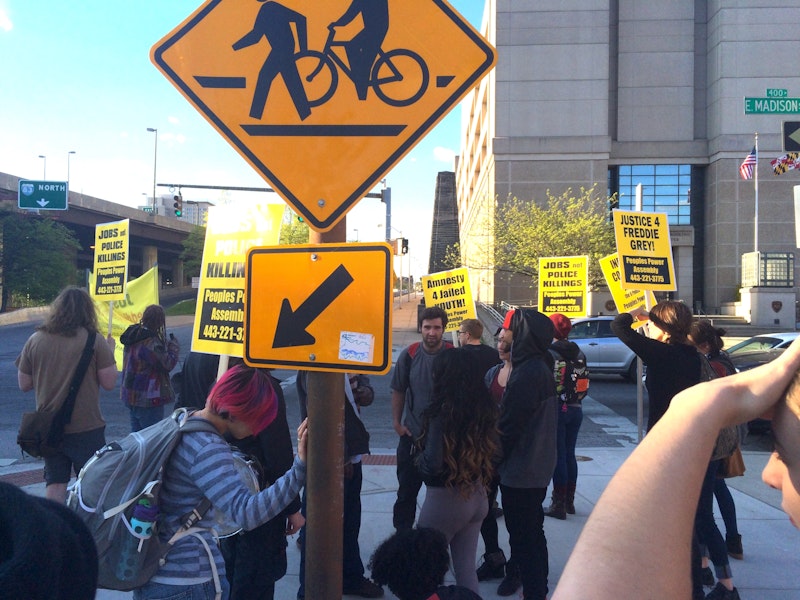 Gather again friends, it’s time for direct action. Thousands of people peacefully demonstrating is wonderful. But what has it done for us lately—this century, even? Each major protest movement since fruitless marches against the Iraq War in early 2003 has only gotten bigger and more impactful: from Occupy Wall Street; to Black Lives Matter in Ferguson, Baltimore, New York, Cincinnati, and many more; to the Women’s March on January 21, 2017, the largest single day protest in history. I forgot who said it first, but it’s easy to see that politics is the new taste: in an age of cultural polyglots, what’s the use in arguing about The Eagles and Fugazi? Bright red hair and a punk vest don’t tell you anything about a person anymore. It’s not code. The only true fringe subculture left in America are the Juggalos—now officially part of #TheResistance.

People organize and orient themselves around others who are politically rather than culturally consonant these days. Dissecting the motives of marchers and sign-makers is a cheap move and a shallow rhetorical rabbit hole: okay, loads of people marching with big signs and pink pussy hats chose their outfits and made those signs with their future Instagram and Facebook posts in mind. Who cares? Posting pictures and reports from protests on social media is an important part of maximizing a protest’s impact and message. The Women’s March was a massive success, a show of solidarity around the world that had no direct demands or leaders, the statement was simple: “We are here.”

Writing in The New Yorker, Nathan Heller has a much bleaker view of our current moment: “Is There Any Point to Protesting?” Heller notes that every single protest I mentioned resulted in zero gains: we still invaded Iraq; the banks still got off scot-free; killer cops still got acquitted; although Heller notes that the Trump administration “went about their agenda” as usual after the Women’s March, it clearly rattled the President, who’s still fixated on his Inauguration crowd numbers. Maybe that one made a dent. He writes: “Authority, in the new tactical model, arose from the number of people who showed up.” This was best demonstrated last Saturday, when 20,000 counter-protestors showed up in Boston and humiliated the neo-Nazis and white supremacists at their puny “free speech” rally, no violence required.

Heller argues that the modern model for protest began with the failed Mayday Vietnam protests in 1971: “A manual describing the demonstration’s tactics allowed Nixon’s Attorney General to summon the police, the military, and the National Guard preemptively. More than seven thousand protesters were arrested.” This was a far cry from the immensely successful Civil Rights movement of the mid-1950s to the mid-1960s, which was meticulously organized with a complex structural hierarchy and a lot of time and energy put into imaging, messaging, and timing. This is lost in the age of spontaneous protest, when simply saying “We are here” or “Hands up, don’t shoot” is all millions of people can manage.

Heller continues: “A truly modern left, one cannot help but think, would be at liberty to shed a manufacturing-era, deterministic framework like Marxism, allegorized and hyperextended far beyond its time. Still, to date no better paradigm for labor economics and uprising has emerged.”

For now, we settle for “We are here.” A physical presence, an occupation of thousands of people gathered in peace, will always have an impact, even if it doesn’t lead to killers being convicted or bankers held accountable. This quote from author Mark Lilla rings true: “We need no more marchers. We need more mayors.” The kids fired from Pizza Hut and switching schools because they were spotted marching with neo-Nazis in Charlottesville will run for office as Republicans. The “leaderless movement” messaging of Occupy was toxic and led to millions of young liberal and leftist Americans completely disengaged and uninterested with participating in “the system.”

I talk to friends who think we should abolish prisons, redistribute wealth by force, and live off the land. Fuck that. Focus on your community, neighborhood, and city. Pick up the trash in your yard. Trim weeds, pick up the multi-colored vial toppers littering your block. Run for mayor, state senator or Congress. An allergy to the system is a big problem if you want to get anything done: if the Trump presidency has shown us anything, it’s the remarkable strength of our institutions and the checks and balances of power. Trump may have tweeted that he was banning transgendered people from military service, but the Pentagon never got the paperwork, so it’s not happening.

Rose emoji socialists entering college this week must do their best to check their utopianism and embrace working within a system they fundamentally disagree with. Otherwise we’ll still be dreaming of a well-fed world living as one as the jackboots come to pack us into trucks and trains. Bureaucracy ain’t sexy, but baby, there isn't any other way right now. Get in there and change that.