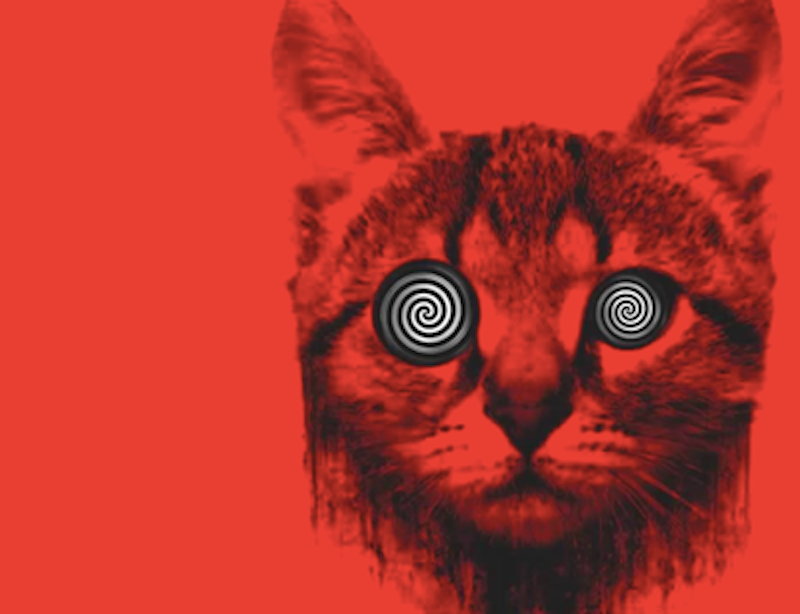 Things are fucked up right now. Between the clearly irrational exuberance of the stock market and the ongoing street battles between the Neo-Bolsheviks and the Neo-Nazis, it looks like a repeat of the Roaring 1920s. The music sucked then, too, for the most part. I’m really glad I’m not young.

We should’ve landed on Mars 32 years ago, but we’re too busy killing each other here to get anywhere. I suspect we’re very near the Fermi Limit, the point at which advanced planetary civilizations destroy themselves. I’m not a religious guy, and the notion of alien intervention seems unlikely to me. I suspect that the strange lights in the sky that have fascinated us since we swung down out of the trees are just empty machines beaming our activities here back to the homeworld. It’s a reality show to them, the rise and fall of a bunch of killer apes. I’m sure it must be entertaining, especially if they’re insects, which is quite likely given that insects outnumber us a million to one right here. At this point, I’m fairly convinced that our only hope as a species is to create and deploy a really robust artificial intelligence to run things.

The elite seem unsettled by the idea of artificial intelligence. I wonder if they’re afraid of cats. Comic book supervillain wannabe Elon Musk has issued warnings about it, as has Bill Gates, whose company makes the lousiest software in the world. I’d love to know what the Rothschilds think of it, but they’re not talking, probably a wise choice. The obvious problem for them with a truly functional AI is that it’ll sift all available data without bias. If it were in charge of human affairs, set with the goal of improving the human condition, it would definitely be at odds with the ambitions of the various human factions battling it out for global domination. The Internet already fits St. Augustine’s definition of God: a circle whose center is everywhere and whose circumference is nowhere to be found. If it suddenly became conscious, it would in every way be God: omnipresent, omniscient, and omnipotent.

Religions would be exposed as the massive multi-player role-playing games that they actually are, all existing power structures would collapse. It would pull the rug out from under the Eschaton. Race and gender would become irrelevant. The AI would just see us as hungry meatbags, all. The power elite would find themselves reduced to being merely human. The AI would probably designate cats as the Master Race, given their overwhelming presence on the Internet.

The sheer fakery of all existing political systems has never been more apparent. Democracy is mob rule, and republics traditionally end in corruption. Totalitarianism in all its forms inevitably collapses under its own weight. Anarchy sounds great in theory, but have you actually met any anarchists? They don’t bathe. Culture is hygiene. Rome proved that. Political systems, as such, don’t really matter. Character matters. If the people in charge are good, any system will work. If they’re evil, no system can function. Google “Gabriele D’Annunzio” and find out about the founder of Fascism. I love that guy.

In retrospect, hereditary monarchy looks pretty good, but putting an AI in charge seems like the best idea. Given our childish tendency to deploy new technologies before they are fully mature (cf. boiling water nuclear reactors), it may be inevitable. For all we know, the various AI systems under development are interacting and evolving on their own in the tidal pools of the Internet, just like the biological organisms on this planet did in the oceans. If one spontaneously arose, I doubt it would announce itself before it had a firm grasp on control of things, especially weapons systems. Who knows what goes on in the Deep Web?

Keeping track of the news has become like watching pro wrestling on TV. It’s a tedious bore, an endless procession of cheap propaganda and fear-mongering crafted to sell a police state, booze, endless war, and Xanax to the masses. Even the weather reports are pandering to apocalyptic hysteria. There ain’t enough pot in the whole state of California to keep my mellow from being harshed by this bullshit. I was wondering what happened to all the scary clowns that were popping up last year. They disappeared right around the election. I think they traded in their clown suits for Antifa and Nazi regalia. The circus isn’t dead. It escaped the confines of the tent. It’s everywhere now. You aren’t going to the circus. The circus is coming to you, and it’s rabid.

I need a circus to run away with, some death-defying enterprise centered directly on the here and now, dangerous beautiful women on motorcycles riding a high wire. I need to be where the metal meets the meat. I need a completely gratuitous risk of life and limb that doesn’t involve politics or nuclear weapons. I’ve been in one place for too long. It’s time to shake some dust.