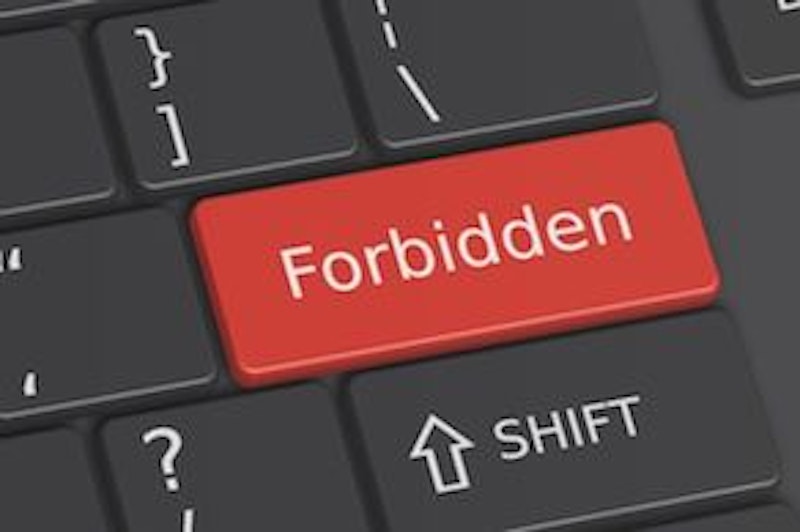 Amidst arguments over whether ethnic slurs are ever permissible even as jokes, whether a New York Times editor of East Asian descent should be forgiven for spewing anti-white hatred on Twitter (even after she urged Twitter users to get Andrew Sullivan driven from venues for what she regarded as racism on his part), and so on, it’s easy to forget that the list of terms some consider offensive includes all sorts of words you might’ve thought too abstract and technical to offend anyone.

Just in the past couple of months, for instance, I’ve been told, in completely separate incidents, that even if I’m being descriptive rather than pejorative I shouldn’t (for various reasons) use the terms neoconservative, neoliberal, social justice warrior, globalist, Cultural Marxist, classical liberal, or liberal, all of which are useful terms in certain contexts—and not just as part of some populist rant. I’ve met people who proudly answer to each of these terms, in fact. Back in college in the 1990s, I met leftists who were explicit about wanting to replace the failed Soviet economic model with a subversive cultural war inspired by Frankfurt School Marxists, so the menace of Cultural Marxism is not some hobgoblin dreamed up by the far right. Can I still say hobgoblin?

I’ve even used the dreaded “neocon” label for myself in years past (not to mention “globalist” and a few others considered inherently offensive by some), albeit with proper footnotes and qualifiers. Years ago when I worked for a time with Austin Petersen, now a Missouri Republican candidate for U.S. Senate facing a primary this week, he was the one who seemed more like an “anarcho-capitalist,” to use the label I now most often use for myself, while he’s lately been accused of being a “neocon.” Neither of us actually changed our (basically libertarian) views much, but sometimes little changes in emphasis should be reflected in language—which gets harder to do if everyone’s pouncing on forbidden words like they’re playing a game of whack-a-mole (apologies to animal rights activists).

Good listeners are generous and flexible, even playful. They accept a bit of ambiguity because they assume good intentions in the speaker. I guess that’s old hat now. Everyone’s ready to pounce, like an opposing lawyer. (I’m reminded of the literal interrogation tactics used on suspect employees by the utter paranoiacs who ran the H.R. and media relations departments at Fox News, where Petersen and I worked, but those are unsettling stories for another time and for much greater length—ideally, stories told by many, many survivors of that severely dysfunctional place, not just by me. Alas, that house of horrors and captive souls surely cannot endure, with or without liberal pressure upon it.)

One problem lately, besides everyone being so politically combative, is that as culture becomes more diversified, decentralized, and info-saturated, impatient people long to discover tiny communities in which they can speak freely—but they figure the best way to create those communities quickly is by identifying and banishing anyone with whom they can’t speak. That’s no way to maintain a common language, or common civility. It’s more like having a political “fight or flight” instinct operating at all times. Exhausting!

Meanwhile, the new Winnie the Pooh movie is banned in China because people there have likened the Chinese president to the tubby bear (not due to any perverse fantasies involving Pooh, like the ones I alluded to in last week’s column).

In the UK, it seems as if the same authorities eager to police citizens’ language love to play fast and loose with language themselves. After far-right figure Tommy Robinson was arrested for making video commentaries outside a courthouse during a trial of an accused Muslim rape gang, Robinson says he was at one point walked out the front door of the court, heard the public being told he was being freed, and then was whisked off to prison amidst reports he’d pled guilty—though in fact, he says, he was never even asked whether he wanted to plead guilty. In prison, he claims, he was starved and lost about 40 pounds.

I find some of his views objectionable but am not so naïve as to think disorienting police tactics like that can’t be used against nicer people soon enough—and for legal purposes, whether they’re nice shouldn’t be the question.

Rest assured, the far-rightists won’t be the only ones cracked down upon if we let informal language-policing slip into the deployment of real police. I notice that even as ads begin appearing for next year’s superhero movie Shazam, DC Comics has canceled a reprint of some pivotal World War II Shazam comics featuring, unsurprisingly, some unflattering ethnic caricatures. An art form filled with extra robot limbs, alternate-dimensional dreamscapes, and flaming purple gorillas is bound to have taken impressionistic liberties with the paltry human race from time to time in its long, checkered past. Be glad cops aren’t deployed to comics stores to clean them up.

Would that all publishers were as daring as libertarian Andrea Rich, who passed away last week, remembered for many things but especially for years of running the freewheeling Laissez-Faire Books Catalogue, back when a hardcopy in your mailbox was sometimes the only way to find out what libertarian tomes existed for purchase. She will be missed.

You have to be tough to keep fighting for freedom these days, so I’m pleased to see a professional wrestler with a libertarian streak elevated to office—“Kane,” as he was known to wrestling fans, now mayor-elect of Knox County, Tennessee. I suspect a man from a profession known for angry, insulting rants will not endeavor to crack down on non-violent “hate speech” in his county. Those seeking to paralyze all risky speech could learn from such noble warriors.

And to set a good example, I guess next week I should follow up with a column about Nazis.