There are things more twisted than Riggleman. 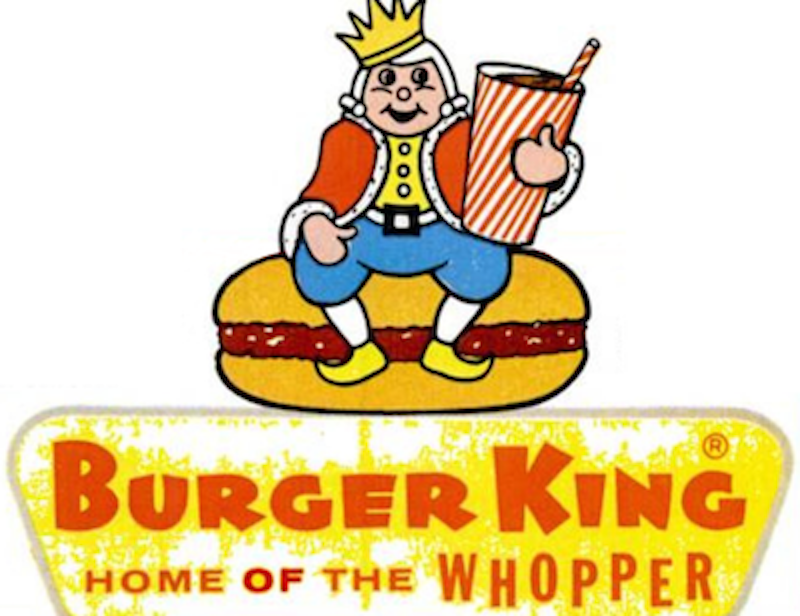 A Republican House candidate from Virginia, Denver Riggleman, already under fire for associating with a white supremacist, was revealed this week to be a fan of Bigfoot-themed erotica.

The obvious question this raises is: has he read the 1977 thriller novel Nights with Sasquatch (“AN EXPLOSIVE ORDEAL OF RAPE AND REVENGE BEYOND ANY WOMAN’S EXPERIENCE,” according to the cover copy)? I don’t know if it’s as thrilling as the animal-shapeshifter romance novel Bearllionnaire (“He’s a billionaire—and a bear”), but it sounds better suited to Riggleman’s tastes. (And what exactly is a Denver riggleman, anyway?)

This controversy may boost the electoral prospects of Riggleman’s Democrat rival, the comparably well-named Leslie Cockburn, though she’s being criticized for “kink-shaming” after saying Bigfoot erotica fans are unfit for high office. She’s an antiwar documentarian and the sister-in-law of my fellow New York Press veteran Alexander Cockburn (RIP), so I’m sorry to see her and Riggleman at odds. He has unequivocally denounced white supremacism, for what it’s worth, which is more than one can hope for these days from the left’s opposing racial social engineers, now explicitly at work on plans to make New Hampshire less white. (I say leave immigration issues to the market.)

I hope this week’s Christopher Robin movie, with CGI versions of Winnie the Pooh and his animal friends, will be far more wholesome than Riggleman’s Bigfoot fantasies (or the sex party that one left-libertarian I’ve met claimed to be attending this week dressed as a lion, perhaps technically making her a “furry,” though the sophisticates probably refuse to answer to that term).

You can’t count on wholesomeness these days. Christopher Robin, starring Ewan McGregor and Hayley Atwell, is directed by the German-born fellow who did Monster’s Ball, Quantum of Solace, and World War Z, so things may get weird. I also still think there was an odd child-molester vibe to some scenes in last year’s (non-fiction) Pooh film Goodbye, Christopher Robin—lots of shots of two effete grown men sighing and marveling at the soft-focus, slo-mo, sun-dappled head of young Christopher frolicking in the woods while his unpleasant mom was out of town and out of the characters’ hearts. It was a little off.

Another, better film last year more overtly depicted a chapter from the history of kink-meeting-pop-culture, though. Professor Marston and the Wonder Women was about the real 1940s psychologist who, with his two live-in female (probable) lovers, created the character Wonder Woman as a deliberate means of taming evil, warlike men by teaching them to adore submission to powerful women. I think these themes are still, nearly 80 years later, probably too weird to make explicit in actual DC Comics films like next year’s Wonder Woman 1984.

Admittedly, I saw Professor Marston on Halloween last year and later went to my favorite goth bar, where I unexpectedly bumped into two people I know—one a seminary student who decided not to become a priest and instead spend more time drinking, the other an unabashed member of the Church of Satan—so maybe I’m in no position to judge whether the rest of the world is weird. I contend it’s not my fault, though; it’s just New York City. I’m the normal one. Always remember that.

Meanwhile, out in Montana, a man has ostensibly been raped by his ex-girlfriend, who threatened him with a machete, reigniting among my friends the age-old debate about whether it’s really possible for a male to function while in fear for his life. Depends on the hotness of the crazy ex, one friend posits.

I’m less comfortable analyzing topics like that, though, than I am analyzing public policy (remember policy?), though that too sometimes touches on sex. Take Burger King’s latest absurd foray into advertising on behalf of potential legislation. You’d think they’d have enough to do making food, but now, not long after pushing “Net neutrality” via misleading burger-metaphors in ads on the topic, Burger King is spending its ad dollars on a push for congressional action against the so-called “pink tax,” which is really just the freedom of women to buy slightly more expensive items if for some reason they want explicitly female-themed products, such as ones colored pink.

I would’ve though your right to make such purchases (or not, as you may easily choose) was as obvious as your right to pay more for large fries, but Burger King, ostensibly a capitalist organization, says no. Apparently, there can be no gendered products, no differential prices, in the surprisingly egalitarian ideal land envisioned by a meat monarch. Are women really such hopeless shopaholics that only Congress can prevent them deciding to spend more money? That seems at odds with the old feminist vision of personal autonomy, but then so do most feminist crusades these days.

Could there be a clearer example, by the way, of literal Cultural Marxism than Burger King using feminism in an attempt to get Congress to overrule markets and set prices? Pink specialty items must not be permitted to have inegalitarian prices because the sexes are equal, thus Congress must act in defiance of market forces, says Burger King. This is the regulation-via-culture-war plan, and it’ll be deployed in every imaginable nook and cranny of culture until, surprise, a “just” culture turns out to have no economic freedom, almost as if these humble, compassionate-sounding culture warriors knew from the outset their end goal was communism.

Let me make my reaction, as an actual free-marketeer and former occasional Burger King customer, quite clear: I will never make a purchase from your stupid communist burger chain ever again, and I hope I never hear about even one purported defender of markets buying from the company either. Please, please, #BoycottBurgerKing.

If people can boycott places like Chick-fil-A over the (futile) policy beliefs of their religious (and now deceased) founder, surely we can summon the ire to boycott Burger King for urging real government action against the populace, with all the fines and potential imprisonment fines (if resisted) imply. And if you’re so “progressive,” Burger King, how about eliminating the patriarchal-monarchist word “King” from your name? For shame! Time for Burger Democracy.

A prediction, though: when a backlash against idiocy like Burger King’s anti-pink-tax push causes the chain to go out of business, the lie in the mainstream media (be ready for it) will be that the chain failed because of racism (whites suddenly noticed the place is popular among blacks, etc.). Get woke, go broke, as they say. But Burger King is owned by a Canadian firm that also has Tim Horton’s and is affiliated with Heinz—itself linked to the Kerry wing of the corporate/political establishment—so maybe they think they’ve transcended old-fashioned concerns like supply and demand.

Meanwhile, the morally and intellectually superior McDonald’s, on the 50th anniversary of the Big Mac (and not long after unveiling their Bling Mac jewelry), touts the far more capitalist idea of MacCoin. It’s not cryptocurrency, and it merely entitles you to a discount on another Big Mac, but it’s a nice symbolic start. Surely the state is not long for this world.

While it lasts, though, the dissident capitalist’s choice is clearer than ever before: McDonald’s is good, Burger King is authoritarian evil. Failure to eat accordingly is your right but would be perverse.