The commentator follows his arguments where they lead, come what may. 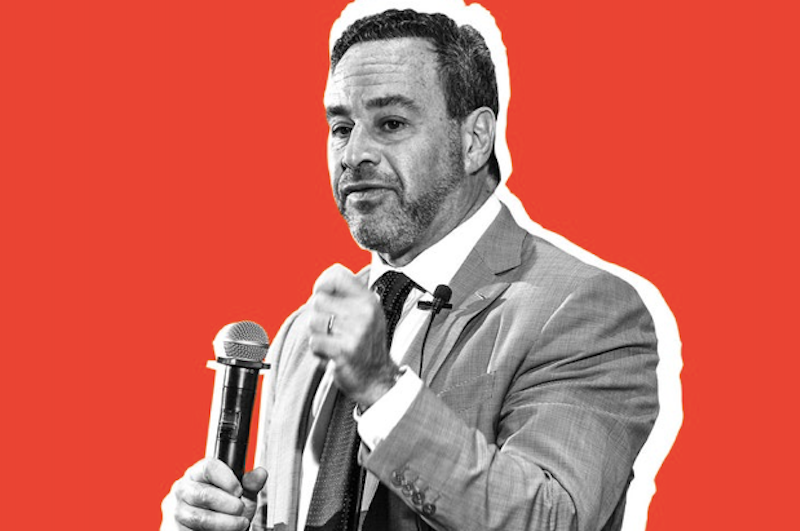 David Frum inspires strong emotions, including adulation and rage. When the prominent political commentator retweets me, my once-sedate Twitter feed suddenly lights up with notifications from Frum enthusiasts and detractors. Among my Splice Today colleagues are a number who regard Frum with fervent dislike, and it’s been said that as a pro-Frum contributor at this publication I’m likely a “caucus of one.” If so, I wear that badge with pride.

Frum’s a colleague and friend of mine whom I’ve known for well over a decade. I was a regular writer for his website FrumForum (initially called New Majority), which in the Obama years aimed at the “modernization and renewal of the Republican Party and the conservative movement,” and I’ve collaborated or interacted with David in various other venues since. My political views and Frum’s continue to have considerable overlap, notwithstanding that I left the GOP to become first an independent and then a Democrat, whereas he’s shown an inclination to stay in the Republican Party rather than cede it as a cause lost to unworthy inheritors.

A vast amount of political commentary today employs motivated reasoning toward preordained conclusions, valuing partisan or ideological loyalty above dispassionate weighing of evidence. In this atmosphere, a commentator like Frum, who’ll criticize what’s long been his own side without decamping to the other, infuriates people on either side of the gap, not least because he can’t be dismissed by his former comrades as an ignorant outsider. The breakaway non-conformist readily gets lambasted as insufficiently principled, even if those he’s diverged from have changed more than he has. Meanwhile, many on the other side complain he hasn’t adequately embraced their positions or repented his previous works; thus, they maintain a comforting perception of their opponents as an undifferentiated, irredeemable blob.

Conservatives who’ve fallen away from conservatism’s shifting agenda often get accused of opportunism, of pursuing the supposed lure of career advancement in liberal media and invitations to “Georgetown parties.” In reality, remaining in the right’s good graces is a safer guard against obscurity and unemployment. Frum’s career success, in my estimation, has occurred principally despite, not because of, his apostasy, as when his Obama-era criticism of Republican healthcare recalcitrance as a political “Waterloo” cost him a lucrative position at the American Enterprise Institute. And worry about exclusion from celebratory D.C. gatherings surely doesn’t shape anything David writes, as he himself throws some of the best.

Though I’d read Frum off-and-on long before, I took growing notice of his work in the second half of the 2000s, particularly his column at National Review’s website, then known as NRO. When Frum’s book Comeback: Conservatism That Can Win Again came out in late 2007, I gave it a favorable review in the New York Post, expressing some reservations, for instance about a potential GOP anti-obesity crusade, but mostly seeing the book as offering valuable ideas for the right, in policy and politics. I was particularly intrigued by his case for a carbon tax, as having national-security and economic benefits beyond its core purpose of countering climate change. As a “libertarian conservative,” I’d long rejected any kind of carbon-pricing out of hand, even though I’d never bought into right-wing denials that global warming was real or anthropogenic.

I’d never met Frum, but soon got an email from him thanking me for my review and shared interest in bringing reforms to the Republican Party and conservative movement. As I recall, his note had a more urgent tone than I would’ve expected, describing the GOP as a “sick party” that he hoped to gather like-minded people to cure. So, I wasn’t surprised when, at the Obama era’s outset, Frum left NRO and set up what’d become FrumForum. I got back in touch, soon stopping by during a D.C. visit and then starting to contribute articles to the nascent webzine.

FrumForum was a lively venue. It was an incubator of journalistic talent, and it avoided forming an ideological party line; while the gist was that the GOP needed to do something different from what it’d been doing, what that should be was a matter of debate, with a variety of moderate and conservative views in the mix. Overall, though, FrumForum was sailing against the ideological tide within the GOP, represented then by the Tea Party’s emphasis on outsiders over technocrats, intransigence over compromise, and driving out the “RINOs.” In early-2012, Frum made the understandable decision to stop publishing a webzine that had limited prospects for backing from the deep-pocketed donors of the right.

Since then, Frum’s focused on presenting his commentary in books and major media. Trumpocracy and Trumpocalypse, two of his books of recent years, would be fixtures on any Never Trump reading list. Yet as always, Frum has a knack for telling readers things they may not wish to hear. In a review of Trumpocracy, I wrote: “Democrats eager to plunge into a book about Trump's authoritarianism may be discombobulated, early on, to read about how President Barack Obama stated that circumventing Congress on immigration was beyond the rightful powers of his office—and then did so anyway when that became politically expedient.”

I’ve got my disagreements with Frum; immigration, in fact, is one such area, as I’d be less inclined than he is to restrict entries to the United States based on a “point system” such as used by Canada and Australia to vet applicants. Still, I know that when Frum takes a position, it’s where his reasoning and research have honestly led him, not because it’s a crowd-pleaser or resume-builder. As I noted on Twitter, his diligence extended to a well-researched excursion to World War I trenches in France. When Frum’s interested in something, he’ll dig into it deep.