The Horses Are Off the Track

Who's a rotten bag of oatmeal? 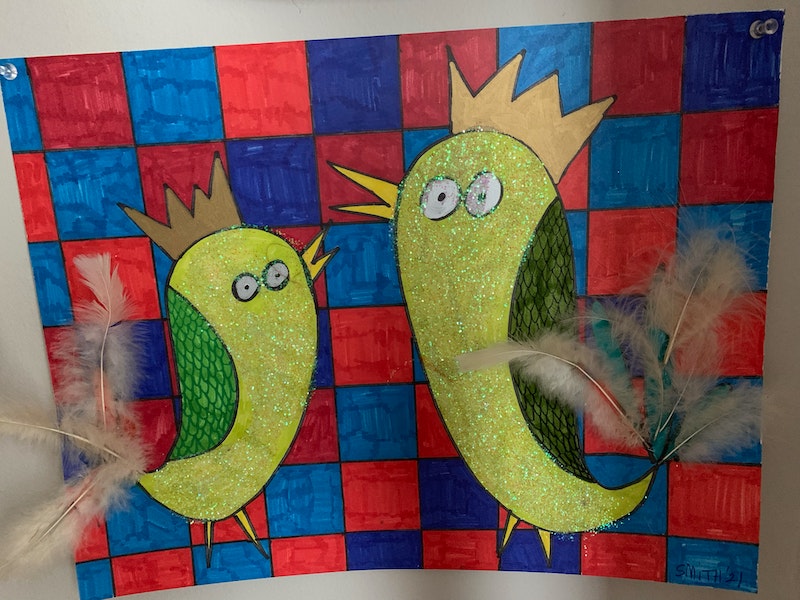 On occasion, for no particular reason, an off-hand crack, will leave me in stitches, the kind when the laughter is such that I’ll need to remove my glasses and dab the eyes. My wife and I were on a short hop to get coffee, and on NPR there was a clip of some conservative windbag referring to Joe Biden as “a rotten bag of oatmeal.” It wasn’t very original—and perhaps it made a stir on social media that I missed—but the guy said it with such certitude that it did the job. It’s fortuitous to have a funny minute or two out of nowhere.

That was in stark contrast to the irritation that roiled me at several points in the morning and afternoon last Friday. Since you read minds, you’ve already guessed it was about the skinflint practices, online and off, of banks. I take advantage of the convenience of ATMs every 10 days or so—good thing, too, since my institution of preference since 1987 has deserted Baltimore entirely, which means I can’t deposit or cash checks in person—and withdraw $600, since I like to use cash instead of credit cards as often as possible. But in the past two weeks, there’s a new wrinkle at the ATMs in the vicinity of my office: punch in $600 and it says you’ve “maxed out,” even if your bank account is healthy. What that means, unless I’m missing something, is that I have to “ask” for cash in increments of $200 three times, which works, but naturally triples the $3.50 “fee” for the transactions. I can’t really say this situation deserves the “loan shark” description, but it does get the smoke coming out of my ears.

Banks just blow today. Nothing like the Norman Rockwell scenes of long ago when a kindly teller would take my passbook at Security National Bank in Huntington, New York (when my son Nicky turned seven, I thought he was grown up enough to have a token bank account, and was horrified to learn that passbooks no longer existed; he was disappointed, since I’d built up the “big boy” milestone, but a hearty breakfast at the now-departed Socrates on Hudson St. in Tribeca made up for it) and make a few marks upon accepting the $20 I was depositing.

Last week, on the other hand, I received eight separate emails and phone calls about a late payment on a credit card—the balance I owed was $59!—and on a call that I foolishly accepted, I told the lady on the other end, “One last time: I mailed that check two weeks ago. I don’t deliver the mail!” That had no effect (I’d suppose that hers is a position where one is inured to irate customers after two hours on the first day of employment), as she wanted the exact time I sent the $59, which was unavailable since I was downstairs, happily watching the Red Sox whomp the Orioles. I finally just hung up.

Breaking news: I just received another dunning call, and this time I acceded to the curt lady on the line and went through an arduous process to make the payment in full. When Johnny Appleseed’s descendant—not really an accurate analogy, but I like typing Johnny Appleseed, and I’m no mood—delivers my next statement, I’ll have a credit. Minus the “late” fee, even though it ain’t my fault it was “late.” (I don’t have the inclination at this moment to rip into the USPS; it’s running on fumes as mail carriers crawl to houses on their route, every other day or so.) Fucking lepers.

Admittedly, the above is picayune—maybe even self-indulgent if you, like me, are in a sour mood—but in a budsy-wudsy news cycle, there’s not much on my table. Look elsewhere for an amateur analysis of China’s Evergrande (although it’s always perplexing, no white that out, predictable, when left-wing “economists” fairly do a jig whenever there’s even the slightest portent of a 2008 repeat financial maelstrom); if you’re a Yankees fan, curse Gary Sanchez and Gerrit Cole, but I’ve got my hands full, and a stomach that churns with every pitch, worrying about the Red Sox gaining a berth in the American League Wild Card game, a one-off showdown after six months of baseball; I don’t give a shit about Beto O’Rourke running for governor in Texas; and while on general principle I’m in favor of allowing asylum in that state to a number of properly-vetted Haitians, it’s not as if the facts are clear as to how many migrants are “camping” in Del Rio, maybe 2000 or 10,000 or 30,000 depending on news source you consult, and of course the nativists—whether Republican or Democratic—have no shame in demonizing these poor souls; and I just don’t want to hear or read or write about masks anymore—I wear one in stores because it’s the law, but don’t care if you or yours don’t—and if celebrities want to flaunt their, to recall a 1990s term, fabulousness by showing their no-mask faces on awards TV shows, while kids are forced to cover up in school, well just put that in your well-worn “life isn’t fair” pocket.

I do have to say that all the current stories about that rotten bag of rotten oatmeal, Joe Biden, losing his presidency (as opposed to his mind, which is ongoing) not even a year into his administration—and while the CIA is perhaps spinning the wheels, demonstrating the incompetence it’s shown since knocking off Allende in 1973) strike me as premature since the midterm elections are more than a year away. Doesn’t look like it now, but as Paul McCartney so maddeningly sang in the 1970s, in “this ever-changing world in which we’re living” down might be up the staircase come November 2022 and he’ll once again be hailed as a combo of FDR, Harry Truman and one of the early dead white men who owned slaves but nonetheless participated in the birth of this nation. (Although if Clinton bagman Terry McAuliffe loses his bid to re-capture Virginia’s governorship, a most desired outcome, I’ll give the Biden doom-merchants a slight nod, even though right now I’d bet $10 he pulls a Justin Trudeau.) My favorite came via the awful New York magazine word-processor Jonathan Chait, who wrote about Biden disaster under the headline: “Joe Manchin Has Put Biden’s Presidency in Mortal Danger.” It’s more accurate, I’d venture, that New York is in “mortal danger.”

Lapsing into Twitter-speak, I think we can all agree that Sen. Manchin has a swell job right now.

If you’re lucky, I’ll soon “circle back” on that thought to “unpack” it all.