Michael Tracey is onto something, and fall has its charms. 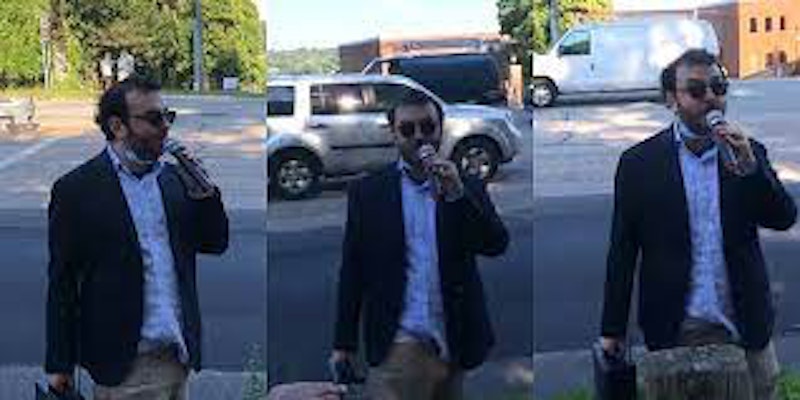 O delights of autumn, season of mists and mellow fruitfulness!

In reality, fall in Indiana is no season of mists, nor does “mellow fruitfulness” seem the right modifier to describe it. It’s a hard, dry season, as it is in most of the northern precincts of the continental United States east of the Rockies. The general desiccation is the prerequisite for those phenomena—rattling branches, leaves crunching under the soles of sandals, slowly imploding jack o’ lanterns on early-November porches, the acid scent of withering apples drifting from an orchard—that are so much part of the iconography of this season in the United States. “Mellow fruitfulness” is a quality that characterizes autumn in moist English precincts populated by fey young consumptives, but it’s little in effect in Hoosier country in September, October, November, and December.

No matter. Fall remains the best American season, just as summer is the best season in my beloved Russia. I get increasingly anti-American as I get older—at this point I’m somewhere between Charles de Gaulle and Hugo Chavez on the America-Hate-O-Meter, and am edging up in the direction of Marshall Zhukov—but my contempt for the United States still hasn’t impinged on my enjoyment of the particular way the season unfolds here. I’m personally unaware of any other culture where autumn is so filled with generally meaningful, not to mention downright pleasant, national festivals, traditions, rituals. Among them are the best part of the baseball season (I continue to enjoy the rich pageant of our national pastime!), most of the football season, the Octoberfest events that occur here in an eastern Indiana settled significantly by German immigrants, Halloween (a holiday that I enjoy, though America’s Evangelical peckerwoods look askance at it), Thanksgiving (unsullied, in my view, by its association with radical Protestantism), and that long countdown to the Incarnation of Our Lord that is popularly known as the Advent.

More personally, autumn is for obvious reasons a meaningful time for a small organic farmer. By mid-November Mother and Sister Marie have, under my benign supervision, “tucked away” the beet, rye, corn, and garden vegetable harvests in our outbuildings, not to mention slaughtered the hogs, the year’s chosen calf, and the Thanksgiving turkey. By early-December they’ve dug up all the root vegetables, most importantly the potatoes, and burnt the stubble in the fields in a ritual that fills the countryside with the most delightful smoky scent. The feeling of achievement is glorious, and something that I think is known only to those who have given their lives to husbandry. The year’s work is done and the festival season, with its fine pastimes, awaits.

Then, too, the homebrewed beer is ready in our cellar vats and it is prime mushroom season, meaning that Brother Aiden and I can tramp the hills peering under bushes for porcinis as we discuss matters of philosophical and theological import.

A toast to autumn in all its glory!

Rejoicing has broken out here at the homestead in light of the fact that the American establishment is swiftly imposing a total surveillance regime on the populace, one that bases its legitimacy and derives its “prestige” from the expertise of medical professionals. The writings of Michel Foucault are, it’s unnecessary to point out, the obvious reference point here; one wishes that the Frenchman were around to see what the Americans for whom he seems to have had a certain disgusted fascination were up to.

Anyway, it’s worth giving Foucault his due here: we’re seeing develop around us a state of affairs that will be familiar to anyone who ever read The Birth of the Clinic. The Twitter feed of Michael Tracey, possibly the most hated man in the history of the Internet, is a good place to learn the particulars of how this medical surveillance regime is taking shape.

But, as Comrade Lenin is believed to have said (likely apocryphal): The worse, the better! Ridiculous regimes like the one that we live under are inherently brittle and unstable. It can take a while for them to fall apart, but then, when your eyes are, as mine are, fixed firmly on the Eternal, what’s a couple of decades, give or take?

Meanwhile, I’m looking forward to subscribing to the new journalism venture called Puck, which will fill my winter evenings with the pure, uncut, American-exceptionalist neo-liberal pro-war establishment content that I’ve pined for since Martin Peretz was disencumbered of The New Republic. I will horde my digital copies of Puck, because they will serve as a psychic bulwark against the grim Indiana winter, and also because there won’t be that many of them before this latest exercise in “independent journalism” expires like the rubber plant in my study that I forget to water since late-June.

Convivial greetings on this, the feast day of the Hieromartyr Babylas, bishop of Antioch, and of the Martyrs Prilidian, Epolonius, and Urban!

Glory to Christodula, mother of Martyrs, and most chaste in her own Martyrdom!

Glory to the Russian Orthodox Church and her Martyrs most beatified!

Convivial greetings on the occasions of their feasts!