The Attempted, and Failed, Silencing of Abigail Shrier

Author skeptical of teenage gender conversion gets the "treatment." 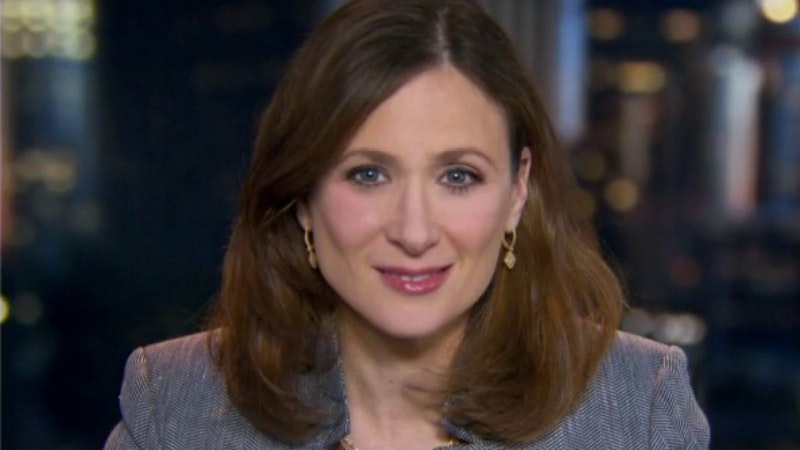 The "Gender Support Plan" is becoming a common document in the American educational system, used to inform teachers of a child’s new chosen name and gender identity—"trans," "agender," "non-binary," etc. Here's a snippet of language from one such document: "School staff shall not disclose information that may reveal a student’s transgender status or gender nonconforming presentation to others. Therefore... when speaking with parents... school staff should not disclose a student’s preferred name, pronoun, or other confidential information pertaining to the student’s transgender or gender nonconforming status without the student's permission."

Confidential even to the parents? School staffers now refer to certain children using names other than their given names, and the school keeps parents in the dark. Journalist Abigail Shrier, a skeptic on the current manner in which transgenderism among children is handled, wrote a bestselling book last year voicing her reservations—Irreversible Damage: The Transgender Craze Seducing Our Daughters—and the response was predictable. Shrier has been relegated to pariah status in the non-conservative world for believing what people aren't allowed to believe. It's as if she'd denied the existence of the Holy Ghost in the 1960s and the Vatican moved to shut her down.

Specifically, Shrier's concern is over the current trend of teenage girls deciding that they're not really girls and then finding that the road’s paved for them to start taking testosterone without their parents' consent, or even knowledge.

Since Shrier's book was released, there's been a campaign underway to suppress and discredit it. The New York Times, which appointed a "gender editor" in 2017, ran a strawman rebuttal piece by Jules Gill-Peterson, associate professor of English at the University of Pittsburgh, pointing out that teens have been transitioning out of the gender stated on their birth certificates for years. But the professor, in an anecdotal argument, failed to include a shred of data on how the numbers for previous decades compare with the current numbers. Shrier's not arguing this is something new. She's saying that gender dysphoria's spiking among teenage girls—there's been rapid rise of gender surgeries on young women in recent years—and she clearly states her opinion on the underlying factors involved. Those reasons have to do with the impact of social media and the strong desire of teen girls to go along with their peer group. Shrier calls this trend a "social contagion," and in turn she's considered contagious—worthy of a lockdown.

Nobody burns books anymore, but the urge—especially on the Left—lives on, so Shrier's experiencing the modern version of Fahrenheit 451, although in the end that effort backfired. Target pulled the book off its shelves because it's "harmful." GLAD—now called GLBTQ Legal Advocates & Defenders—accused the author of spreading misinformation. Outraged Spotify employees demanded that Joe Rogan's podcast interview of Shrier be pulled from the platform. Chase Strangio, a transexual and star lawyer for the now corrupt and discredited ACLU, called for a ban on the book. Stopping the circulation of this "dangerous polemic," he tweeted, "is a hill 100% I will die on."

In addition to expressing the most illiberal thought imaginable, Strangio's strange pronouncement sounds like a threat of violence, or at least extremism. What more do you need to say about the ACLU's loss of integrity other than it now stands for banning the publication of books it dislikes? And those who are supposed to be the guardians of open debate got the message. A publication known as "Science-Based Medicine," fearing some sort of reprisal on that "hill," ran a positive review of Irreversible Damage and then, after getting gang-tackled by an online mob, it turned and replaced the article by longtime contributor Dr. Harriet Hall with a negative review.

Science-Based Medicine's all about the "science," even though the second review it ran after pulling the first one (probably too hastily, due to the pressure) contained, by its own admission in an editor's note, four errors. That's slovenly journalism when an article is so full of errors that it has to be retracted, and then its replacement is also error-ridden. Science-Based Medicine, along with The New York Times, is no longer a credible source of information.

In fact, the sanctimonious totalitarians who enforce a speech code around transgenderism are about as closely associated with science and open debate as the Chinese Red Guard were in the 1960s. Still, they're powerful enough to bully a publication that presumably used to care about the scientific method and objective truth. That's because the strategy of making people fearful of voicing their own science-based opinions has been a huge success. Connecticut's first "out" non-binary physician, AJ Eckert, who wrote the replacement piece for Science-Based Medicine, meant to slam Irreversible Damage by citing the fact that Regnery Publishing, a conservative publishing house, published it, but Regnery was the only publisher not cowed into submission and forced to pass on the book.

When organizations claiming devotion to the Constitution are lobbying for unconstitutional actions and the emotions of a tiny minority dictate what opinions are allowed, we need more publishers like Regnery and more journalists like Abigail Shrier. But most journalists are too afraid to write a story, as Shrier did, about a girl who goes away to college and suddenly, after hanging around with a new crowd and wanting to fit in, has gender dysphoria. It's not acceptable to even ask if this girl acted precipitously after coming to this epiphany.

Chase Strangio's fervor to take Shrier's book out of circulation illustrates an important point. The political battlefield's no longer just liberals and progressives against conservatives. Increasingly, it's about the woke, who are neither liberal nor progressive, against everyone else. If Democrats and Republicans want to find a common cause to ease the current political polarization and improve society, fighting these strident, intolerant activists would be a worthy cause to unite over.