Jettison them when they turn out wrong. 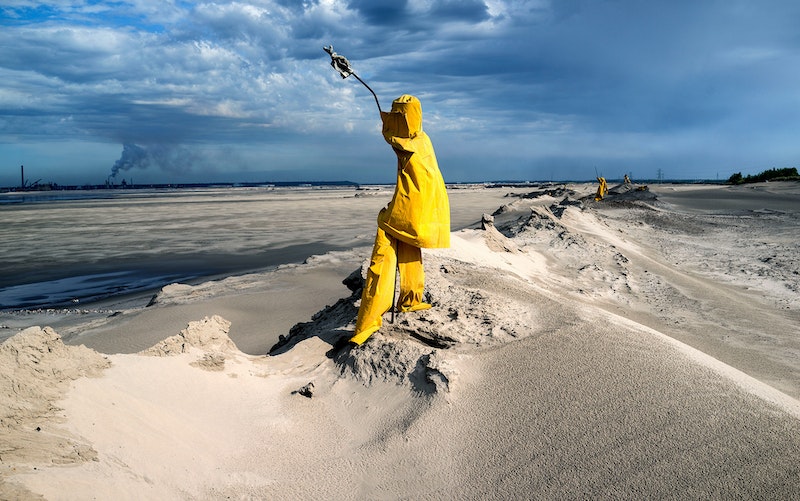 I was a longtermist for about three months. In August, I wrote a favorable review of philosopher William MacAskill’s What We Owe the Future. I didn’t mention “effective altruism,” or EA, the movement from which MacAskill’s longtermism had sprung. The parts of the book that discussed EA struck me as a little boring, and not central to his thesis that we should care about people who may live far into the future and do what we can to improve their prospects.

I still believe that basic thesis, and that MacAskill’s book makes some worthwhile points. But even before the implosion of the FTX cryptocurrency platform run by EA and longtermism proponent Samuel Bankman-Fried, I was having doubts about how these ideologies can serve as justifications for a focus on making vast sums of money (with a stated intention to give most of it away) and for shrugging off suffering and problems that aren’t “existential” (since, in the longtermist calculus, human extinction is the key worry).

For example, climate change is often downplayed by the EA/longtermism community on the grounds that it already gets enough attention and won’t terminate humanity altogether. The dangers of a takeover by AI, or the bliss people might have living as digital simulations, get much notice in longtermism, though these are sci-fi scenarios of dubious plausibility. Longtermism overstates human capacity to calculate moral values and the probabilities of scenarios over time. It’s a label and ideology already laden with baggage I’m not willing to carry.

It joins other “isms” I’ve put behind me. I long had affinities for neoconservatism and libertarianism, two schools of thought that had an alliance of sorts in the 1980s and 1990s but veered apart in the 2000s over issues ranging from government spending to stem cells to the Iraq War. Following William Safire, I called myself a “libertarian conservative,” and using a term coined by Frank Meyer, also said I was a “fusionist,” though in retrospect the latter label probably overstated my willingness to “fuse” with the agenda of social conservatives. In college, I was influenced by Ayn Rand, but I was never an Objectivist, and the capital O in Objectivism seems to me to reflect the insularity and rigidity that have characterized that movement.

“National conservatism” is repugnant to me, both in substance and in the opportunistic way conservatives such as Rich Lowry deployed the term to connect themselves with a Trumpian nationalism that had discarded long-standing conservative principles. At the same time, “nationalism” strikes me as a bizarre term for a movement with an affinity for foreign autocracies and receptiveness to their influence operations and corrupt dealings in the U.S.

I’ve called myself a centrist or moderate in recent years, though I’m not inspired by prominent politicians associated with those labels, including Joe Manchin, Kyrsten Sinema and Mike Bloomberg. The first two have seemed primarily interested in using their vote-balancing positions in the closely-divided Senate for self-aggrandizement. Bloomberg, as a presidential candidate, lost me with his obscurantism about whether Xi Jinping’s a dictator.

Some isms evolve to become insults. “Wokeism” is a term mainly used by its opponents, with self-descriptions as “woke” increasingly uncommon. I’m no fan of the social justice left, with its emphasies on characterizing demographic categories as oppressors or victims, and on policing language through jargon and circumscriptions of who’s allowed to say what. However, “anti-wokeism” is its contorted mirror-image, an ideology focused on misleading word-games. Christopher Rufo’s reframing of drag queens as “trans strippers,” conflating “transvestite” with “transgender” and the fully-clothed with strippers, is an example of such dishonesty.

I’ve written about the skepticism movement and its emphasis on debunking the paranormal. That movement’s formal organizations hold little appeal for me. Partly, that’s because I don’t care that much about many of the things they’re debunking, and partly because I’m not on-board with the anti-religionism of some of them, as I practice Episcopalianism, albeit toward some of the farther reaches of theological liberalism. I’m also a believer in fallibilism, the view that it’s generally possible, in the beliefs one holds, that one is wrong.

Four decades ago, Martin Gardner, prolific writer on diverse topics, published The Whys of a Philosophical Scrivener, an absorbing book stating his intellectual positions. The chapters were framed in a negative way, with titles emphasizing what he wasn’t rather than what he was. These included, among others, “The State: Why I Am Not an Anarchist,” “Liberty: Why I Am Not a Marxist,” “The Gods: Why I Am Not a Polytheist” and “Faith: Why I Am Not an Atheist.” Gardner’s approach makes sense to me. Far more isms deserve to be rejected than accepted.