Cry Wolf and Get Wolves 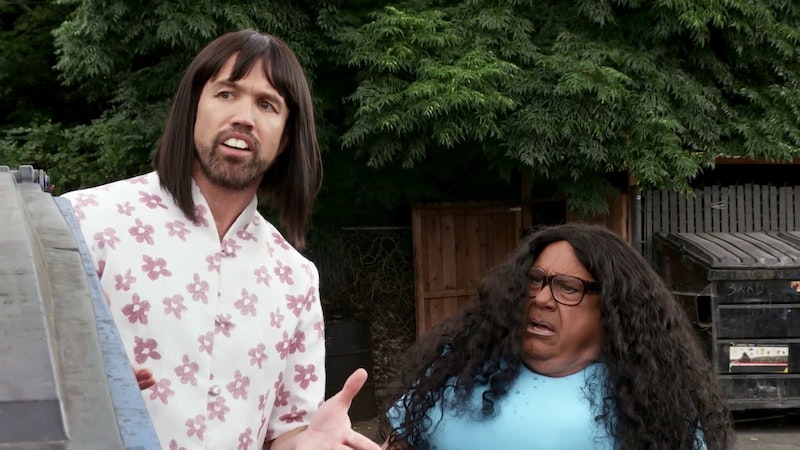 It’s not that the public is getting more evil. It’s that they’re getting increasingly tired of being expected to feel guilt on command over a world far too bonkers for them to control. Reactions to events in the news are far more subjective than either the press, with its stentorian pretense of merely reporting the facts, or political factions, with their call-and-response-like choruses of synchronized thought, admit.

One can reasonably worry about Trump, Ye, and Nick Fuentes formulating hateful or reckless political plans—but have we become so well-trained by the panicky left that we can’t even pause, at least for a moment, to consider the irony that this supposed conclave of “white supremacists,” as the press keeps labeling them, is made up of a man with Jewish grandchildren, a black rap star, and a Latino?

That doesn’t excuse everything they say or do, but to people willing to learn (unlike the very old-fashioned press), it might at least offer a hint that they’re trafficking in irony more than in fascism. To take that possibility seriously, though, one would have to have a sense of irony, and the press has suppressed that sense with increasing success for decades now. You should be at least as capable of thinking, “Hmmm, maybe these three weirdos are batting around taboo-sounding thoughts as a sort of sport” as you are of thinking, “Uh-oh, the Nazis have made such successful inroads that even the blacks, Latinos, and relatives of Jews are now readying the gas chambers!”

None of this means you’re obliged to elect anyone from that three-man brain trust to the presidency, and Trump advisors richly deserve whatever feelings of PR panic they’re now experiencing. If, by contrast, you want to confer about the old, nearly-forgotten task of creating a saner, freer world, I’m visiting DC this week for the first time since the Covid panic, and you can email me, with my assurance that my apathy isn’t a cover for or prelude to genocide. This trip south comes just after my first trip in ages northeast to my childhood homeland of New England, and I can’t help thinking that’s no longer the only region where Puritans live.

My fear that the impulse to censor is always lurking, not just in the press or in one political faction but seemingly everywhere these days is underscored by things like Claire Lehmann, founding editor of the free-speech-promoting, taboo-busting, sometimes right-wing-sounding site Quillette, joining not only the chorus of people defending Australia’s rigid anti-Covid lockdowns but the overlapping group of users leaving Twitter because they’re so alarmed by Elon Musk buying the site and letting people say what they like (while being easily ignored, muted, or blocked by those who don’t want to hear them).

Is virtually everyone just itching to find some target, some batch of heretics, to crush—even if they are themselves reputed heretics and truth-tellers? (This would certainly recapitulate the aforementioned history of New England, with its religious dissenters turned stockade-builders and in time zealous regulators.)

To refashion for the Twitter era an old refrain that was used (with good reason) to warn Jewish people and others about gradually mounting fascist threats: first the cyber-censors came for the conspiracy theorists, then for immigration critics (tantamount to libelers in the EU’s eyes), then for Covid doubters (no room for doubt in science debates!), then for potentially election-altering info like articles about the Hunter Biden laptop, then for election doubts (the 2020 ones, not the wholesome 2016 ones), then for resistance to the Ukraine war—the new generation of censors saying each time, “Just this once because civilization depends on it,” as if any sane person still believes that.

And you can’t even escape it all into comedy anymore, as you’ll be reminded if you turn on Hulu and seek episode three from season four of the brilliant and improv-like comedy series It’s Always Sunny in Philadelphia. That episode, like about four others of It’s Always Sunny, isn’t on Hulu because viewers’ minds may not be able to withstand seeing the character Dee, who like most of the characters on the show is supposed to be an idiot with poor moral judgment, adopt various extremely ethnically-stereotypical guises in an effort to attract attention on YouTube and pull off other scams.

The prior episode alone contained likable main characters trying to murder, rob, and waterboard each other, but it’s the fake Chinese accent society can’t handle, apparently. Everybody calm down, for crying out loud.