Aside from symbolic votes in the House and Senate, the government will “lock down” for two years. 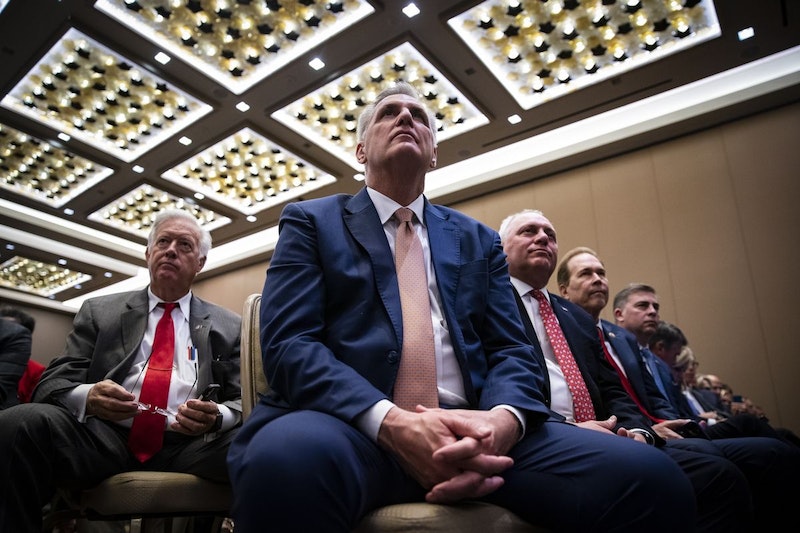 Joe Biden didn’t get much done with a Democratic majority in the House and Senate. Republicans will likely hold an even slimmer majority in the House, while Democrats could expand their 50-50 Senate majority to 51-49. Significant policy achievements from the federal government are unlikely.

Controlling one chamber with a small majority, the Republican Party’s largest achievement might be blocking Biden’s agenda. Democrats in the Senate will have little incentive to move forward with major legislative priorities. The Republican-controlled House will likely want to conduct investigations. They'll probably kill the Democrat-led January 6 investigation committee and turn the focus to investigating Hunter Biden and his sketchy business dealings in countries like Ukraine. They’ll want to know if Joe Biden used his political power and connections to help his son. A minority of Republicans will move to impeach Biden. Marjorie Taylor Greene, who claims to be in talks with Donald Trump about being his 2024 running mate, has said she wants Biden impeached. It’s hard to imagine swing-district Republicans supporting that agenda.

The combination of investigating Biden and the right flank of the party wanting him impeached will likely further sour relations between Biden and the Republican-controlled House. The Senate has some of Biden’s friends and former colleagues. Kevin McCarthy and Greene are not Biden’s friends and former colleagues. It’s hard to envision a McCarthy-led House and Chuck Schumer-led Senate coming together and passing any substantial pieces of legislation that improves the lives of Americans.

Biden will likely react by slamming House Republicans as extreme MAGA acolytes. He’ll attack them on unrelated issues. Both chambers of Congress can virtue signal and hold show votes. They can find issues that are popular among Americans that their party supports. In the House, the GOP can pretend to care about the deficit again. They can advocate for greater border security and rail against the Biden administration for hiring more IRS agents. Publicizing culture war issues could prove more difficult for the GOP with such a slim majority. Often, a past show vote was for setting a 20-week gestational limit on abortion. But federal Republicans no longer have to pretend to care about protecting the lives of unborn children because they can say they want to leave it to the states.

Show votes can get interesting. In the Senate this session, we’ve learned that Democratic politicians oppose banning human-animal hybrids (chimeras) and racial considerations in college admissions. We also know from past sessions that they support sex-selective abortion and human cloning. And they oppose the Green New Deal.

Conversely, Democrats can hold show votes on advancing policies they know Republicans oppose, like the Respect for Marriage Act. This session, the Senate held show votes on bills like the Equality Act, the John Lewis Voting Rights Act, and the Women's Health Protection Act, among others. Expect that trend to continue. The bills may have some controversial provisions, but the names, at least, sound good.

And if Democrats are smart, they’ll hold votes on minimum wage increases, protecting entitlements, marijuana legalization, and paid family leave. So what will the two sides come together and get Biden to sign into law? Not much. Probably cybersecurity enhancements, increased military spending, corporate welfare under the guise of economic competition with China, and sending more money to Ukraine. Maybe Republicans will support slightly less aid to Ukraine and call it a win for fiscal responsibility.