No GOP, No Cry

James Fallows scalds his media comrades, and an anecdote from 1975, advice given to me by a recently-deceased friend. 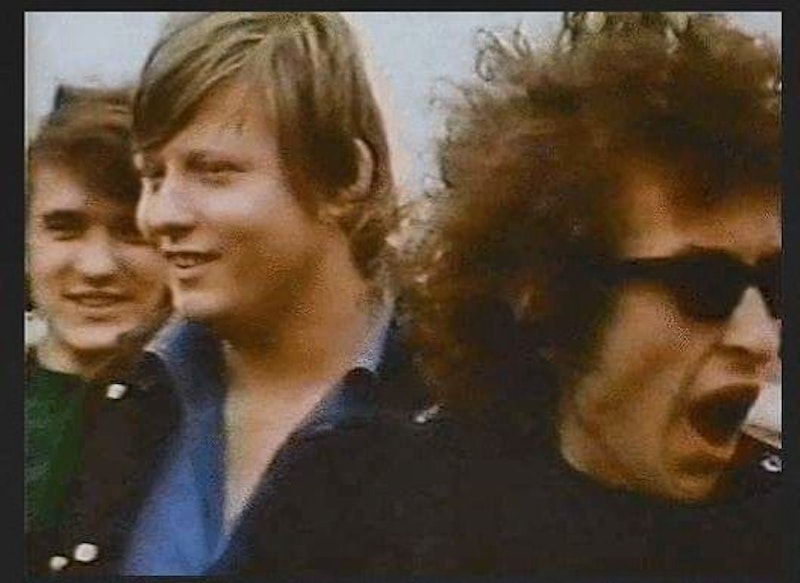 I’m not a fan of journalist/author/onetime Jimmy Carter speechwriter James Fallows, the often-sanctimonious liberal who’s most associated with The Atlantic, but has written for every Beltway/Northeast publication that “matters” in a long and successful career (he’s now 73). But Fallows’ Substack column of Nov. 9, “The Political Press Needs a Time Out,” which went far beyond the cliched “Cover the issues, not the horserace!” admonition that’s issue by political “experts” but never followed, was a welcome antidote to all the frenzied pre- and postmortems about the midterms. In essence, Fallows says that political journalists increasingly don’t have a clue of what’ll happen in national or state elections, even as they solemnly, often with fake heavy hearts, pass on their “insights.” This was an easier case to make after last week’s upside-down midterms, but Fallows applies it to recent elections as well.

He writes that weather forecasters, business analysts, climate scientists and epidemiologists are all in the “hard” prediction industry. For example, I follow the weather each morning to see if I need an umbrella. That’s not uncommon. Fallows writes: “If any of them was as off-base, as consistently, as political “experts” are, we’d look for someone else to do those jobs… If you had never read an “expert” analytic column about ‘what this means for the midterms,’ or gone to a single political-insider discussion, you’d be about as well informed as what has just happened as if you’d spent all day every day doom scrolling.

I write about politics every third week or so, certainly not as an “expert,” but as someone who’s spent most of my life fascinated with politics, and I’ll admit I don’t know nothin’ about nothin’ and that’s just the truth. At one time, when the media wasn’t so splintered and currying favor with their “bases,” I think it was easier to have an educated hunch about elections. For example, this year was the first time since 1998 that I lost money on small wagers about politics. (I’d say ’98 was an outlier, with scandal-ridden Bill Clinton somehow taking advantage of GOP overreach on impeachment, leading to a small pick-up of House seats. I was at a party that night at the Brooklyn home of the late Robert Bartley, the influential editor of The Wall Street Journal’s editorial pages, and though he was as surprised as me and other guests at the outcome, he was circumspect, saying “2000 will be a big Republican year!”) Anyway, I got wiped out in bets with my sons; even though I didn’t pay much heed to the far-too-numerous polls, I thought inflation and crime would carry the Republicans, despite some really shitty Senate candidates.

Politics has always doubled as a sport, but it’s out-of-hand today. (Already the media and pollsters are handicapping the 2024 presidential election, oblivious to how entirely pointless that is, not to mention the click-seeking outlets going on and on about Trump’s limp speech on Tuesday night.) I look at Twitter and see angry Republicans demanding recounts in Arizona and Nevada, and tune out. Maybe there was some mischief with “curing” ballots and delays tallying votes, but that’s not new for either party. I do think early-voting doesn’t help anyone, since events can occur two weeks before Election Day that cause “buyer’s remorse”; why not make Election Day a national holiday on a Saturday or Sunday, and allow early voting for a week prior? I’ve no idea if that would benefit the Democrats or Republicans, but it just makes sense.

Last Saturday I met up with a friend of 50 years, a Reagan conservative who went the NeverTrump route in 2016 (and he despises Hillary Clinton) and we bantered about the midterms, agreeing that the Trump infection is close to healing and politics could return to “normal” in the next cycle or two, when reasonable candidates like New Hampshire Republican Chris Sununu might run, opposed by Democratic Colorado Gov. Jared Polis in a presidential election where the results wouldn’t be so divisive. Then again, with online culture so prevalent, perhaps division is the preference of not only the media “experts” but also the small subset of Americans who root for the home team even during the “hot stove” season.

It’s not uncommon that young and ambitious journalists, buoyed by praise from friends and colleagues, think they’re close to knowing it all. If they’re fortunate, early on an older person will toss a bucket of water on that hubris and smile when they melt. I was 20, an editor at The News-Letter, the (then) semi-weekly student paper at Johns Hopkins, when my moment occurred. The year was 1975, and colleges (and daily newspapers) were fouled with hopeful Woodward and Bernstein successors, journalism schools bulged with applications and the transformation of a reporter from blue-collar—except venues like The New York Times—regular guy to self-proclaimed bigshot was taking place. I grew up reading The Village Voice, Rolling Stone and a variety of dailies, and had no intention of pursuing “traditional” journalism, but I was still full of beans, with no shortage of ego.

One late Thursday afternoon, as deadline approached, David Porter, a gifted photographer at The News-Letter, asked if he could read the hard copy—typed on an Olivetti—of a story I’d completed about a local Democrat who was running for office, a man we both liked. David took his time, flipped the pages back and forth, and then said, “Nice job, Russell, but you’re showing your age.” (David was 27, and after several years of living around the country, had enrolled at Hopkins to complete the degree he’d started at Yale.) The protagonist of my article was, a decade earlier, a member of the Student Nonviolent Coordinating Committee (SNCC), and I’d parenthetically referred to it as “SNICK,” because that’s the way it was pronounced. A dumb and embarrassing mistake, as David gently pointed out, and I blushed while making the correction. David, who passed away in September from Alzheimer’s at 74, put his hand on my shoulder and simply said, “It happens.” We kept it between ourselves.

In the past half-century, I’ve goofed up on this or that fact—as all writers do—but that lapse in 1975 has stuck with me, and I remember precisely to this day the anecdote recounted above. It was a humbling lesson and I have David Porter to thank for that. We worked together for three years or so, first at the News-Letter (he was in charge of the darkroom, and his eclectic photos—which, for a student paper were unconventional; two young girls smoking bowls, a nude lady on a horse, wintry scenes—were usually featured, with no headline, just the paper’s logo, on our quarter-fold Friday editions.)

Along with his wonderful wife of 44 years, Mary Ellen, he was a key cog in getting City Paper off the ground, and then went on to become a noted lawyer in Baltimore. We lost touch, but I did see him in 2017 at a 40th anniversary party of CP’s founding, hosted by my business partner Alan Hirsch at his now-gone, and lamented, Donna’s Restaurant at Cross Keys. I spoke with David for about a half hour, as he brought along a bulging portfolio of his photos, and we enjoyed reminiscing after so many years. I was a bit player in David’s life, but like so many, was fortunate that our paths crossed.