Destabilizing America May Be a Vote Loser

A bit of good news. 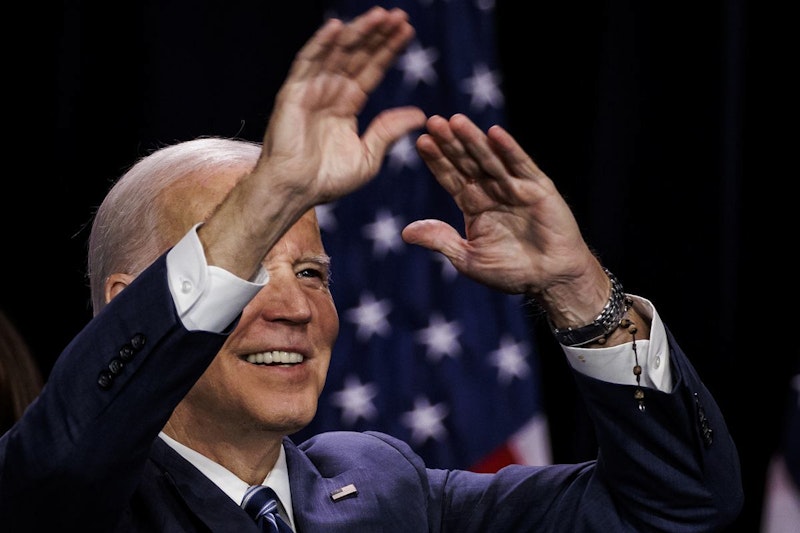 The Washington Post reports that the new House will feature at least 150 members who say Donald Trump was cheated out of the 2020 election; the number of representatives who voted against certifying the 2020 results was 139, so a horrible trend’s going in the wrong direction. Include winning candidates for the Senate and other statewide office, the paper says, and last week the Republicans elected more than 170 election deniers in all. On the other hand, the Republican candidates who lost last week have been stepping up smartly and saying that they lost. The one election that Republicans deny is 2020, and they do so because Trump does. As with hydroxychloroquine, the big dummy opened his mouth and all of a sudden a lot of people had an opinion that they didn’t want, in this case that Venezuelans (or mysterious suitcases) had rendered the American political system untenable.

The gang’s sticking with that particular charade: deniers of 2020 include Florida’s governor, one of Kentucky’s senators, and the brother of 2020-certifier Mike Pence. In too many red primaries the candidates have to mouth Trump’s stupid and dangerous lie or face greatly increased odds of wiping out. But nominees don’t talk crap about the elections they’re actually running in and that’s a tremendous relief. The fellas show sense. Tell your voters everything’s rigged and they may not vote, as happened with the two Senate runoffs held in Georgia when Trump was conducting his post-November crybaby campaign. Furthermore, it’s not so good being overheard telling voters such stories. The Post found that swing-state voters, encouraged by some big campaign spending, rejected all denialists who sought posts that would let them control the state elections system and/or the selection of presidential electors. Now the losers are taking their loss without complaint. Through much of the country, it looks like respect for the election system’s a third rail. Independents defied physics by gravitating toward the incumbent party, not away. Even some Republicans did, with ticket-splitting on the rise for the first time in years and heavily in Democrats’ favor. Ripping out the right to abortion was probably the chief cause. But fear for a threatened democracy seems to have been up there too.

The President gave his speech in September and led the charge. Whether voters joined because of his persuasion or their own newspaper reading, join they did and now America can breathe a bit more easily. Trying to destabilize American democracy is now established as something the voters don’t want to see. Donald Trump’s 2020 nonsense has landed his party with the biggest wedge issue in memory. Pretty tough to be a red candidate if you say the big man’s full of it. Pretty tough to get elected (outside a red state) if you seem willing to throw away our elections system. Whoever’s running for president next time, the Republican nominee will be a 2020 denier and he’ll just have to wear that. I’d wish the guy luck but I’m rooting for America.