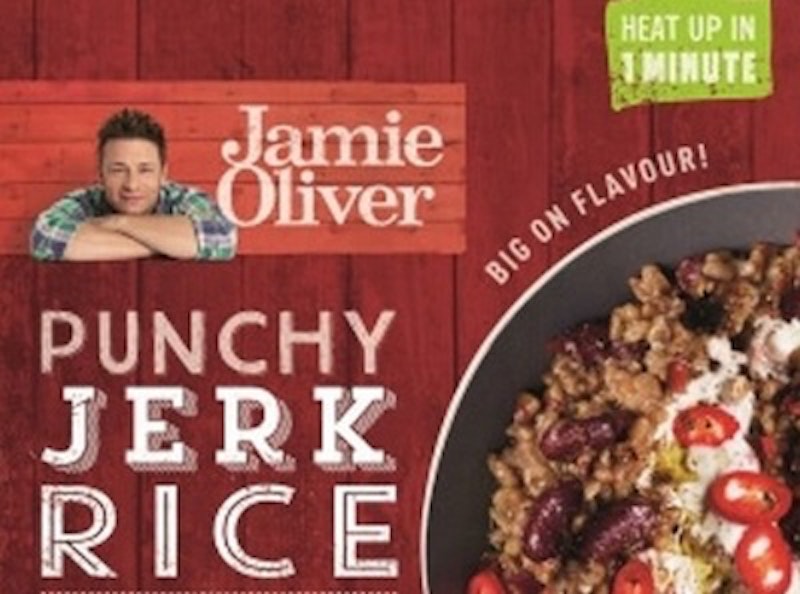 British celebrity chef Jamie Oliver has a new “Punchy Jerk Rice” dish on the supermarket shelves. Its main flavoring ingredients are garlic, ginger, and jalapenos, which is a little odd because Jamaican jerk dishes rely mainly on allspice and scotch bonnet peppers. Jerk’s normally prepared with proteins like chicken, pork, beef, and seafood. Food traditionalists are like the folkies at the 1965 Newport Folk Festival who booed Bob Dylan for going electric—they won’t brook any deviation from the standard format. And now the cultural appropriation police have come out as their enforcers.

Dawn Butler, Labour Party Member of Parliament and daughter of Jamaican immigrants, who’s also Shadow Secretary of State for Women and Equalities, felt obliged to weigh in on Twitter against Oliver’s trangression, scolding him, “Your jerk Rice (sic) is not ok. This appropriation from Jamaica needs to stop.” British MPs now decide what food is “ok”? You won’t find any spaghetti and meatballs in Italy, because it was invented in the U.S., but it never would’ve been allowed to catch on here if the cultural appropriation busybodies had been around at the turn of the 20th century.

No reasonable people care about what some politician tells them isn’t acceptable to eat. Jamaica-born chef Levi Roots, who has previously shown Oliver how to make real jerk, said that Oliver’s microwavable product is a “mistake,” but who is he to make that call? Let the the marketplace decide. Oliver’s packaged foods are for busy or lazy people who want something they can heat and eat. His Caribbean-flavored rice would pair well with some takeout jerk chicken purchased on the way home from work, which is perhaps the chef’s intent. People of Jamaican ancestry and gourmands are not the intended target market. Punchy Jerk Rice will not be flying off the shelves in Brixton. As for the chef’s “mistake,” left-wing The Guardian actually claimed that it was made “as a row over cultural appropriation widened.”

It’s only a widening “row” because media outlets like The Guardian hype it as one because they like stirring discontent by churning the cultural waters. This new pseudo-controversy follows the British police investigating former foreign secretary Boris Johnson for possible hate speech violations after he made jokes comparing burqua-wearing women to letterboxes and bank robbers. He was cleared, but the precedent was chilling.

Johnson’s declined to apologize for his mocking remarks, and Oliver’s not caving to the mob either, at least not yet. As he put it, “My intention was only to show where my inspiration came from.” This has long been a common practice among chefs, just as it’s been for artists. European and American painters—e.g. Mary Cassatt, Edgar Degas, Edouard Manet, Vincent van Gogh, James Abbott McNeill Whistler—drew heavily on the Japanese prints known as “Ukiyo e” for inspiration. Picasso and Matisse used the stylized depiction of the human form in African sculptures to forge early modernism. Even though the French artists lacked familiarity with the historical context of the sculptures that captivated them, their compositional aspect resonated with them on an instinctual level. The ensuing “cultural appropriation” allowed the art world to move beyond the naturalism that had reigned over Western art since the Renaissance and the world was richer for it.

Jamie Oliver’s not the Matisse or Manet of the culinary world. He’s just a businessman incorporating elements outside his own culture into his product. He’s not stealing anyone’s secrets or demeaning their sacred dishes. But people get overly emotional over their local cuisine. Took a look at the barbeque wars, where Texans mock the vinegary concoctions of Carolina pit bosses and liken Kansas City’s efforts to slices of gray beef doused with ketchup. Their “enemies” respond in kind, which is humorous viewed from the outside because beneath the veneer of seriousness, it’s really all in good fun. It’s simply a matter of local pride that politicians don’t get heavy about on Twitter.

Dawn Butler, if she feels compelled to use her platform to go after Oliver, would also find humor a much more effective tool. Just mock the guy for his weak effort, but do it with a laugh to show he’s not getting to you. Getting all worked up makes her look pompous and petty. One fatuous Internet wag even fretted that children might see Oliver’s abomination and think that’s what jerk really was. Oh no! Maybe the British government should intervene for the children’s sake, just like when London Mayor Sadiq Khan banned bikini ads for women’s sake, and for his daughters’ sake. Its citizens seem docile and content with letting it keep them “safe” with the nanny state. Maybe the time’s come to regulate jerk and send Jamie Oliver to mandatory diversity training along with Boris Johnson.