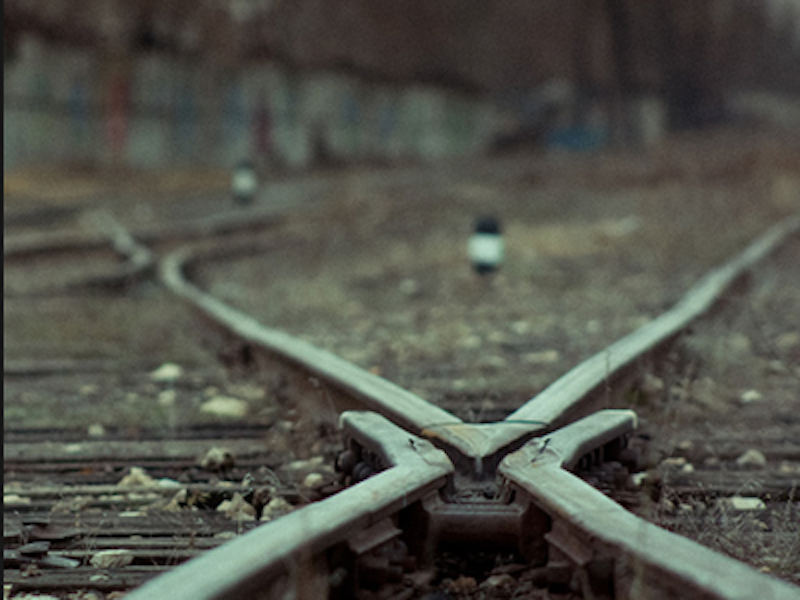 I’m sure one reason leftists think they’re so smart is that written right into philosophical concepts such as “intersectionality” is the idea that the leftist mind is paying attention to many cultural factors at once—as if no one else can do this. Once you convince yourself you’re the only one paying attention (to, say, the unique challenges of gay people who are also physically disabled or whatever it is this week), it’s a short ride to moralistic arrogance because everyone else really ought to get on your level (preferably via handicapped-access ramp).

Brown University is now telling its students how to be men, or how to stop being men. Always implied in such efforts is the haughty suggestion that the alternative to thinking like the leftists is to not think at all.

This sort of arrogance is especially appealing to people who are already inclined to suppose that unless you’re thinking about their favorite political topic right now, you’re irresponsibly dodging or dismissing that issue—when in fact you may just be planning to get around to it later, or may be humble enough to think that issue isn’t really your area of expertise. That should be allowed.

One big way the leftists inflate their egos around my fellow libertarians is by pretending that if we call for lower taxes and less government spending (for reasons explained in my book), we must think there are no other problems in the world, that nothing bad can possibly happen unless it is caused by government. Not so!

For one thing, any sufficiently intelligent libertarian will probably agree with me (or should) that even if you liberate people from government, the idiots will often just set about trying to approximate the worst aspects of government in a new, more voluntary fashion. And yes, multiple overlapping cultural factors can contribute to that tragic process.

If you free people from theocracy, they may just join a cult. Legally guarantee the rights of women, and they may enter into abusive romantic relationships. Curtail government surveillance, people will put Alexas in their homes.

On that point, consider the combination of dangerous cultural factions at work last week when The Washington Post, a newspaper cozy with the establishment and government agencies, the owner of which also owns Amazon, ran an op-ed by a Cornell professor, which praised Google, which plans to deploy a special censorship-prone search engine, which will be tailored to the preferences of the authoritarian Chinese government.

I won’t pretend to draw a shiny moral line through that morass and divide the public sector from the private. I’ll instead lament that authoritarian tendencies, or tolerance of them, crop up in numerous nooks and crannies of the culture. We should be on guard against all of them, and I contend it’s even possible I’ve thought more carefully about that complex problem than the “intersectionality” theorists who look down their noses at me and usually want more government.

But if the intersectional theorists really want to help liberate the human race and refuse to shrink government, nowadays they might start by criticizing Facebook—surely a private entity with so much power that it risks becoming as big a nuisance as a government. Consider the flagrant exercise of cultural hegemony that is Facebook’s recent ouster of many moderate-conservative and radical-leftist voices (that is, its ouster of the factions that might make life difficult for nice, mainstream Democratic Party members), followed, in an odd coincidence, by its sudden deployment of a feature allowing users to link any and every Facebook post directly to the pages of politicians. Just in time for the run-up to November elections, don’t you know!

In other words, first purge the non-centrist, non-Democrat posts, then mere days later generously offer new linking functions to what remains. Not subtle, Facebook. Not strictly speaking illegal or governmental—but still arguably authoritarian and sleazy. This is the sort of cultural power worth combating, surely.

And for those on the right, this anti-authoritarian mission offers a more libertarian, anarchic, intellectually respectable task than just defending the embarrassing Donald Trump. Ostensibly libertarian Twitter-using titan Glenn Reynolds got a bit touchy the other day, tweeting at me, “Do try to keep up” when I pointed out what I contend was him needlessly slamming an anti-Trump, anti-tariffs piece. That’s not the best use of his law-professor brain. When there are so many fronts on which to fight authoritarianism, why even appear to defend some form of it?

I’d also urge conservatives to waste no time defending the Catholic Church after the scandalous yet not wholly surprising molester-priests revelations out of Pennsylvania (and after all, remember, I’ll put an end to belief in God this Friday once and for all, in my debate against Christian apologist Keith Darrell, 8-10 p.m. at the 202 W. 49th St. Playwright Tavern in New York City, if you care to watch). Authoritarianism breeds corruption, whether in the form of socialism, Naziism, hierarchical religion, dishonest corporate bosses, or a thousand other hideous forms. Why put up with any of it any longer, human race?

I suspect that if we continue the traditional practice of submission to authority and combine it with the progressive love of technology and change, we’ll almost certainly live to see headlines like “MIT Professors Create System Automatically Administering Electrical Shocks for Forbidden Thoughts; Hailed as Potential Treatment for Children Suffering from Schizophrenia and Tourette’s.” Better to take a page from the intersectional theory buffs and admit we are beset on all sides.

You know, years ago I met former Smallville actress Allison Mack, now plea-bargaining her way out of charges of co-leading the human-trafficking and sexually-abusing NXIVM cult, and (though it may well have been an act) she struck me, I noted at the time, as seeming both a bit lost and, as many fragile people are, potentially also a bit manipulative. Other women involved in NXIVM, including illegal immigrants fearful of deportation, likely had psychological issues of their own. Consider, then, the layers upon layers of unfortunate factors, some centuries in the making, that combined to yield that unhealthy cult of domination and torture: self-esteem problems, immigration laws and the exploitation they foster, religiosity, self-help liberalism, sexual depravity, wealth, fame, superheroes, etc.

And yet the very first time I mentioned the NXIVM scandal to a hardcore libertarian, I was no more than five seconds into saying Allison Mack runs a cult that carves her initials into its sex slaves when that libertarian, apparently detecting no legal issues of interest to him, said, “Oh my God, this is so boring!” Well, I’d contend there are least one or two issues in that scandal worth mulling over for more than five seconds.

Similarly, I don’t seriously question the legal right of Satanists to have that big devil sculpture recently erected in Arkansas, given the public space afforded other faiths—and for a shallow enough libertarian, the story could end there. For legal purposes, it well may, but for cultural and psychoanalytical purposes, it doesn’t have to.

Among the lingering questions we might ask: If the taxpayers of Arkansas are (understandably) so offended by this monument to evil in their midst, why not abolish public property so the issue doesn’t arise again? Or if you won’t be satisfied until Satanism is expunged not just from the literal public square but from the culture, will you at least consider the possibility that you may also have to abolish Catholicism, so often the fertile ground for parody from which Satanism springs, to achieve your goal?

Humanity is indeed at the pitch-dark intersection of more forms of authority and abuse than you can fend off with just one stop signal. Instead of bickering about which oncoming car is largest, let’s get the hell out of here.