A reveal and a ransom note addressed to the latest Democratic presidential candidate. 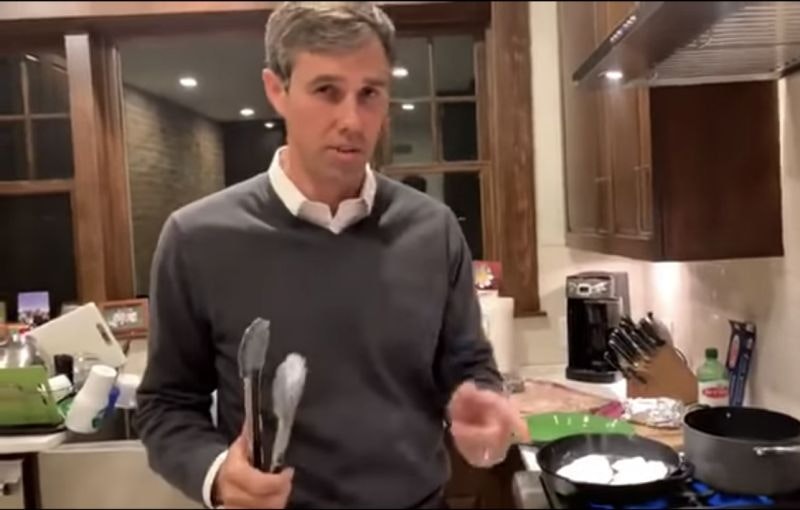 Let the record show that I can be a massive bitch when duty calls. And so it does today, the Ides of March: I’m out for blood. Figuratively speaking, of course. I’m taking shots (again, a figure of speech) at off-brand seven-grain wheat bread white boy Beto O’Rourke. He’s running for president, and I have qualms. For one thing, he promised me last year that he wouldn’t enter the race under penalty of death and/or career ruin. His reputation, I told him, would be left shredded and pulped on the side of the road like as much flank steak he most assuredly does not eat in his billionaire’s house with his billionaire wife. Oh, you didn’t know about that? Bet you didn’t know this either: O’Rourke is a bunny rabbit.

I don’t mean biologically. No, that would be too strange. A talking animal? In this economy? Please. No, O’Rourke identifies as a bunny rabbit. He “lives the lifestyle,” so to speak. Oh, you think I’m lying? You think I’m being defamatory? You think I’m seeking more cease and desist letters from sociopathic technocrats? Look at his teeth. Look at the size of those front teeth, and how his mouth struggles to contain them. They’re implants, of course. What about his strange semi-orange/burnt-leather skin tone? Once again, medical. Let’s just say he has a public persona and a “private suit.” You think he walks around his house alone with his wife? Motherfucker he hops. He munches carrots. He pulverizes Elmer Fudd dolls to burn off his bunny energy.

And yes, ladies: Beto the Bunny fucks. A lot. It’s becoming a problem for his wife and his PR team, because now that he’s officially in, he’s being told to “cool it” with the lifestyle stuff, stop going to furry conventions and buying leather wholesale, and to appear alongside his wife as much as possible, preferably holding and/or maniacally waving his hands.

I have insider info that he’s having a very hard time with it. He didn’t even want to run but got high on the spike of the national spotlight last November when he almost beat incumbent Sen. Ted Cruz in Texas. Keep in mind this motherfucker lost and he’s trying to run for president next. Bitch, give me a fucking break. I’ll produce pictures and paper evidence of O’Rourke’s “alternative lifestyle” by the end of the day unless I’m granted the following: a gun, a silencer, a coloring book, a loft in Tribeca, an Eames chair (black please), an easel, five computers, three iPads, seven books on communism, a dartboard, a new washing machine, and a lifetime supply of Tide Pods. Consider this your first and only warning, DNC. I’m coming for your candidates one by one.