Anyone should have the option to serve, regardless of sexual orientation or gender identity . 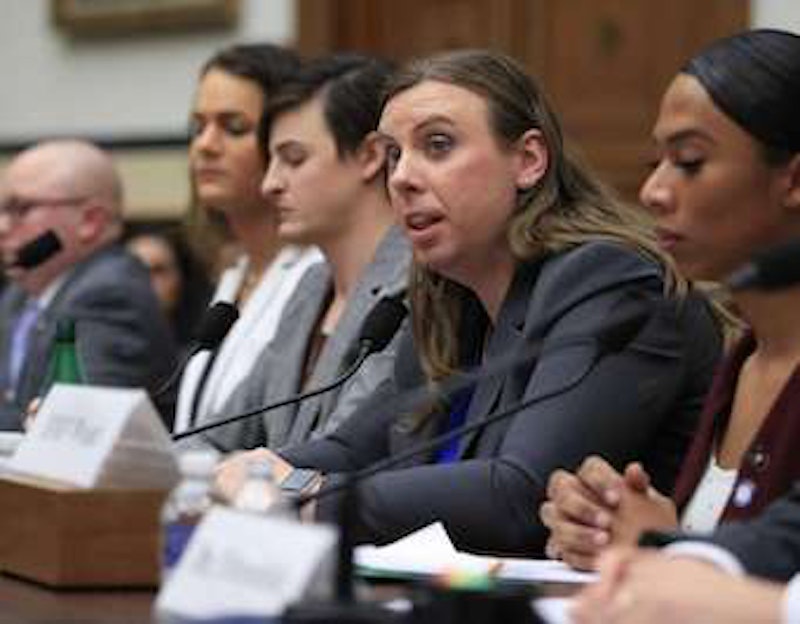 Opinions varied among members of the subcommittee. Retired Air Force Gen. James N. Stewart said the trans military ban doesn’t ban trans people from serving; just that they can’t come out and transition, or else it’ll be “special accommodations.” Rep. Anthony Brown (D-MD) replied, “I hear about special accommodations, the same thing was said about African Americans when they wanted to enter the Army, in an integrated Army in 1948.” Brown also compared the trans military ban to Don’t Ask, Don’t Tell (DADT), which barred openly queer people from serving in the military.

On the same day as the hearing, a Reuters/Ipsos opinion poll revealed that about 60 percent of Americans are in favor of trans people serving in the military. And 67 percent also believe the military should provide trans service members the means to medically transition.

Two weeks later, the US Defense Department approved new rules that would not allow trans military members to transition. According to the Associated Press: “It falls short of the all-out transgender ban that was initially ordered by President Donald Trump. But it will likely force the military to eventually discharge transgender individuals who need hormone treatments or surgery and can’t or won’t serve in their birth gender.”

Trans people who’ve already transitioned will still be able to serve, but not anyone currently seeking medical transitioning. That means, according to the Advocate, nearly 13,700 trans military members will soon be out of a job.

The two main arguments for the trans military ban are 1) medical costs and 2) trans people are somehow “mentally unfit” to serve in combat. Both arguments fail when looking at the facts. According to a report from the Defense Department, $8 million out of $50 billion of the military health budget went towards medical transitioning in 2016, which is only one percent of the total budget. As far whether trans people are mental fit to serve in combat, both the American Psychological Association and the American Psychiatric Association say the trans military ban is unscientific.

“No scientific evidence has shown that allowing transgender people to serve in the armed forces has an adverse impact on readiness or unit cohesion,” says the American Psychological Association. “What research does show is that discrimination and stigma undermine morale and readiness by creating a significant source of stress for sexual minorities that can harm their health and well-being.”

Given the evidence so far, there’s no good reason to bar trans people to openly serve in the military, and receive the proper medical attention they need. Anyone who wants to serve in the military— regardless of either sexual orientation or gender identity —and meets all the requirements for doing so  should be allowed to serve. Brown was right; the trans military ban is DADT 2.0.