Generalizations are offensive, until useful. 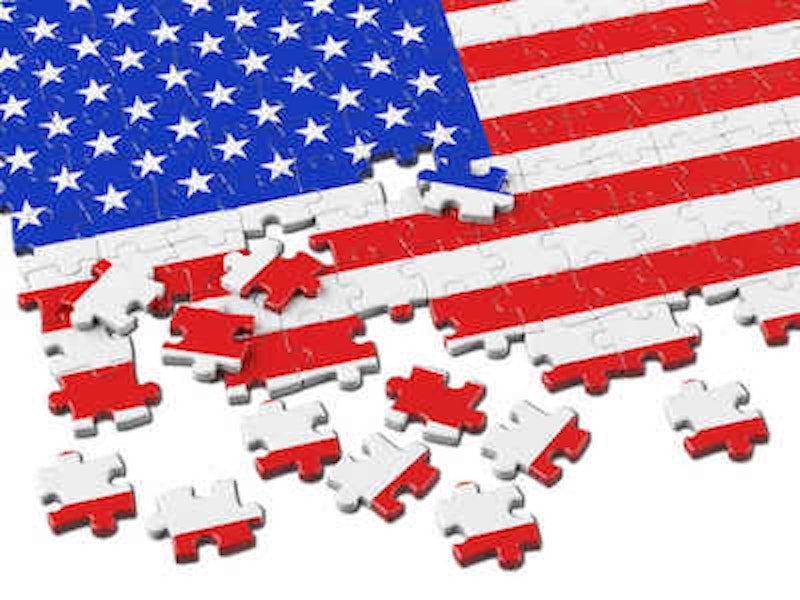 It’s important to take a step back once in awhile and remind yourself that fights over political correctness are largely fights between groups of elite white people over mere etiquette, not battles involving—or substantially affecting—actual marginalized populations. Left-liberals have dragged us all into a colossal waste of time and intellectual resources, and some of them profit handsomely from it.

Will white liberals, perhaps justifiably, flip out over old, offensive comments by Tucker Carlson? The Magic 8-Ball says of course they will. Will the comments be shocking or wrong enough to faze many non-whites? I doubt it, and that’s part of the reason the left, to its astonishment, continues having trouble rallying an army that’s as huge as the left thinks it should be.

Surveys a few years ago found that black people, on average, preferred the slogan “All Lives Matter” to the slogan “Black Lives Matter.” The left-liberal typically doesn’t care and carries on calling the user of the “All Lives Matter” slogan a racist monster, the better to foment conflict. A more recent survey found rates of reported conscious (admittedly far from all-inclusive) sympathy for white supremacism and the alt-right so low across demographic groups that, perhaps by reason of mere statistical noise, blacks and Hispanics are more sympathetic to those movements than whites are.

Those far-right sympathizers across the board were down at about three percent of the respective populations, so the numbers are likely so small as to be meaningless. Then again, it’s also the case that members of minority populations are often more comfortable with and less horrified by self-interested tribal thinking in general. They might think of Black Pride opposing White Pride, but they aren’t really shocked and offended when they find an adherent of the latter. They expect it from pretty much any tribe, often seeing it as natural rather than evil.

By contrast, I’d like to see people rise above these tribal distinctions (without pretending they don’t exist) and focus on broader, more shared, more abstract qualities such as being human, being Americans, using reason, etc. (not that any approach is without risks). That rising-above gets harder to do, though, when people across the political spectrum really, really want to dwell on those potentially conflict-sparking tribal distinctions. They don’t like Daniel Patrick Moynihan’s old recommendation that racial tensions be defused through “benign neglect.”

The oldest and easiest way to spark tribal conflict is to pretend, in defiance of all modernity’s concepts of justice, that members of an ethnic group bear collective guilt for all the wrongs ever done by other members of that same ethnic group. Could there be a clearer definition of racism? Could there be a more direct stake-through-the-heart to individualism and individual moral responsibility, the only kind of responsibility that gets any results and spurs the individual conscience?

Yet just as people love to tote up the total number of Palestinian vs. Israeli bodies over the past several decades (instead of thoughtfully examining specific actions on each side) and love to condemn all Hispanics because, say, one gang member shot a cop—as if those sorts of collective grievance-tallies can ever bring peace, conflict resolution, or justice—there are now people, even within the conservative and libertarian movements, sympathetic to wildly collectivist “social justice” schemes such as slavery reparations—ostensibly-conservative New York Times columnist David Brooks among them.

(The only time Brooks has mentioned me in print was to laud a column by an ex-girlfriend of mine about an argument with me, so I suspect Brooks had previously noticed I have called him a “cancer” upon conservatism, though he probably won’t admit it, nor will he likely admit that he is a cancer.)

It’s easy to make glib pronouncements about the (obvious) injustice of slavery (“I personally am an abolitionist,” as a member of the left-wing comedy group the Yes Men put it, parodying self-congratulatory liberals) and fairly easy to lament slavery’s lingering social and economic side effects. But how many of the people talking about slave reparations as a serious policy proposal—not just Brooks but also now Democratic presidential candidates Elizabeth Warren and Kamala Harris—can even begin to imagine the monumental and indeed likely impossible calculations that would be necessary to figure out who owes what to whom if we start trying to tally all historical, ancestral grievances and fleece, pardon me tax, living Americans accordingly?

Am I to be punished for having English ancestors who’ve been here for 400 years? But wait, what if my Irish ancestors didn’t get here until long after slavery ceased? I don’t know whether that’s the case, by the way, because as a sincere fan of Martin Luther King and Star Trek, I always thought it best not to get too deeply invested in (or proud of, nor for that matter embarrassed by) my own genetics. What if we conclude (as is quite likely the case) my ancestors are overwhelmingly English and overwhelmingly rooted in New England—but as a side effect were ardent abolitionists instead of slaveholders? Do I get cash back?

Do I dare mention the fact that (I swear) I am supposedly 1/16 Native American, if we extend the reparations concept to other groups? Will Elizabeth Warren be paying money to herself?

And if all that matters is that I look white and thus part of systems of white privilege, are we going to start doing elaborate censuses of whether people “pass” as one ethnic group or another in photo tests and psych experiments? Or are we just going to give millions of mixed-ancestry Americans genetic tests?

This way lies madness and the dissolution of America (and huge government subsidies to 23andMe), but that risk will not stop thousands of frowning left-wing professors from teaching innumerable classes about the need for reparations—and innumerable other collectivist policy schemes—without ever being able to show us their math, or even the basic moral assumptions that would make such math conceivable. They should just stop before they do more damage to our fragile shared notions of civility.