Backfires of Left and Right

Ideological gambits can have unintended consequences. 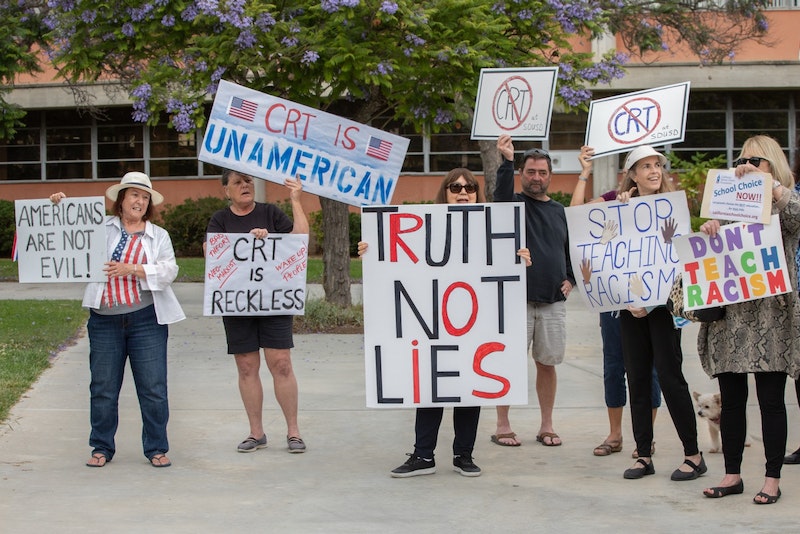 Intellectual controversies can take on a life of their own, as ideological gambits cross into unanticipated issues and sometimes backfire on their progenitors. The 1990s “science wars” are an arcane example. Postmodern humanities scholars, mainly on the left, cast doubt on science’s capacity for objectivity, a critique that in time, as Michiko Kakutani has persuasively contended, fed into Trumpism’s disdain for facts and expertise. I’ve wondered whether such unexpected “deconstruction” effects might repeat with the current left-wing push to “decolonize” various institutions and locales. I can imagine near-future rightists claiming they’re “decolonizing” small towns or suburbs in opposition to liberal cities.

The right-wing assault on “critical race theory,” with a wide range of material lumped under that label, has had considerable political salience. Driving to a rec soccer game in New Jersey recently, I noticed someone had taken the trouble to print their own sign, “Stop Critical Race Theory,” and post it on their front lawn. But the push in state legislatures to ban ideas associated with CRT could have all sorts of effects. It establishes a degree of educational micromanagement from state capitals that conservatives may regret if they cease holding majorities in those bodies. It also makes a mockery of the push to include anti-evolution arguments in biology curricula on grounds of “academic freedom.”

In another manifestation of the unexpected, libertarian exaltations of property rights likely have helped pave the way for a new environmentalist aspiration to give property rights to animals. Such efforts are part of a broader push to establish “rights of nature,” exemplified recently in efforts to protect waterways and wildlife in Florida and wild rice, or manoomin, in Minnesota; the latter plant, as I’ve written, has been named as lead plaintiff in an Ojibwe tribal court lawsuit against a pipeline project called Line 3.

Another area where strong belief in property rights might end up parlaying into novel positions is the efforts to establish the concept of “universal property.” That refers to natural or social resources that don’t readily fit traditional categories of private or public property and accordingly may fairly be converted into individual payments to the public. Alaska’s Permanent Fund to distribute the state’s oil wealth is one example, and another would be divvying up proceeds from charging for carbon emissions into the unowned sky. A financial-transaction tax may be similarly justified on the grounds that the overall infrastructure enabling such transactions was created by society broadly, rather than by specific institutions.

With inflation resurging, “hard money” may reemerge as a political priority. Traditionally, such efforts have focused on restoring a gold standard, a policy that was mostly eliminated in the 1930s with its final vestiges ending in the 1971, thanks to Richard Nixon. Recently right-wing Congressman Madison Cawthorn suggested cryptocurrency could serve as the “new gold standard,” sparking a backlash on grounds of the high volatility and huge energy use of crypto such as Bitcoin.

While one might argue that Bitcoin, having built-in limits on how much can be created, bears some resemblance to gold’s natural scarcity, any effort to stabilize a currency on the basis of an underlying asset, physical or electronic, faces a problem of credibility: What’s to stop a government (or other currency issuer) from reneging on whatever tight-money commitment it’s made? Insofar as radical monetary reform reemerges as a right-wing emphasis, this seems more likely to result in a marketing boon for dealers in precious metals or crypto, rather than any actual policy change.

However, intellectual trends that seem disconnected from practical outcomes are a feature of both left and right. The 1990s science wars receded, to some degree, after a physicist named Alan Sokal successfully submitted a nonsense paper about quantum gravity to a postmodern journal; revealing the hoax, he invited anyone who thinks gravity a social construct to jump from his high-rise window. In my work as a copyeditor, I’ve dealt with manuscripts, such as a recent one about social justice and Star Wars, where I felt a need to check authors’ credentials carefully to be sure I wasn’t in receipt of a Sokal-type hoax. People on either side of the ideological spectrum may take comfort in knowing some of what’s preoccupying the other side.