We’re bumblebees, not evil bumblebees, but unworthy of our betters in the Beltway/NYC pantheon of righteous Big Thinkers who insist American democracy is dead. 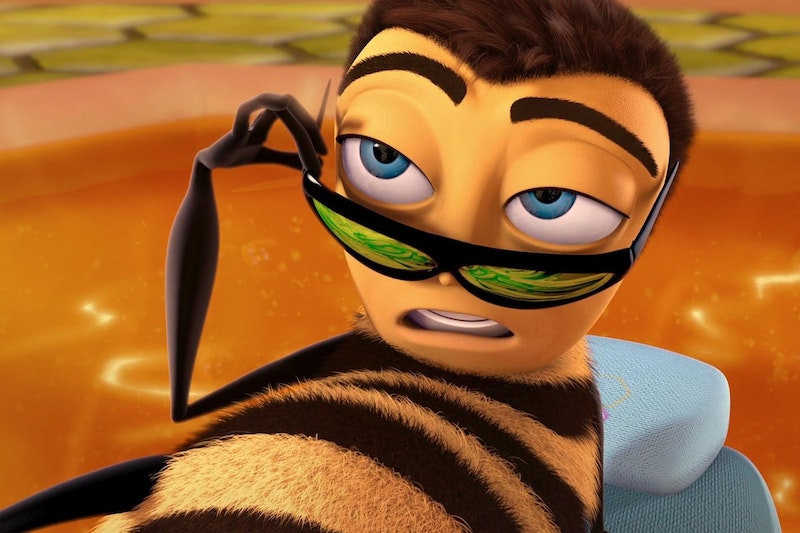 Beltway fixture Matthew Continetti, the 40-year-old journalist, author and TV talk show guest, is a smart, occasionally erudite writer, and unlike many of his compatriots in the neocon establishment, I enjoy reading the Washington Free Beacon (he founded the website in 2012) and other venues that seek his usually measured political views. Ostensibly level-headed writers, it goes without saying, are in short supply today. If The New York Times editorial management had any sense it would ditch hypocritical moral scold David Brooks—or Maureen Dowd, whose recent semi-apologia for Colin Powell (“a Shakespearean tragedy,”) a noble man led astray but not a “war criminal,” like Bush, “Rummy” and Cheney; not to mention the calcified Thomas Friedman and prematurely calcified Michelle Cottle—and hire Continetti, the son-in-law of William Kristol, the former Republican macher and “Dan Quayle’s brain,” who, since Donald Trump upended the Permanent Government, cheers for Democrats and writes tweets that, not be unkind, resemble those of President Sippy Cup.

However, Continetti’s essay last Friday, “The Two Countercultures,” reeked of insulated, and worthless, “conventional wisdom”—he’s in “the bubble”—and even worse was condescending. He opens with a de rigueur 1959 passage from British novelist C.P. Snow and is off to the chicken hunt. Continetti despairs that the “two countercultures”—one from the left (“The left counterculture… sees the United States as fundamentally corrupt and irredeemable, a zone of grotesque violence against racial and sexual minorities, a systematically racist polity desperately in need of censorship, reeducation, and massive government intervention to rectify centuries of brutality and oppression,” and the right, which “sees America as on the verge of collapse, on the brink of secession and civil war, a frightening place ruled by a bureaucratic-woke-medical-corporate ‘regime’ not unlike the former Communist states of Central and Eastern Europe.”

This wretched divide began around 2015, Continetti writes, and led to and was exacerbated by the topsy-turvy campaign and presidency of Donald Trump.

Never mind that his descriptions of the “two countercultures” are hyperbolic, or at least embraced by just a tiny segment of the population: I doubt there’s a groundswell among liberal or progressives for wholesale censorship or reeducation, for example, at least when you leave the Internet’s comfort of no accountability. Likewise, although some idiots on the right rant about secession and civil war (some on the left repeat that as well), few take that seriously. It’s entertaining, I’d guess, for the armchair “activists” on both sides, but that’s a limited, if vocal, audience.

Continetti adds, “The left counterculture proves time and again George Orwell’s dictum [an article such as this must include Orwell, the long-dead writer invoked every single day in this modern era] that there are some ideas so foolish that only intellectuals will believe them.” The left would counter that the right has even worse foolish ideas, if only that “counterculture” faction contained more than two intellectuals.

It’s not a good column, devoid of original thought, and the charitable might correctly point out that if you write enough, not every effort will be a winner. That’s what I thought until I came upon this vile passage: “Ordinary men and women are caught in the crossfire of this three-front war between the left counterculture, the right counterculture, and the rest of America. Facing the curse of inflation for the first time in decades, the American who fills up the tank or buys  groceries must experience something like despair as he watches the attempts to cancel Dave Chapelle, remove statues of Thomas Jefferson, promote quackery about the coronavirus, and pledge allegiance to a flag carried in the battle of Capitol Hill.”

(I detested Trump’s refusal to accept last November’s election results—no matter how flawed because of pandemic-marred voting—and the short but insane “insurrection” on January 6th was a low American moment, but it wasn’t Gettysburg, Pearl Harbor, the Watts and Detroit riots of the 1960s or 9/11.)

Here’s what I wonder: does Continetti (and his fellow intelligentsia on varying sides of the political spectrum) consider himself “ordinary” or does he view America from up high, sort of like when George W. Bush surveyed Katrina in 2005 from a plane? Does Continetti have no need for groceries or gas, like “ordinary” people such as myself and everyone I know? Is he a man above the rest of us mere “ordinaries” who eat, shop, pet dogs, say hello to neighbors or familiar workers at coffee shops or pharmacies, root for sports teams and watch TV without giving much thought to Dave Chapelle?

This isn’t entirely facetious: men and women of Continetti’s exalted status do eat, evacuate their bowels and perhaps fuck, but you wouldn’t know it from their prose or high-minded (“intellectual”) forays into a media that’s increasingly distrusted by “ordinary” people like me. Continetti doesn’t once mention this distrust, this collapsing media industry, this inability to separate (often willful) fact from fiction.

Continetti concludes his “razzie” with another appeal to the proles (wealthy or poor, educated or not, “ordinary” all): “Only a sober and reflective defense of the constitutional order and sustained attention to the priorities and aspirations of everyday, nonideological men and women will allow us to resist the two counterculture. Before they bring America down with them.”

At Boy Scout camp for two summers in Gloversville, NY, it was my chore to play “Reveille” and “Taps” each morning and evening, but pardon me if I refrain from reprising that role today. For I believe the histrionic cries that “democracy is about to die,” repeated many times a day from media nitwits, are not only insulting to “ordinary” people but fantastical as well. Sen. Joe Manchin giving his fellow Democrats fits on Biden’s spending bills is politics; Nancy Pelosi calling for billionaires to pay far more taxes is political; Sen. John Thune endorsing Herschel Walker for the GOP nomination in Georgia is political. Trump’s occasional rallies, or Obama campaigning with Terry McAuliffe in Virginia is political. The Washington Post’s pandering motto, “Democracy Dies in Darkness” is political.

I’ve yet to see U.S citizens imprisoned en masse for expressing an opinion; I’ve yet to see a tank rolling down my street; I’ve yet to hear of hundreds of midnight door-crashing of suspected traitors taking place across the country. And I suspect—but don’t know, since I’m not a clairvoyant who works in Washington, D.C.—that’s a view shared by other “ordinary” Americans.