The failure of those in power to protect and serve its citizens is indisputable. 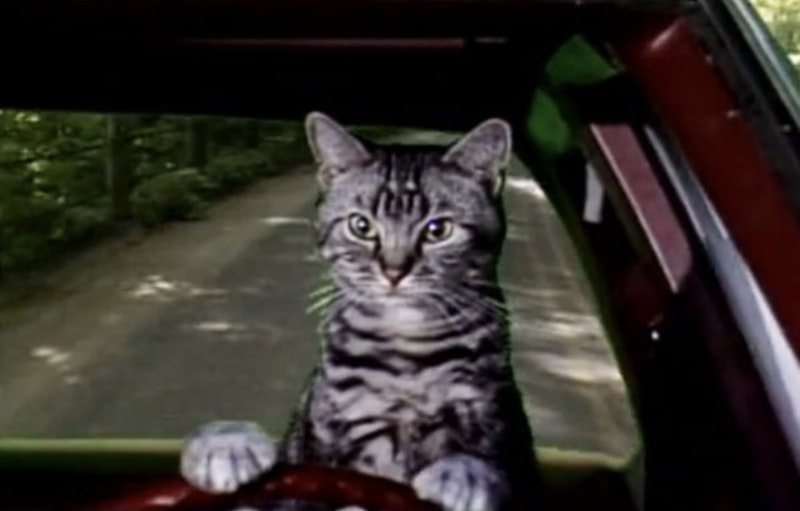 There was an SNL sketch in the late-1980s and early-90s about a cat named Toonces who could drive a car. Steve Martin was guest host when it first aired. The premise was simple: Martin runs inside the house to tell his wife (played by Victoria Jackson) that Toonces can drive. Without stopping to think about the logic of that for one second, they hop in the back of the car and go for a drive. Off a cliff.

At the end, when Jackson says, “I thought you said he could drive,” Martin gets defensive. “I thought he could. I saw him up there fooling around with the steering wheel and I guess I just assumed he could drive.” After watching Toonces take off again and seeing the car and cat reach the same fate a second time, they both smile, having concluded that Toonces can drive. “Just not very well.”

As long as you’re at a safe distance and not directly affected that response is reassuring. But that’s the problem. Whether we admit it or not, all of us are sitting white-knuckled in the backseat of a speeding car called America with President Toonces behind the wheel.

Columns are published daily in an attempt to gaslight the public that it’s great stores are running low on supplies. That an unchecked border (during a pandemic, no less) is fine. And even though it sounds horrendous, it’s not a big issue that tens of thousands of employees may find themselves without a job due to vaccine mandates. Corporate media is desperate to make you believe this is all just a tiny speed bump on the road to prosperity. What they lack in self-awareness, and job proficiency they make up for in decreasing credibility.

Those with a morbid fascination will enjoy seeing the growing number of people suffering from taxpayer-funded buyer’s remorse. Whether it’s attributed to Toonces’ alleged cognitive decline or another dreadful symptom, ineptitude, is debatable. It might be a combination of the two, to say nothing of those in his cabinet who are equally bad at their jobs.

Not all of the current difficulties are the result of the current administration. But that’s not much of a reassurance, given the fact there’s silence or callous hostility toward voters who see problems across society. This response or lack thereof might come across as elitist aloofness. If it doesn’t affect me in the beltway it doesn’t matter. Contemptuousness aside, the failure of those in power to protect and serve its citizens is indisputable.

Just last week it was found in Vanity Fair that despite St. Fauci’s claims to Congress, the NIH was funding virus research in Wuhan, technically indirectly through the EcoHealth Alliance. It was also revealed that for the past few years, the NIAID was also using tax dollars to fund Mengele-like experiments on beagles. Oddly enough, PETA has been silent. And so has Toonces and his press secretary.

How many of us would rather have seen Warren or Yang, or Tulsi or Inslee or Marianne the Crystal Healer or any of the other 600 candidates in the driver’s seat instead of a long-term middling bureaucrat whose only claim to fame are his gaffes? They were so well-known he was the part of a Robin Williams stand-up bit in 2009. Back then, it was okay to laugh at doddering Biden. How many people are still laughing?

Here’s a year in review so far: Citizens were left stranded in Afghanistan, tensions with China over Taiwan have escalated, and there’s a steep price increase in everything from bacon to toilet paper to gas. It’s frightening that this is only year one. And it’s hard to imagine there are many people who believe the next three years will get better. With President Toonces the driving cat behind the wheel, the odds are not in America’s favor.