Maryland secede! It could happen! But why? 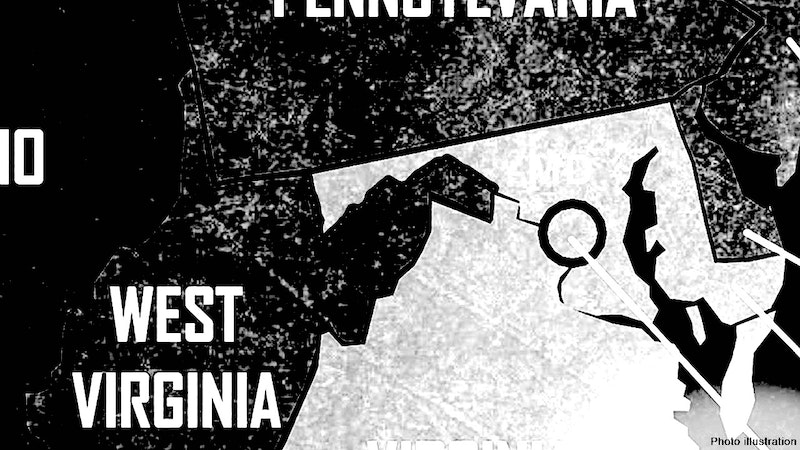 One of our greatest privileges as Americans is the ability to act up. Nothing criminal, but the First Amendment covers a lot, get outlandish. Run for City Council in Amarillo, TX at 24 like Hayden Pedigo, score the song of the summer and become your generation’s most intelligent and beguiling pop icon like Lil Nas X, start a fake business and get away with it—I mean succeed on honest terms, or get a bunch of people together from your state and threaten to secede. God knows—and we know—that Texas has a habit of this. Texas seceding is merely a subcategory of a thicker strain of negative, largely stereotypical coverage of the state, second only to the media’s treatment of Florida. Regardless, it’s a familiar story. Texas is a big state, it’s on the Southern border, it makes sense. At least it makes more sense than Maryland.

Ours isn’t a big state physically, but it’s got just about every type of geography and weather in the United States—not everything, but this place is dense. Here, there are borders, too: “Lawmakers from the counties—Garrett, Allegany and Washington—say their rural, conservative constituents have long been fed up with their overwhelmingly liberal and Democratic fellow Marylanders. They say they have more in common with the folks on the other side of the country road in neighboring West Virginia.”

You have to drive through the panhandle in Maryland to understand how big this state is, and that they have a point: “‘We’re kind of ignored up here, and that’s why people are thinking West Virginia might be an option if they keep ignoring us,’ said Michael Swauger, the owner of a barber shop in Grantsville, Md., a small town in Garrett County. ‘We see very little from the state of Maryland,’ Mr. Swauger, 65, said. ‘We seem to be the last county to get anything to benefit us, moneywise or roads or anything to help us.’” But of course, what does West Virginia have up on us? “I would have to see what West Virginia would offer… They’re not better off financially than us here.”

And another familiar story: “We wouldn’t be doing this if we didn’t feel there is a strong sense of unrest and unhappiness among people in our rural area of the state.” Reasons for secession proposed are irrelevant next to that statement. It’s not a mystery why so many people are unhappy in this country, and it’s not because of mask mandates or race in the classroom. Again, the larger battle between world’s masters and the free people they already see as serfs or not useful enough to pay attention to. Hollywood’s MAGA tourism has produced as much garbage as the 1980s produced racist movies and television shows that demonized Black people and made inner cities look like portals to Hell.

You’d think the same of Pennsylvania right now, judging by at least one “prestige TV show,” Mare of Easttown, a routine murder mystery with a particularly strong performance by Kate Winslet. Writer and creator Brad Ingelsby was born and raised in Berwyn, PA, and the show isn’t patronizing towards its subjects, but it’s despairing, it’s never triumphant, and even if individuals are saved, these characters are never getting out of this place, and this place is never getting any better.

West Virginia Gov. Jim Justice wants our panhandle! “In a speech on Friday, Governor Justice said he would advance a resolution to support the counties’ secession plan at the next special session. Mr. Justice said it was obvious why the counties would want to join his state, pointing to its staunch support for the coal and natural gas industry, gun rights, opposition to abortion rights and abundant natural beauty. ‘We’re absolutely standing here with open arms,’ the governor said. ‘We’d welcome, absolutely, these counties and be tickled to death to have them.’”

Maryland House Majority Leader Eric G. Luedtke managed to discredit himself with one cliché: “‘This isn’t a thing… There is no process for this. So the legislators are just making this up.” Unfortunately, it is “a thing.” It’s not going to happen, but to so glibly dismiss the symptom of something larger… well, again, a familiar story.

I don’t buy any talk of civil war, there isn’t a single contingent of Americans large enough to properly stage an insurrection. But millions of people—hundreds of thousands?—are not going to wither in the woods or die of the novel coronavirus (whichever version is freshest). Beyond an electoral “fuck you” like Donald Trump in 2016, what is there? Domestic terrorism? The FBI took care of that on January 6, and now we have movies and miniseries about “hillbilly hellraisers” to look forward to. A person can’t blow up a building or a crowd of people and accomplish anything: the state’s only strengthened by terrorism and wanton violence. The only winning move, once again, is not to play. Refusal is the only method of resistance that has worked for millennia. It’s not easy, but protesting your state isn’t a picnic. Secession would only bring these Americans elsewhere into our country, West Virginia, which by their own admission, doesn’t have much else to offer.

What comes after this “empty gesture” to leave? What can be refused?