A Democracy, If It Behaves Itself 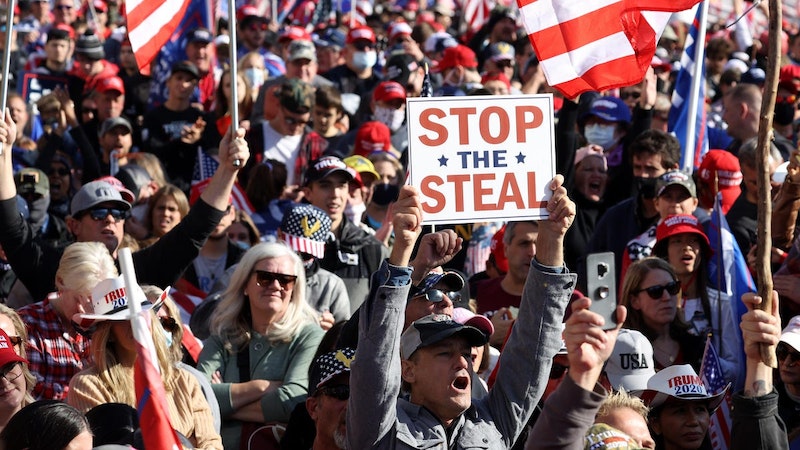 Until the Snowden revelations in 2013 about the extent of government spying on the U.S. population, some assumed that virtually the entire populace instinctively rebelled at surveillance and censorship—and that it wouldn’t become a pervasive problem. A mere six years earlier, I believed one had to do something like go to the cinema and watch the dramatic film The Lives of Others (perhaps the last film ever recommended by William F. Buckley), about life under the watchful eye of Cold War-era East German police, to get an idea what it feels like to be watched or censored—and even then there was the implicit hope of escape to West Germany, if you could get past the Wall.

All wacky ideas are potential targets, which is keeping the censors busy—and often keeping them tied up in self-contradictory knots. They usually claim they want democracy to function unfettered, but I find it hard to believe that authorities who fret about the purportedly dangerous spread of radical-right QAnon conspiracy theories are going to sit back and let democracy run its course if the man rumored to be (roughly speaking) theorist Q himself, Ron Watkins, makes good on his plans to run for Congress from Arizona.

If the social media sites—not to mention The New York Times and even purported libertarian Julian Sanchez—are alarmed by the supposed spread of QAnon-related messages by mere more-of-what-you-crave algorithms, should we expect them to keep their thumbs off the scale of political discourse when Q makes his case for sitting in the House of Representatives, the very chamber the media elites think he inspired insurgents to attack on January 6 this year? Don’t hold your breath.

As is often noted, private companies can of course do whatever they like, but if the socials claim that what they like is un-poisoned, healthy political discourse and QAnon is thus banished or in subtle and unknowable ways downgraded (I can’t seem to find much QAnon content even if I go looking for it out of perverse curiosity, just endless articles about what a threat the movement supposedly is, so I’m surprised Facebook and the Times think it’s everywhere), what in turn becomes of other voices who claim, say, that the 2020 election was compromised? Even if the claim proves false, should it be silenced rather than debunked?

Once you go from saying January 6 was not just a rowdy protest but an attack on democracy to saying that political figures such as Trump who encouraged the protest must therefore be banned as threats to democracy to saying that movements like QAnon calling for more Trump are threats to democratic discourse and indeed are literally violence, and then to saying that any claims resembling QAnon claims about the integrity of the 2020 elections (or elections from other years, since charges of vote tampering are hardly knew) are “misinformation” that must be suppressed, what happens to, say, Mollie Hemingway’s new book Rigged: How the Media, Big Tech, and Democrats Seized Our Elections?

You may not agree with it all, but it’s not just a bunch of short, anonymous memes posted on 8Chan, so I’d recommend not trying to censor it (or even censoring articles making more radical procedural arguments in defense of stopping the vote-counting on January 6, nor for that matter censoring 8Chan). I’d further recommend not flagging reviews of the book as “misinformation”—and not banning Ron Watkins’ campaign ads, especially if you claim protecting democracy is your motivation. The same people likely to clamor for silencing Watkins were probably aghast that Alyssa Milano just got arrested in front of the White House protesting against Biden’s foot-dragging on measures Milano hopes will protect voting rights.

And while the left wrings its hands over the Watkins et al threats to democracy supposedly massing at the gates, inside that same White House sits Biden spokeswoman Jen Psaki, formerly of public relations firm Bryson Gillette, which by an amazing coincidence is representing the “whistleblower” from Facebook who says that Facebook isn’t doing enough to suppress right-wing hate speech misinformation and so government must intervene, just the message the White House and regulators want to hear. No insider threat to speech there, I guess! Just the prospect of sensible regulation, treating the First Amendment as flexible and in need of some reining in, just like the Second Amendment.

The more the establishment tries to tamp down rebellion and micromanage society, the more it gets what it deserves, as the sanest among us increasingly root for the most bonkers.