We’re living in an unpredictable universe. 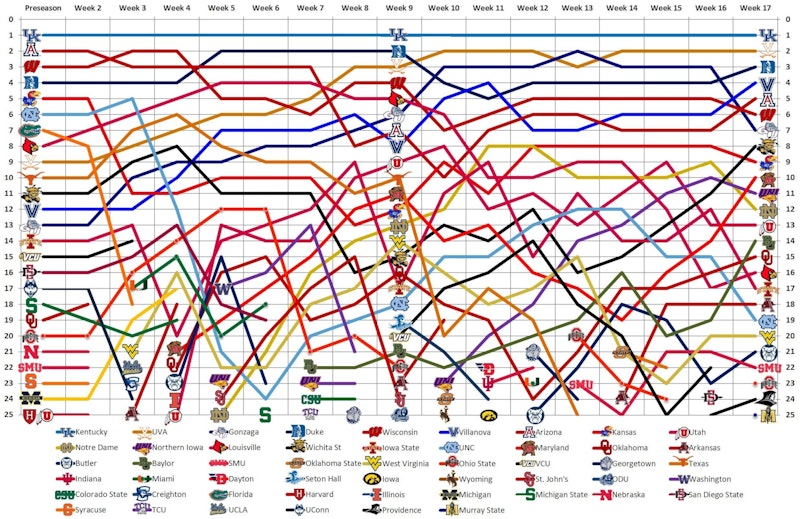 Advised by Splice Today’s proprietor Russ Smith, I read Chances Are…, an excellent novel by Richard Russo, and finished it just as the Democrats were announcing their impeachment articles. Unlike the last novel I’d read, Ada Hoffmann’s The Outside, Russo’s book has no Lovecraftian extra-dimensional beings, yet maintains a similar sense of horror building beyond the scenes.

As I’m primarily a non-fiction reader, I took to Google after putting down Chances Are… to research a real-life event on which the three male primary characters’ fates hinged: the national draft lottery on Dec. 1, 1969, when a random draw of birthdays determined one’s likelihood of being sent to Vietnam. In the novel, one of the three friends gets a low number (nine out of 366), ensuring he’ll be drafted (unless he flees to Canada, perhaps with the young woman with whom all three are in love). The others get 189 and 322, respectively. I was too young to participate, but plugging in my own birthday online, I found I’d have gotten a six.

Do we shape our fates? Is character destiny? Do humans have free will? Such questions are threaded through the novel’s compelling and somber story, as the three sixtysomething men reunite on Martha’s Vineyard in 2015 amid the lingering mystery of whatever happened to the woman, who’d vanished all those years ago and whose young life was marked by multiple dark secrets. When I was in high school in the early-1980s, I became obsessed with the philosophical conundrum of free will and determinism. One snowy afternoon, I was having pizza with a friend who told me if you knew what every particle in the universe was doing, you could predict the entire future. It would turn out this theory was an old one, dating at least to Pierre-Simon LaPlace, but at the moment it struck me as a new and terrible revelation. I walked home in heavy snow, contemplating the pre-determined trajectory of each flake, and I despaired.

Anxiety about the universe’s workings had some benefits for me. It prompted me to read a lot about physics, neuroscience and philosophy. Physics had bored me as a high-school class, but now I saw it held cosmic secrets that I hoped were not entirely grim. I read about quantum mechanics and its implications of inherent randomness in the physical world. I consoled myself that we may have what philosophers call the “liberty of indifference”—our fates not being pre-determined—and that perhaps indeterminism was woven into our decisions and consciousness in ways not yet understood.

The other day, I saw and briefly participated in a Twitter kerfuffle about a paper by physicist Chanda Prescod-Weinstein criticizing what she calls “white empiricism.” In decades past, before I migrated from right to center, I would’ve been far more averse to what she had to say than I am now. For one thing, even if such a left-wing critique of how science is done is wrong or overstated, it’s far less harmful than the right-wing hostility to science that’s currently shaping policy. In the 1990s, I saw myself as a defender of science against postmodernism. Now, I’m mindful of Michiko Kakutani’s point that deconstruction ended up feeding into Trumpism, and I wonder how leftist aspirations for “decolonization” might end up playing into the right’s hands.

What are the chances that in 2019 I’d be cheering for the impeachment of a Republican president? If you’d asked me a few decades ago, I’d have said they were slim. But it seems we’re living in an unpredictable universe, in politics and much else.