How Donald Rumsfeld's office made an April Fool out of me. 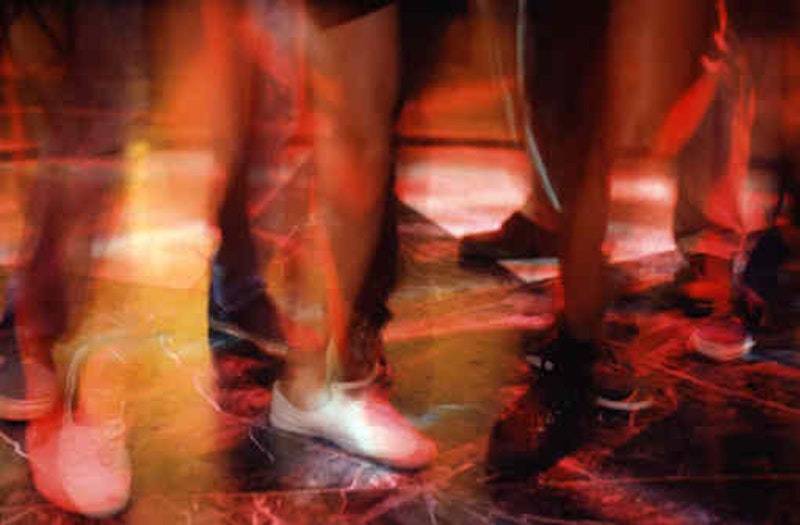 April 1 of last year found me working in Donald Rumsfeld's DC office during the rollout of his memoir, Known and Unknown. It was a Friday, which meant the boss wouldn't be in. Yet, from experience, I knew that didn't mean he would be entirely absent. Keith, his then chief-of-staff, asked me from the other side of the cubicle wall to retrieve something from the printer, which was closer to my desk. I headed for the copy room, thinking nothing of it. On the way back, I turned the paper right side up and something caught my eye: my name. It was one of Rumsfeld's famous interoffice "snowflake" memos, addressed to Keith with "Nicholas Hahn" as the subject line. It read: "I have received a link to a video of Nicholas Hahn dancing. I find it strange. Please see me."

Perhaps I should explain why at this point my heart started beating out of my chest. It has to do with Michael Jackson. You see, I got the moves like Jackson: the kicks, the spins, even the occasional crotch grab. I don't remember exactly how my colleagues in the Rumsfeld office came to know this, but I blame YouTube. Over the years, friends have lovingly mocked me by recording me dancing like Jackson and posting them there. Colleagues saw these videos, encouraged me to show them how it's done (when the boss was not around), and razzed me for it.

Back in the copy room, I thought my career must be over. The former Secretary of Defense knows about my Michael Jackson imitation and he finds it strange! I was frozen in place with my jaw open, my mind racing as to what I could say to the boss when I saw him next—if I saw him again. Even if I denied it, he'd see right through it. Then it hit me. Who had sent him the video? I stormed out into the hallway and started blaming everyone in sight. "What are you talking about, Nick," they asked. "Wait, DR has seen the videos!"

I had thought for sure this was a prank, but that certainty vanished when Keith didn't so much as smirk. That changed my mind, and unnerved me. My hands were shaking as I paced toward the door to gather myself in the bathroom. My mother was about to get that call informing her that her son would be back on the job market slightly sooner than expected. When I touched the door handle, I heard a snicker: "Nick, wait!" It was Keith. "April Fools'!" To my knowledge, Donald Rumsfeld doesn't know what happened that day. He was a great boss, but I'm still trying to wrap my head around what he'd think upon learning someone had moonwalked in his office.