The email scandal reminds me why I'm ambivalent. 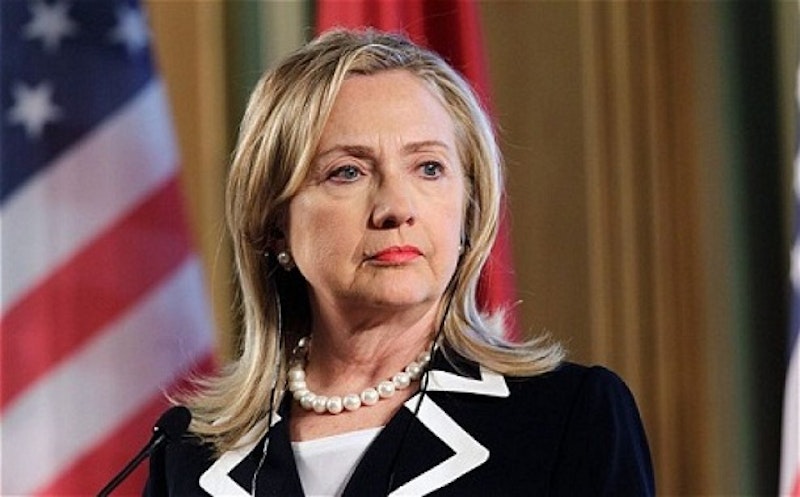 Hillary Clinton, Jonathan Chait reminds us, is paranoid, insular, and ran a fairly crappy and, moreover, losing campaign in 2008.

The recent Clinton email scandals are, pretty much everyone agrees, a non-issue as far as the public is concerned. Democratic voters aren't going to turn on Clinton in 2016 because the press revealed in 2015 that she violated arcane administration rules. I'm not sure what short of a sex scandal could torpedo Clinton's nomination at this point. Maybe massive financial improprieties of some sort? But in any case, you can tell that this email scandal isn't it because Elizabeth Warren isn't on television loudly reconsidering her decision not to run.

Chait is worried that Clinton's weaknesses—in particular her fear of the press, her reliance on insular and paranoid advisors, and her general crappy judgment—will damage her run for the presidency in 2016. At least at this stage, that seems overblown. Clinton's run a very competent campaign up to this point; she's wrapped up Democratic support, has plenty of money, and seems in a very strong position for the general election. Stumbles and bumps don't matter a lot in national campaigns anyway. If Obama's approval ratings continue to rise and the economy flourishes, Clinton has a very good chance of beating Scott Walker or Jeb Bush or whoever the Republicans select. And that's the case whether or not she runs a great campaign or a middling, paranoid, insular one.

The more chilling question, at least to me, is what happens if she gets elected? The email scandal doesn't necessarily demonstrate administrative incompetence. But it certainly suggests a worrisome distaste for transparency and the chain of command. There's a gratuitous disregard of rules there that's unsettling, and that's only made worse by the revelation that her aides apparently found out that she wasn't following administration email policy, and didn't do anything about it. Does Clinton routinely surround herself with people who are afraid to tell her when she's making an error?

Not that groupthink would be unprecedented in the White House. Clinton's apparent weaknesses are scary in part because they're familiar. They evoke Bush/Cheney's casual disregard of the Geneva Conventions, or Nixon's lawlessness, or, for that matter, Bill Clinton's incompetent transition and stupid, pointless, unnecessary scandals. Arrogant bumbling presidents who fear scrutiny and surround themselves with yay-sayers—we've seen that before.

I don't know for sure that Clinton would be a bad president—whereas I feel fairly certain that Scott Walker would be awful. But contemplating her, and Bush II, and Clinton I, and Nixon is a reminder that, in this respect at least, Barack Obama is surprisingly good at his job. Six years in, and despite the rather desperate hooting and hollering of the right-wing media, there hasn't been a single serious scandal of any note during his presidency. The administration has perpetrated its share of blunders, like the healthcare website rollout. But such missteps have for the most part been acknowledged, apologized for, and dealt with in a forthright and competent manner.

There's been paranoia around national security policy—Obama's treatment of whistleblowers in general, and of Chelsea Manning in particular, has been despicable. But, unlike many of his predecessors, Obama hasn't treated the office of the president as a fortress to be defended from the news cycle. There’s reason to think that Clinton will. I'll be voting for her anyway, I suspect, but without much joy.