When the Constitution Has Its Needle in the Red

Matthew Yglesias says the U.S. political system is in trouble. 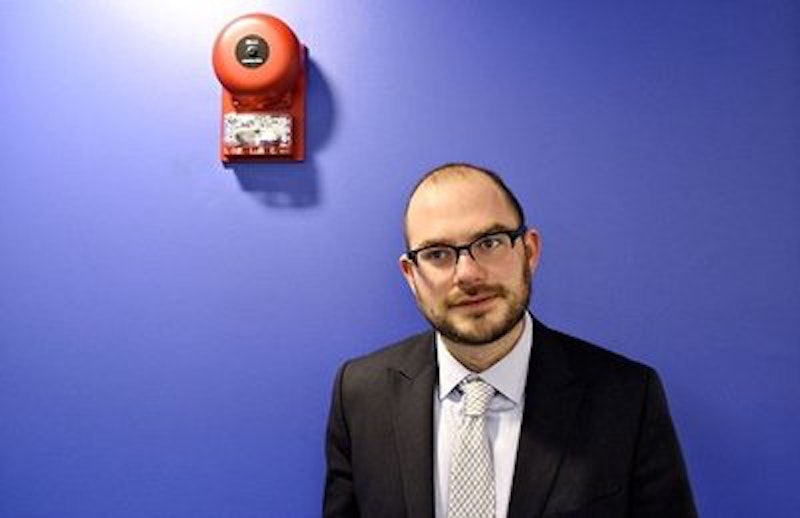 This is the age of government by shutdown and legislation by executive order, and the whole mess will end in tears. Our charter has a design flaw and cannot take certain conditions. Those conditions are now here and there's no sign of them going away. The U.S. Constitution is about to blow a gasket, maybe blow out its whole side.

Matthew Yglesias makes the above case in his Vox article “American Democracy Is Doomed.” He sizes up the past quarter century, an age of  “paralysis and crisis,” of “government shutdowns, impeachment, debt ceiling crises, and constitutional hardball.” He winds up: “The breakdown may not be next year or even in the next five years, but over the next 20 or 30 years, will we really be able to resolve every one of these high-stakes showdowns without making any major mistakes? Do you really trust Congress that much?”

The design flaw he alleges is this: separation of powers. The president and Congress have roughly equal powers and are both elected by the people. Either can decide that it leads the government, and there's no way to make the people pick between them. If the president and Congress belong to different parties, they can keep scuffling forever, and government becomes whatever anybody manages to do, by any legal stratagem, during the course of the scuffling.

Yglesias says the back-and-forth is tamer when the parties are a bit scrambled in their membership and/or a bit loose in their organization. That's how it was 50 or 60 years ago. The Democrats included many Southern conservatives; the Republicans had their share of country club liberals. But now different conditions prevail, dangerous ones for the political system. The loyalists have sorted themselves out, and we have two camps of people who agree with each other on very little. Plus, these politicians don't just deal with interest groups, they answer to them, and the groups want specific policy changes, not something as easily split as patronage. (How did this last change happen? Yglesias is vague. He points to the historian Sam Rosenfeld and speaks of “under-the-hood changes in the process for selecting presidential nominees and congressional leaders.”)

The scuffling is now performed by a pair of toned, bloody-minded combatants carrying on like Curly and Moe. Nose to nose, they keep slapping each other and delivering noogies; they'll do it until blood comes out, or an eye, and maybe they'll keep on going after that. In the meantime, Yglesias argues, nothing much gets done except by old laws or old powers getting twisted into new uses. Normal channels are now an ugly comedy routine, so people improvise—either to gain an edge in the combat (as with the shutdowns), or to fulfill a commitment to party supporters (Barack Obama's order barring deportation for DREAMers), or just to make sure some expected duty is fulfilled.

As an example of the last, Yglesias points to footwork by the Education Department regarding No Child Left Behind. Congress was expected to adjust the law's requirements for schools, but Congress is paralyzed. “In case Congress didn't act in time, the Secretary of Education also had the authority to issue waivers of the penalties,” Yglesias writes. The department saw a way to step in and do Congress's job—issue waivers, “but only to states that implement policy changes ordered by the Department of Education.” The department, and not Congress, is adjusting the requirements.

As schemes go, this is like the department hot-wiring the family car so it can drive the kids. But that's what you have to do when your wife throws the keys in the river. Of course, you might pause a moment and notice the odd way you're living. In “Doomed,” Yglesias takes stock. He shakes his head. “If we seem to be unsustainably lurching from crisis to crisis, it's because we are unsustainably lurching from crisis to crisis,” he says.

The answer would be a system where cars and keys are in the same hands. The bunch executing the laws would be the same bunch that passed them. A parliamentary system. But we won't start one until we have to, and even then who knows. Before global warming descends on us, Yglesias says, “there is going to be a collapse of the legal and political order and its replacement by something else.” He sighs. “If we're lucky, it won't be violent.”