The Left Should Spend Less Time on Strategy, More on Truth 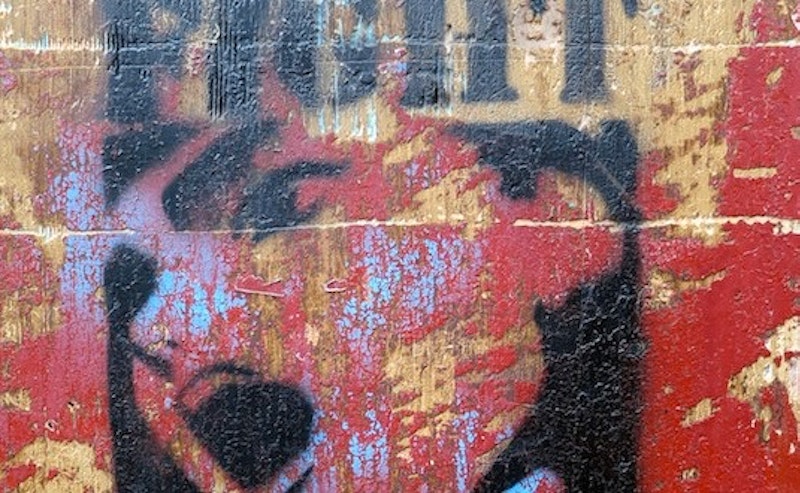 Privilege is a hard truth to sell. In general, people don't feel like they're privileged. If you’re a successful businessperson, you tend to attribute success to hard work and intelligence, not to the trust fund that got you started. If you're unemployed and struggling, on the other hand, you don't feel privileged at all, even if as a white person you may have substantially less chance of being shot by a cop than a black person in your situation. People see the hardships they've overcome, not the advantages they've had. Meritocracy is hardwired in the American hindbrain—which is why discussion of privilege in this country is so important. If you can't see injustice, it's hard to overcome it.

But many writers on the left have begun to argue that the resistance to privilege can't be overcome, or isn't worth overcoming. Isaac Butler summarizes the arguments in a thoughtful post at the Perception Institute. Privilege arguments, he says, put people on the defensive. "Strategically, if what you’re trying to do is convince someone that you are correct, arguing about someone else’s life story to them is not a conversation that’s going to lead anywhere," Butler explains. "You’re certainly not likely to win an argument about someone else’s life story. It’s their life, after all."

What's interesting in this argument is that, as Butler says, it’s about strategy, not the truth. Butler isn't questioning the underpinnings of privilege discussions. Telling people to check their privilege is a problem because it will make them angry, not because they have no privilege to check. Butler even concludes his piece by suggesting that, "Among like-minded people who already buy into it as a framework for understanding people, [privilege] can be an accurate way to describe group dynamics and individual behavior." So privilege is a real thing; it describes dynamics that exist. It explains how oppression works, and how that oppression is tied to individual lives. But that reality must be put to one side if you want to build coalitions or convince others. Meritocracy is too ingrained, and we're all too wedded to our own vision of our own virtue. Privilege is truth, but you (and you, and you over there) can't handle the truth.

Obviously, strategy is important. The left wants to sway people, build coalitions, and (ideally) create a more just society. But at the same time, truths about racial and gender injustice have never gone down easily. The Southern response to civil rights protest was called "massive resistance" after all. More recently, Anita Sarkeesian posted a mild, boring video criticizing sexist tropes in video games, and in return was greeted with death threats and months and months of (still ongoing) abuse, vilification and rage. Butler suggests (quoting Rachel D. Godsil) that the left should back away from privilege, and instead encourage people to think about unconscious behaviors, like the way a white woman might clutch her purse when she sees a black man. But aren't such arguments or discussions also controversial? When critics argue that white cops unconsciously respond to black people with disproportionate fear and violence that provokes an institutional and individual backlash. People resist the mere mention of race and gender; if you say "racism" in a public setting, there will inevitably be a deluge of people insisting that anti-racism is the true racism.

Privilege gives you a framework for thinking about why that might be; whites gain material advantages from a world in which blacks are targeted, policed and plundered. Arguments against discussing privilege weaken the analysis of racism and sexism in the interest of convincing a broad group of people, even though they often show little interest in being convinced. If privilege theory is true, then it's valuable, because you need to see the world as it is before you can change it. If the strategic goal is to reduce discomfort rather than seek truth, then the best strategy is not to try to change anything at all.

The focus on strategy is misguided for another reason. Mainly, it prevents a discussion of whether privilege theory is true—or whether, in certain respects, it may not be. There are hints of this in Butler's essay, where he touches on class, and the ways in which lower-class people may not feel privileged.

Supposedly, you should be able to talk about class privilege just as you talk about white skin or male privilege. In practice, though? Class is a much more amorphous category than race and gender, at least in the U.S. context. Gender and racial identities are more visible and (again in the U.S.) more coordinated. People's class status can change over the course of their lives, which can cause confusion and static in conversations around privilege—a person who used to be working-class, and is now richer, has a very different relationship to power and status than a person who was born wealthy and is now indigent. Further, people often don't think of themselves as working-class or poor or, for that matter, rich. With discussions of race and gender or LGBT issues, people tend to share a common framework to agree about what it is they're disagreeing about. That's not usually true of class.

So, as a strategy for intellectuals on the left, I’d suggest the following: we can spend less time on strategy, and more on truth. Discussions of privilege are valuable because they help explain how oppression works, and how personal investments are connected to structural inequities. When privilege fails, it's not because there's some better strategy—there’s no magic way to get people confronting structural inequities without resistance or anger. Rather, when privilege theory fails, it fails because it isn't true, or because it doesn't manage to capture important truths. In particular, discussions of privilege often fail to confront class. Which means that the problem with privilege discussions is not that they make people too uncomfortable, but that they ignore the issue that makes people more uncomfortable than any other.