No big thing, but the logic's bad. 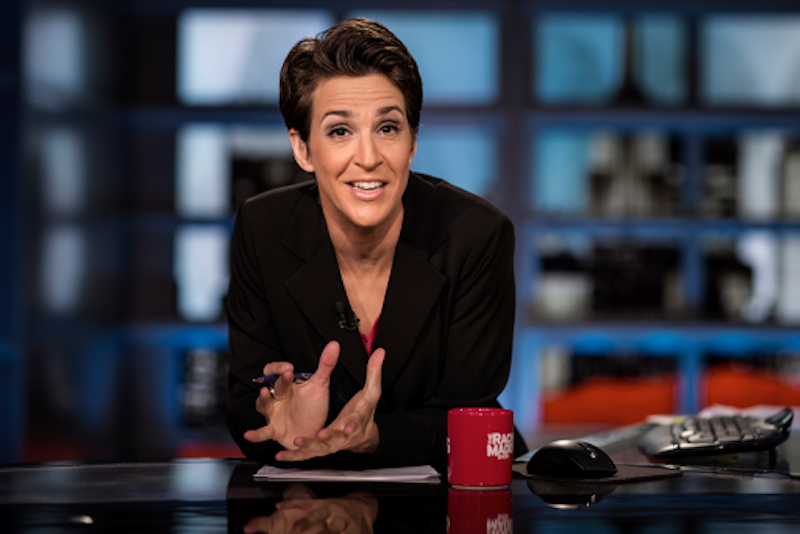 Rachel Maddow has developed a seal's bark. It comes out when she's slinging home a point. I mean, I hadn’t seen her MSNBC show for a while, a few years, but she was the cable news host that I minded the least. Now her mannerisms thicken up fast and her voice gets hoarse. She's betraying some spiritual wear and tear. I just turned her on and she did a little hit on Jeffrey Toobin, just a dainty little pop.

Toobin is CNN's talking head for Supreme Court decisions. Back in 2012, when Fox jumped the gun and said Obamacare had been struck down, Toobin really landed on the solicitor general. Said the guy did a terrible job of making the government's case.

Maddow announces that, of course, Obamacare hadn't been struck down. She swings from this to the idea that Toobin was full of it. She does a dance on this theme, and sternly reminds us that today the same solicitor general is arguing Obamacare once again, before the same court. From this point she swings to some advice: Pay no attention to early reports! Wait for the decision!

On that last bit, the advice—well, sure. But I don't buy that Toobin was full of it. The justices used the solicitor general's argument for their majority decision; therefore, Maddow says, the solicitor general's argument must have been good. But the decision says wanly that it wasn't looking for good, just “fairly possible,” as in: “The question is not whether that is the most natural interpretation of the mandate, but only whether it is a ‘fairly possible’ one.”

The argument in question is whether the government is taxing people when it fines them for not buying health insurance. Answer: yes, and that's fine constitutionally because government has the power to tax. Of course, the law itself did not present the fine as a tax, but the idea is to find something that lets the show go on. The justices squinted a bit so a new law could function instead of getting struck down.

The courtroom performance of the solicitor general gets the credit, but maybe the people who panned his performance—at the time, before the Fox report—knew what they were seeing in front of them. There was a lot being said against the fellow, notably by Toobin, during the arguments. The justices went the government's way, so people decide he was good after all. Well, sure. For a few months after the election of George H.W. Bush, now remembered as a preppie cluck, the press wrote him up as an instinctive whiz at retail politics. After all, he'd won.

Toobin himself buys this logic. He considers himself to have been wrong and he apologized. Now Maddow's digging him out because throwing pellets at each other is something cable news personalities like to do. Her seal's bark makes itself heard during the segment. Up goes her voice, her shoulders move. I think she gets like this during hard moments. Later in the show she has to cheerlead pretty fierce for Hillary and putting the email mess in perspective. “Say it with me now,” Maddow says, shoulders following their track. “Everybody does it!”

Before getting on Toobin, Maddow opens the show with Bill O'Reilly, teller of tales. The segment is a neat job, and she sounds gay and upbeat. At the very end, one does wonder about a joke she makes, a toss-away about seeing pictures of the big guy's ratings shooting her ratings in the head. The original, of course, was nuns getting shot in the head. But whatever. People say stuff, and these cable people are fierce about their ratings.