A Sad Old Soldier Once Told Me a Story 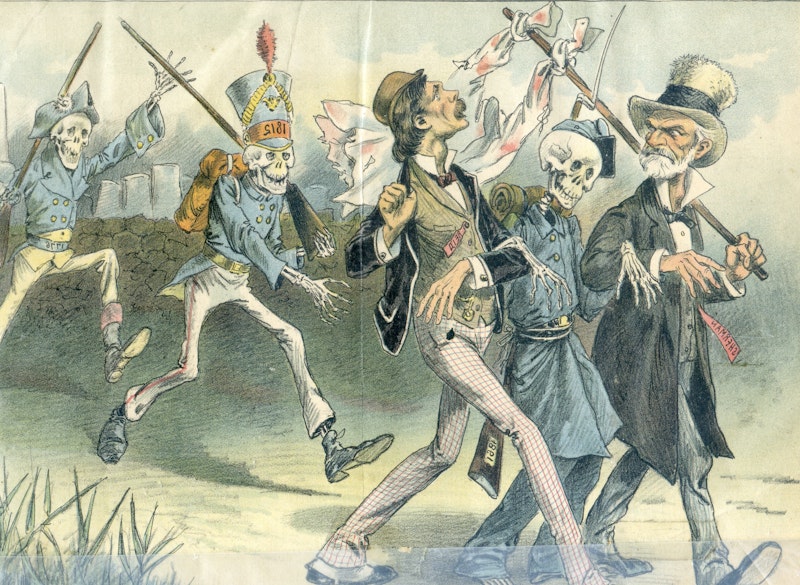 Last Saturday, around noon, I was on our front lawn in North Baltimore, waiting for my son to make our daily foray to the only Starbucks open in the area—this one inside Lower Charles Village’s Safeway; why Starbucks franchises were closed for so long is beyond me, while Dunkin’ Donuts and independent luncheonettes remained open—when I saw the Navy’s Blue Angels and Air Force’s Thunderbirds fly over our part of town. It was pretty cool—I like such a demonstration, same with fireworks—but it was ephemeral and a waste of money (How much was spent on the air shows is hard to find. There’s no mention of an exact cost that I could find in The Washington Post, New York Times or Baltimore Sun. Not so long ago, even in a news account sympathetic to the display, would, as a matter of course, report the expenditure.)

As reported in The Baltimore Sun, Maryland’s Gov. Larry Hogan (who’s performed well during the pandemic, and he’s making the most of it, appearing on about 100 cable shows; granted, he’s a politician, and term-limited as governor, obviously throwing out chum for the 2024 presidential primary; and recently he’s acted with extreme deliberation on “re-opening” the state, or at least part of it) said the spectacle was in honor of virus front-liners. “We can never fully express our gratitude for our incredible healthcare heroes. May God bless each and every one of them.”

That’s a sentiment that only a miserable cur would contest, but yet the fighter jet show was ultimately frivolous. Why not line the pockets of the healthcare workers that Hogan rightfully praised, some of who may get sick themselves or have relatives who are now out of work? The Blue Angels and Thunderbirds also flew over New York City, Philadelphia and Newark; again, I think, a misallocation of resources.

Not incidentally, as of May 6, 60 percent of Maryland’s 1,338 COVID-19 deaths occurred in nursing homes, which again makes Hogan’s delay of easing restrictions more stark.

I’ve no idea whether Joe Biden’s continuing problem with Tara Reade’s accusations of the then-Senator’s unwanted sexual improprieties in 1993 are true, and it doesn’t appear many other people do either. Even if accepted, with some evidence, as accurate, it wouldn’t register with voters in November since Donald Trump makes Biden seems like a prude in comparison (and both can thank Bill Clinton for immunizing almost all political candidates against sex charges). Reade, in blunt terms, is the least of Biden’s problems. Right now, Trump’s daily blather, and, more importantly, the virus’ human and economic toll are effectively campaigning for Biden, even as he remains sequestered, aside from the occasional “Holy Smokes!” tweet. That likely won’t last forever: the markets are holding steady (for now) and even though there’s a disconnect between the Dow and Nasdaq—most Americans aren’t active investors, even if they have modest portfolios—the market’s stability is a sign of hope, even for those whose job is hanging by a thread.

The New York Times’ Maureen Dowd, who’s also not sure what to make of Tara Reade, wrote a very odd sentence in her May 2 column [emphasis mine]: “I’ve covered Biden my entire political career, and he is known for being sometimes warmly, sometimes inappropriately, hands-on with men and women. What Reade accuses him of is a crime and seems completely out of character.”

Dowd, in September of 1987, ended Biden’s 1988 presidential run with a Times news story revealing his plagiarism of British Labour leader Neil Kinnock’s speeches, an important scoop (and a real one at that) that vaulted her into favored circles at her paper. But that she says “my entire political career” is weird: she’s not a politician, but a former reporter and now pundit. It’s true that Dowd hasn’t done a dipsy-doodle and crossed over from journalism to working for a president (like Tony Snow, Jay Carney, Ron Nessen, Pierre Salinger, Larry Speakes, James Hagerty and Jerald terHorst—although his stint as Jerry Ford’s press secretary lasted about 10 minutes). Unless it was a slip-up that wasn’t corrected by a Times editor ("journalism" career, not "political") maybe all the pretenses that, amazingly, still hold up to some extent today, the media is distinct from the government have been dropped.

The tides wash in all sorts of garbage now—far more than four months ago since so many people are at wit’s end, working or procrastinating at home. Here’s something I can’t comprehend: my Twitter following is modest, but not a day goes by without seeing a bunch of tweets from men or women who have a Birthday Child in the house. I’m paraphrasing from the dozens of examples I’ve seen recently, but it goes something like this: “My son/daughter turns 12 today but because of the lockdown his/her party is confined to Zoom. It would mean SO much if you could tweet a birthday greeting!” And, naturally, several thousand strangers do just that. I suppose it’s just an instinct, on the order of a perfunctory “Thank you for your service” upon seeing someone in uniform, but fairly meaningless.

On a more morbid note, I also don’t understand why people who’ve had a relative die (not necessarily from COVID-19), tweet the news less than a hour after the loved one drew his or her last breath. Live and let live, and all that malarkey, but don’t these social media users have family to either celebrate a birthday or grieve a death without advertising it to the general public? It’s one thing to chronicle, say over the course of a year, the progress of a disease—film critic Matt Zoller-Seitz did just that, updating his now-late wife’s cancer treatments—since it can be educational (discussions of various hospitals, drugs, health insurance robbery, charities and so on) and a genuine service as well as cathartic project, but a shot out of nowhere (“My uncle died at 5:30. Prayers, please, if you have any left") is simply illustrative of social media’s Lonely Hearts Club culture.

And then there are the ads on TV (a car dealership, the narrator in a grave voice, talking about “these difficult times… we’re all in it together,” and then going for the sell, offering three months of suspended payments when you buy a new Ford) and emails.

The Nation, a magazine that I haven’t seen in several years (I once subscribed) is more promiscuous than a tweaked rentboy in London’s Soho or five-trick-a-night-hooker in any major city’s facsimile of what were once called “red-light districts” with its monthly panhandling for subscriptions, or, more baldly, just cold cash. The latest from Publisher/Editorial Director Katrina vanden Heuvel: “We’re living out an unprecedented time in American—and world—history. The disproportionate impact of COVID-19 on communities of color shows anew how harshly racial iniquities play out in our society. Use this time at home with your children to help them learn about the history of inequality and progress in the United States. An ideal remote learning resource, The Nation Classroom is available for just $9.99 a month… Stay healthy, stay informed, and stay home.”

And if the “remote learning resource” doesn’t tickle you, there’s always The Nation’s Wine Club!