It would be better if Biden were a good man. But he's a better choice than Trump. 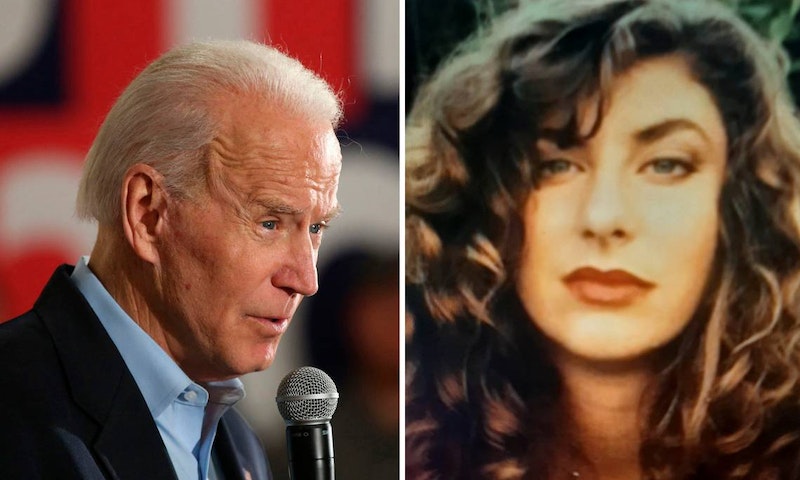 Suppose you’re an American who wants to vote Trump out of the presidency in November. As things stand, that means you’ll have to vote for Joe Biden. Part of the reason you’re against Trump is that you want a somewhat decent human being as president. How do you react to Tara Reade’s allegation that Biden sexually assaulted her in 1993?

You can find one answer on Twitter. Look at the responses to almost any article that takes Reade’s case seriously. You’ll find a lot of very impassioned people insisting Reade’s a dupe of the Russians, an agent of far-left nihilists trying to destroy the Democratic Party, a liar and then some.

Set aside for the moment the valid questions of what actually happened and what justice would look like in this situation. Reade’s accusation has generated a lot of heat from people, apparently rank-and-file Democrats, who deny or try to debunk it. It’s hard to work out what’s genuine when it comes to politics on Twitter; some of the angry responses may be political showmanship by Democratic operatives trying to smooth the way for their candidate. But surely not all. Some of that heat represents the views of voters, who are determined Joe Biden didn’t do a very bad thing.

It would be better if Biden were a good man. But he might still be the better choice for president even if he weren’t. Politician try to present themselves as the friend of the voter, but it’s a mistake to believe it. It’s more likely that the politician is a weird and unsavory mix of idealism and the drive for power.

You become a politician because you want to tell other people what to do; because you want to organize the world the way you think best. Those desires may be guided by some kind of philosophy or moral logic, and in turn sometimes that’s good and sometimes it isn’t. But a politician deals in power the way a baker deals in flour. You’re caked in the stuff. And someone so interested in power is unlikely to be a wholly good person; is more likely to be the sort of person who doesn’t care much about other people.

A politician is someone doing a job. It’s good if the people who work for you are people you approve of. But sometimes it happens that your choice of professionals is limited by circumstance. So it is in the United States every four years.

As a candidate Biden’s flawed, but Trump is manifestly worse. Biden’s stumbling and sometimes confused in his speech, repeating stories that didn’t happen quite the way he recalls them; but this is nothing compared to Trump’s delusional word salad. Biden has made bad policy choices, for example in voting to approve the Iraq War; examples of Trump’s malfeasance include eliminating the position of global health czar on the NSC and cutting funding to the Centers for Disease Control and Prevention, among the policy errors leaving him flailing about in the current pandemic.

Reade’s allegation of sexual assault against Biden is disturbing, and follows other women describing incidents in which Biden unexpectedly laid hands on them in ways that made them uncomfortable. On the other hand, there are so many rape and assault allegations against Trump that there’s a Wikipedia page on the subject. Between Trump and Biden, the choice is distasteful, but under the peculiar American two-party system, inevitable: Biden’s the lesser evil, even if the charge is true.

Democratic politicians can’t acknowledge this. They have to publicly support the man their party’s putting forward in November. And it’s unpleasant for adults who broadly agree with Democratic or left-wing ideas to accept voting for somebody whose conduct is so offensive. Easier to insist that the conduct never happened.

Maybe it didn’t. It’s impossible to be sure. So insisting that Reade is acting on purely political motives, or declaring her an obvious liar, is fuelled by cognitive dissonance: it’s a neurotic attempt to square two views that directly contradict each other. Why not simply accept that Biden may be a good man, or may not, but that either way he’s better than Trump?

Perhaps because it’s inconvenient for the message Biden’s campaign is trying to convey. Early signs are that they’ll try to draw voters by contrasting Biden’s character with Trump’s, rather than argue issues or competence. In that context, Reade’s allegation is damaging; it undermines the story the campaign wants to tell.

It’s an odd choice of story, but easier to accept than living with uncertainty. It’s one thing to say that the other guys have put forward an unacceptable and immoral candidate. It’s another to accept your party’s chosen a very flawed individual. But that was the case four years ago. It’s the case this year. Outrage against Tara Reade might be more profitably directed against a system that keeps throwing up bad candidates for the country’s highest office.